Take Crypto Gambling to a New Level with Polygon on 1xBit 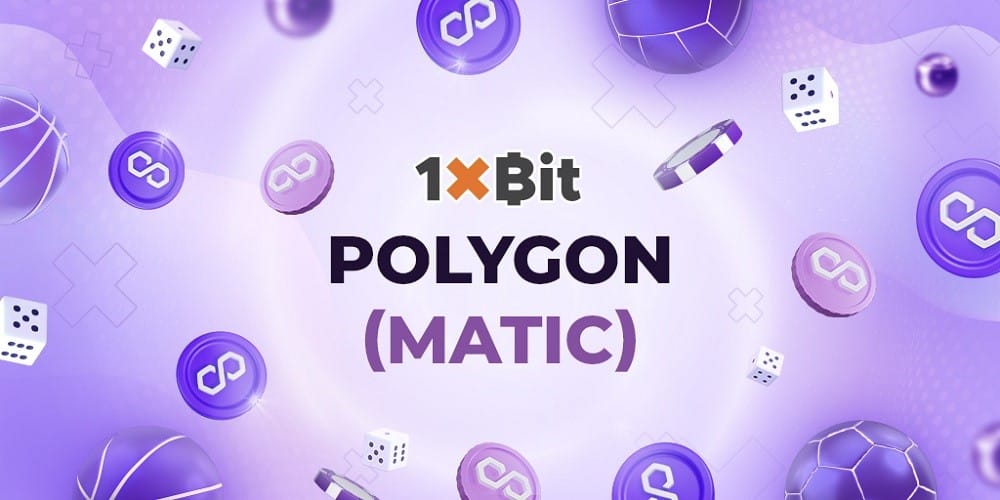 Polygon: What Is the Hype About?

Polygon is a decentralized platform for Web3 applications and dApps meant to better some of Ethereum’s most significant shortcomings. It improves scalability, user-friendliness, and Ethereum’s high transaction fees. Despite being crypto’s most popular smart contracts platform, the ETH network isn’t compatible with other blockchains, and it often gets congested, causing high transaction fees.

Polygon is here to change that. It enables interoperability with other chains and creates a system where developers can easily introduce and maintain their own Ethereum-compatible networks. Thanks to Polygon, the industry’s biggest smart contracts platform has become an Internet of Blockchains.

Polygon’s native currency is called MATIC. The coin’s maximum supply is 10 billion units, with 85% of those already in circulation. Polygon can be proud of its achievements so far with over 130 million users benefitting from the strengths of its network. The blockchain handles more than 3 million transactions daily, and over 19.000 different dApps operate in the ecosystem.

The ecosystem relies on a Proof-of-Stake (PoS) consensus algorithm with network validators. Polygon is, therefore, capable of facilitating 65.000 transactions per second with the potential to scale to millions of transactions a second. This speed guarantees that each new block is found in under two seconds.

The network supports many different scaling solutions: Plasma, ZK Rollups, Validum Chains, Optimistic Rollups, etc. The combined goal of all these is to drastically increase the blockchain throughput without reducing overall security and making the system complicated to use. Polygon lowers Ethereum’s workload by working on transactions on its PoS chain before a final confirmation is recorded on Ethereum’s mainnet.

This revolutionary network is fully compatible with Ethereum’s Virtual Machine (EVM). Connected chains remain sovereign and maintain their own governance models. Still, at the same time, they are all interoperable with each other and with Ethereum.

Thanks to 1xBit and Polygon, gambling with cryptocurrency is faster and easier than ever.

The Benefits of Polygon on 1xBit

Polygon transactions on 1xBit are lightning-fast and cheap. The money will be in your account in no time. It’s the perfect time to create a 1xBit account if you don’t already have one. A generous Welcome Bonus of up to 7 BTC for the first 4 deposits awaits all new players.

1xBit is an anonymous casino. Players can protect their privacy because only a valid email address is required to sign up. Withdrawals are instant and free of charge. Besides Polygon, 1xBit supports over 40 other popular crypto assets, including the most popular coins like Bitcoin, Ethereum, USDT, etc.

Take gambling to the next level with the highly scalable and cost-effective MATIC coin on 1xBit!

Disclaimer: 1xBit is the source of this content. This Press Release is for informational purposes only. The information does not constitute investment advice or an offer to invest