Nikola (NKLA) stock closed 17.72% up following the company’s claims to maintain its production timeline. However, it is still unable to erase the over 35% loss suffered since the whole Hindenburg Research saga.

The shares of Nikola Corporation (NASDAQ: NKLA) closed 17.72% high on Thursday a day after the company said that it is maintaining its production timeline as well as factory plans. Per a report from CNBC, the shares of the company which got pegged at 17.72% rose as much as 31% during the trading day despite having strains as the company’s corporate profile got tainted by Short-selling firm Hindenburg Research’s fraud allegations as well as sexual abuse allegations on the founder Trevor Milton.

The company’s executive Chairman Steve Girsky and CEO Mark Russell affirmed the company’s production timeline and factory plans remain on track, in a bid to calm investor’s following the company’s recent woes which began with a published report from Hindenburg Research which has spurred investigations into the company by the Securities and Exchange Commission (SEC) as well as the Department of Justice.

The short seller made a number of accusations including alleging that Nikola buys and does not make inverters In-House, that Founder and Executive Chairman Trevor Milton made false statements regarding the Company’s battery technology following the breakdown of its transaction discussions with ZapGo Ltd as well as underestimating the extent of hydrogen production capabilities- the core of Nikola’s business model- amongst many others.

The company in its defense has refuted these claims, stating that Nikola’s allegations are just targeted at profiting from the fall of the company’s shares. It said in a statement:

“Nikola is building novel and revolutionary technology from the ground up. As part of this process, and as part of the Company’s evolution, growth and development, Nikola has quickly and nimbly pivoted its business model based on the industry, macro environment, technology and other factors in pursuit of the most value-enhancing path forward. Nikola remains committed to enhancing shareholder value for the long term and will not waver from its mission.”

Despite NKLA Shares Up 17.72%, Company’s Position Is Still Hampered

Despite the impressive closing position of NKLA shares at 17.72%, the company is still unable to erase the over 35% loss the stock has suffered since the whole Hindenburg Research saga.

Besides these SEC investigations, the company recently witnessed the exit of its founder following sexual abuse allegations, with two women coming forward. These claims have played its part in denting the image of the company and as expected, the claims have been denied both by Milton and Nikola.

Nikola Corporation is an American company that has announced a number of concept zero-emissions vehicles since 2016 and has indicated plans to produce some of them in the future. It recently forged a strategic partnership with General Motors Company (NYSE: GM) which would give the Detroit-based automaker an 11% stake in Nikola for supplying it with battery and fuel cell technologies as well as producing Nikola’s Badger pickup, a deal that seems shaky with the recent company’s woes.

Ripple has oftentimes been embroiled in a regulatory impasse with US authorities particularly the Securities and Exchange Commission (SEC) as it relates with the XRP coin which is closely associated with the company.

Nikola shares have been on a rollercoaster in the past few months. Today they have lost nearly 24% of their value.

According to reports, 98% of Raoul Pal’s liquidated net worth would be invested in Bitcoin and Ethereum in the ratio 80:20. 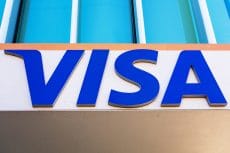 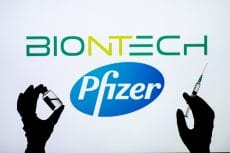 Pfizer and BioNTech COVID-19 Vaccine Approved for Use by UK 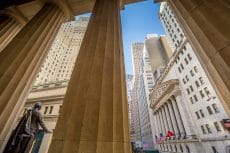 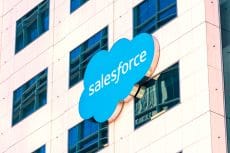 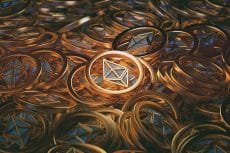