How do you make money in the growing world of play-to-earn games crypto? The trick is to stay ahead of the game.

What a time to be alive! You can already play games to earn crypto, and the play-to-earn crypto games community is constantly growing and elevating.

NFTs are non-fungible tokens. These are a type of utility tokens that can be used to represent an asset in an NFT game. They can be anything from trading cards to virtual real estate for virtual worlds, and they’re taking the gaming industry by storm.

It’s no secret that Web3 empowerment is coming to video games. The ability to own your gaming assets has increased drastically over the past few years, in both mainstream and blockchain gaming alike.

Play to earn crypto games reward players for the in-game assets they own as well as for in-game activities, like winning battles in PvP gameplay with in-game currency, the game’s native token, or even free NFTs!

Eventually, all games will have ownership features, and reward programs will come to be expected. This is really all a movement toward player empowerment.

In some of the most popular play-to-earn crypto games, control of in-game items can even be delegated from one player to another. This is essentially a way of “renting” NFT items so that free players can earn from an NFT game.

This kind of delegation in the top crypto games opens up the blockchain-based game world to the free-to-play world.

Check out the following list of play-to-earn crypto games. We won’t go into too much detail about any one game.

This list by no means represents every project out there. It’s just a great variety of hand-picked ones with either a solid history, a bright future or both. Let’s get started! 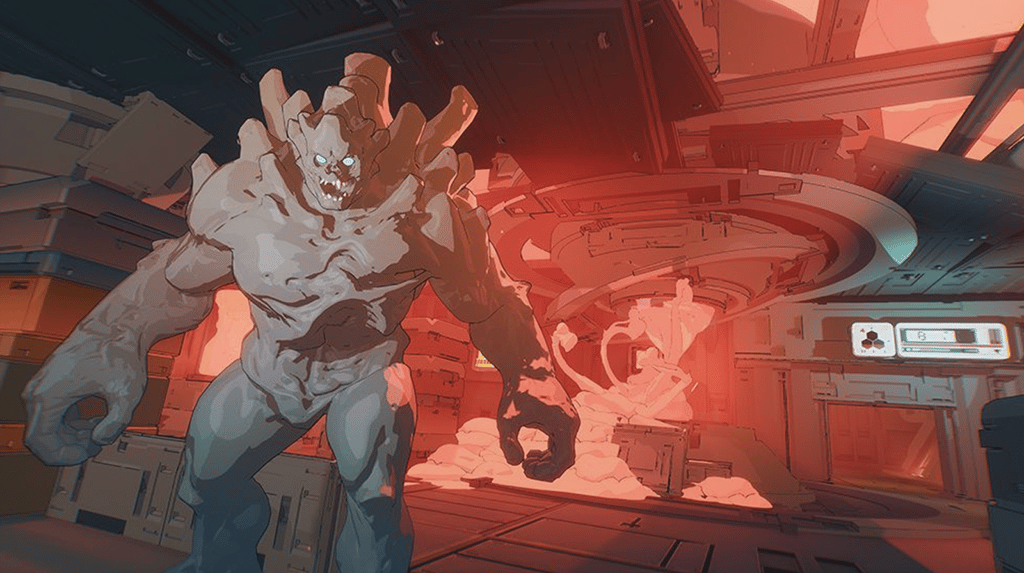 The best thing about games you can play to earn crypto is that they can be absolutely any genre, like this squad co-op rogue-lite.

In this upcoming game, you battle against superheroes gone bad, mad with power on a substance called “Juice”.

The art for Superior is incredible, as is the style. The gameplay is really well-designed and smooth.

You can customize a character that you actually own as an NFT, building up their levels and skills permanently as you go.

Cooperate in squads of other players to kill the superheroes and level up your NFT hero as you earn rewards.

A lot of details are still to come about the game, and only a few playtests have taken place.

Axie Infinity is perhaps the most well-known game in the play-to-earn gaming space. It’s been around for several years now, and it’s had some major ups and downs.

Axie Infinity is centered around the ownership and cultivation of disgustingly cute little creatures called Axies.

Axis can be bred, traded, and battled with one another in various ways of interacting with a fairly well-developed and complex economy.

So far, Axie Infinity has onboarded a large number of new players to play-to-earn gaming, in many cases giving them opportunities to earn.

Some of the earliest pioneers to start playing Axie Infinity have amassed huge fortunes in Axies in the virtual world.

Most players of Axie feel that without the rewards and monetary value, there’s no chance they would play Axie.

Axie has also been the victim of its own status as what’s widely considered one of the best crypto games out there. It can be difficult for new players to get into the game without losing money on a massive initial investment.

While for the most part, the crypto space is the untamed frontier, for Axie their virtual world is already full of a lot of web moguls. 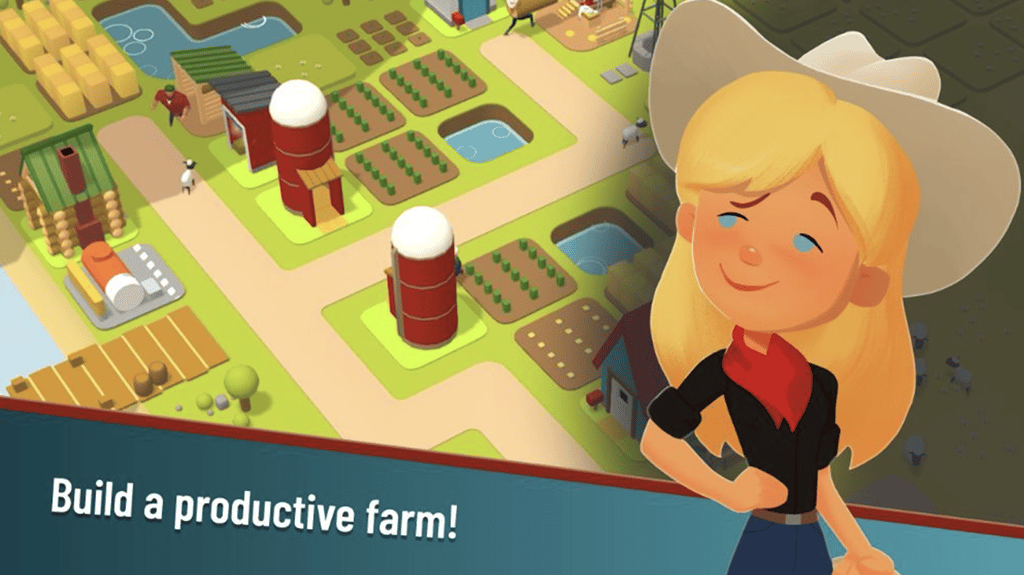 It’s a relaxing game that’s all about building and growing. At first glance, it’s a simple game you might play to pass a few minutes.

Pretty soon though, you notice that this game is an intense strategic challenge- especially if you test your skill in one of the free competitions with real prize money.

Players do what they can with 16 by 16 squares, trying to grow, craft, and sell their way to the top of the leaderboard before the clock runs out.

Using owned NFTs, players can get in-game advantages as well as unlock play-to-earn rewards that can be collected daily if a daily challenge requirement is met.

It’s easy to earn when you own items in Town Star. All you need to do is have an NFT collection, then earn the required points each day which will yield you TOWN – tradable on Ethereum or Binance Smart Chain.

For players who are less interested in the strategic aspects of the game, it can quickly start to seem repetitive. 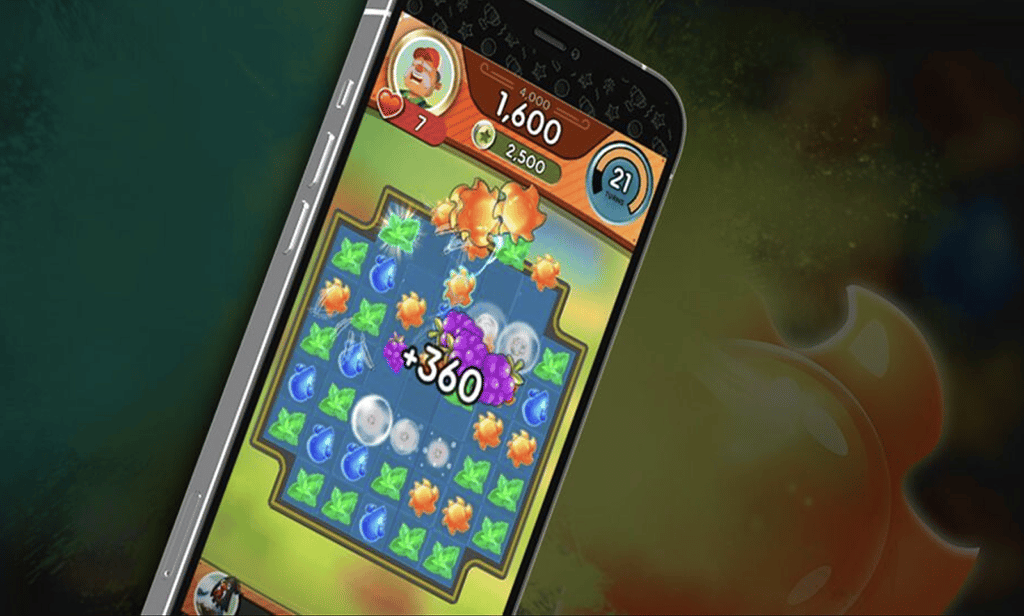 Town Crush is included in this list as one of the super easy play-to-earn crypto games out there. It’s a simple Match 3 game that was created as a Town Star-themed spinoff for the existing Town Star community.

In a recent Town Crush challenge event, over $400,000 was given away to players who were able to complete all 12 levels in the limited demo game – not a bad way to earn tokens!

The thing that Town Crush did correctly right out of the gate was a perfect execution of the extremely simple match 3 genre.

It offers features to expand on the genre in interesting ways. Like many other match 3 games, it adds in little twists and lucky block mechanics.

This game has barely been released in an early playable demo. 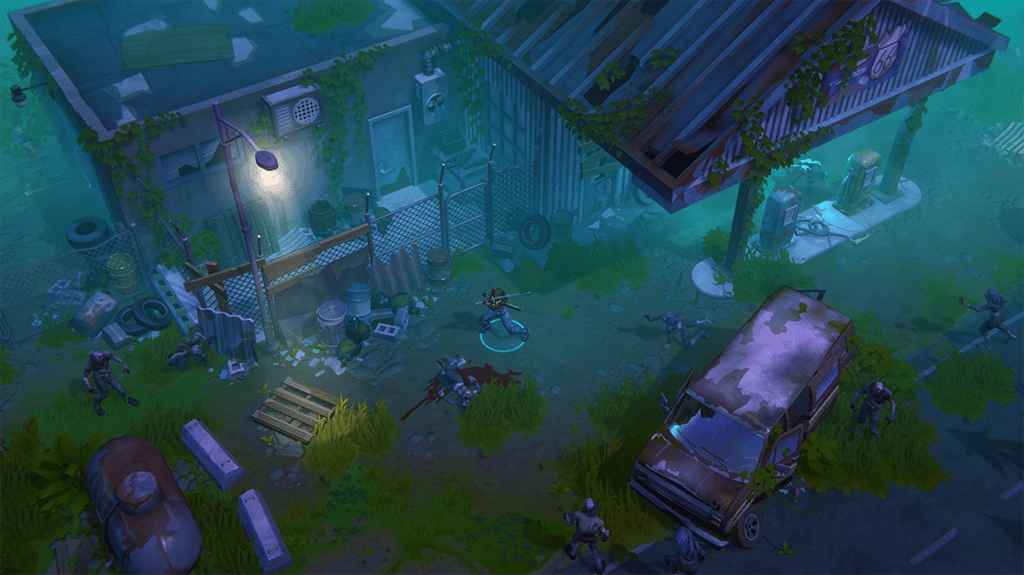 The Walking Dead is not only a great TV show, but the franchise has been involved in some quality games already.

On top of that, this may be the first crypto game that combines open-world survival mechanics with the real item ownership of play-to-earn gaming.

Players will scavenge for supplies and try to survive while protecting themselves and their allies from both living and dead enemies.

This game may use the world of the Walking Dead, but the game won’t be bound by the action of the series.

The art is pretty awesome, and the use of the top-down perspective is expertly done. The developers seem to have several really solid plans for types of ownership, including land plots, weapons, crafting stations and more.

Many players’ biggest concern with a game like this is the risk involved with playing. Can you lose all your stuff if you get bullied by powerful neighbors?

These kinds of questions have not fully been answered. 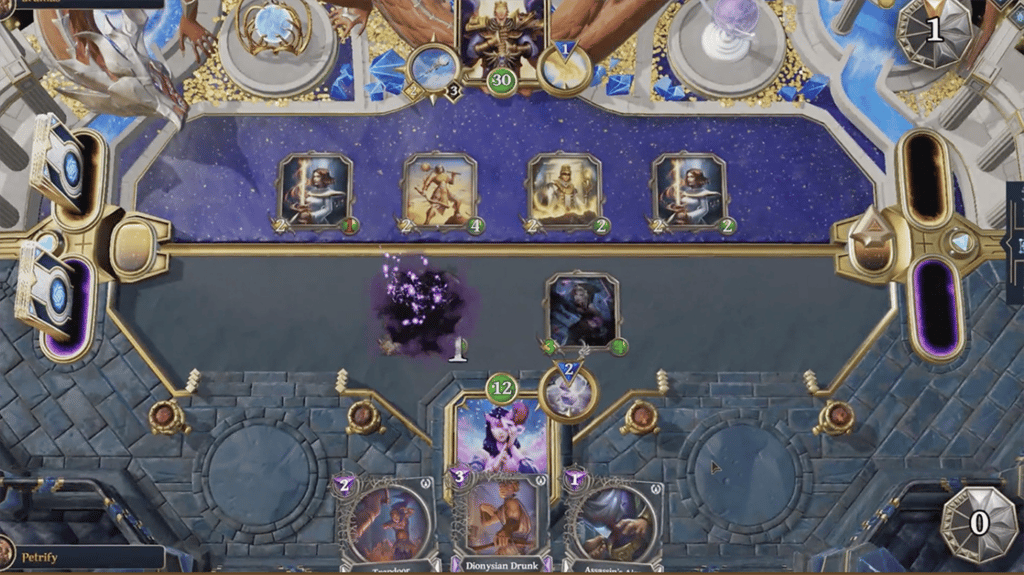 Gods Unchained is a complex collectible digital trading card game, first created several years ago as one of the first active projects in the play-to-earn gaming world.

Players collect cards that are owned as NFT items, then use them to create decks which they use to duel against other players in the turn-by-turn card battles.

Gods Unchained has already stood the test of time as a play-to-earn game, lasting through multiple crypto bear markets with a loyal player base.

The Gods Unchained marketplace allows players to easily swap their digital assets, or they can be traded in the broader market on the Ethereum blockchain.

The game also allows you to start playing for free and earn GODS token, and is one of the most accessible blockchain games.

Many players have complained that the game has peaked, and is hurt by having to deal with Ethereum-related gas problems. 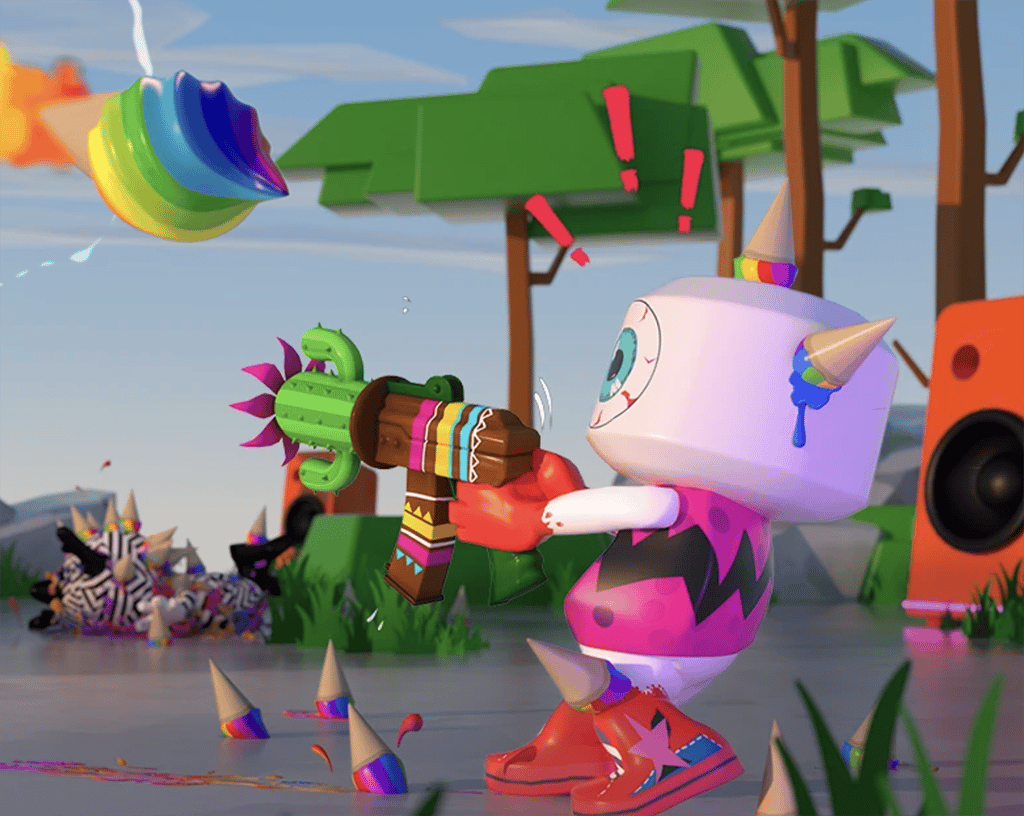 Party games aren’t going to get left off this list of crypto games. Blockchain technology can enhance gaming in all sorts of ways, as Blankos Block Party clearly demonstrates.

This game was created by a well-known developer from the mainstream as a mainstream solution to the rampant curiosity around NFT gaming at the time.

The game is super compelling and fun to play. It makes you feel like you’re earning things immediately. The things you earn at the beginning have no possible value, but still…

There’s not really a true play to earn economy in Blankos. They have gone part of the way there, by allowing players to actually own and trade assets, but compared to the other games on this list, there are way fewer opportunities to make money with Blankos.

Splinterlands was one of the first NFT games created over four years ago. It’s a fairly basic trading card game, but with different core rules than most TCGs you’re familiar with.

It’s a drafting game where the players’ job is to pick a small team of cards from their larger collection to compete in a given set of rules and restrictions.

The gameplay is really quick. Each battle only takes 2-3 minutes, and you can easily click away to another tab and work on something else while you engage in PVP gameplay, complete quests, and earn passive income.

If you play every part of the game, you can earn lots of rewards as both NFTs and Splintershards– the game’s native token. The more you own, the more you can earn.

Many Splinterlands cards have greatly declined in value from their highest prices in the past. The game isn’t quite as rewarding as it used to be. 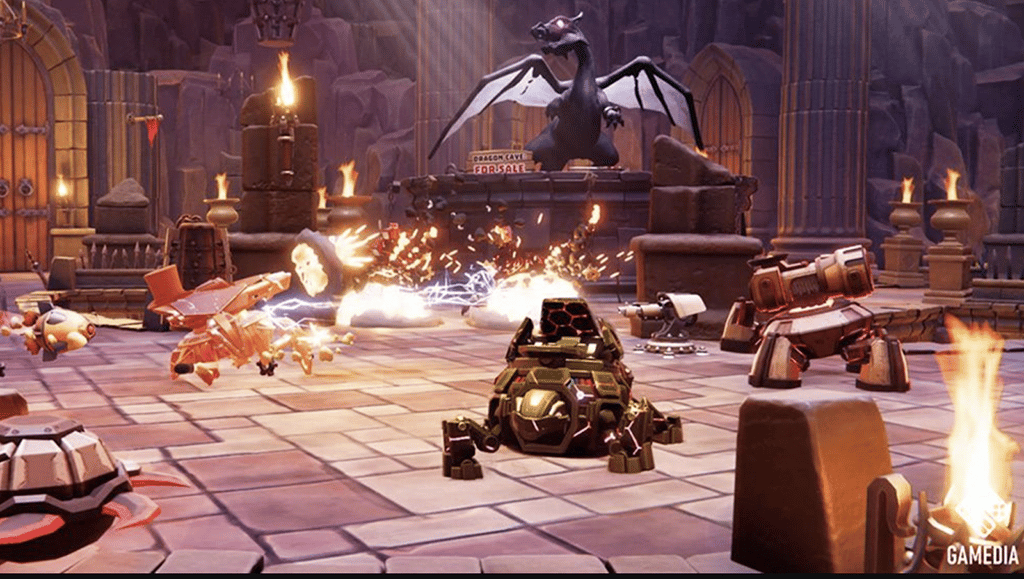 If you’re ready for some mech brawling with web3 tanks, Spider Tanks is the play-to-earn game to check out. It’s polished, it’s quick, and it’s fun.

In addition to all that, the game will have a sweet economy with lots of ways to earn – even for an NFT game. The more you win, the more you’ll earn. The more you own, the more you can earn. Free players will even be able to rent tanks and other parts from owners for a reward share.

The game’s release has been continually delayed as tweaks are constantly being made to the economic plans. Everyone enjoys battling for free, but they are all eager to start earning real rewards. 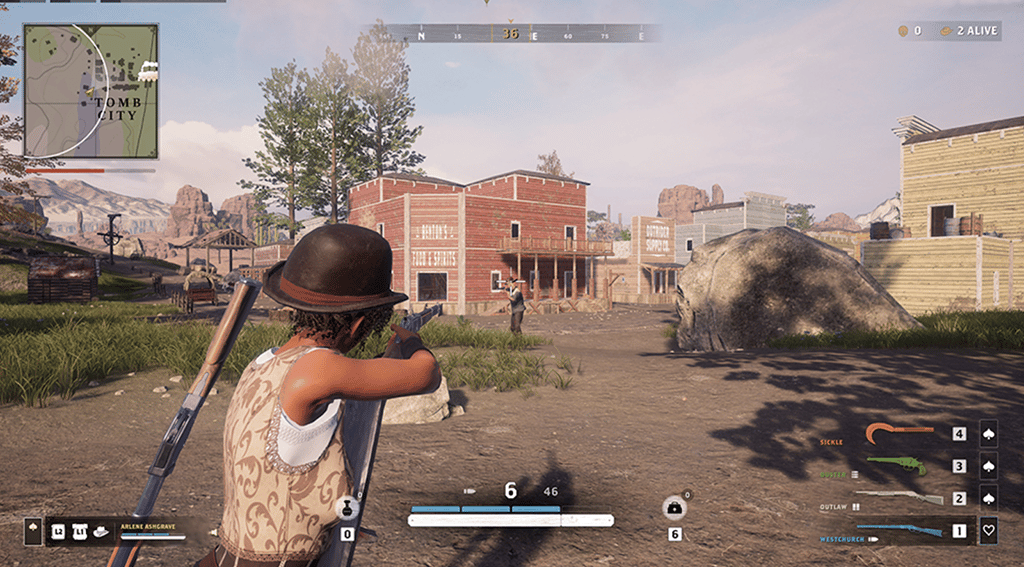 This Wild West battle royale game is coming soon to the Epic Games Store, where nearly 200 million users will get to see the power of play to earn gaming for the first time. This is huge.

There will be lots of ownership and earning opportunities, like the Gunslinger boxes currently floating around on the secondary markets. They’ll soon be opened to reveal a unique, generative playable gunslinger for each owner.

This game is going to be a stepping stone toward play to earn gaming, enticing them with rewards and a high quality crypto game on a platform they trust.

Some early critics of GRIT have already complained that it lacks originality, having a feel so similar to PUBG.

Ahead of the Game

How do you make money in the growing world of play-to-earn games crypto? The trick is to stay ahead of the game.

The best play-to-earn opportunities for future player-owners are found in the development stages of web3 games. Now get out there and start playing to earn!

Whether players are looking for the best games to win crypto or are simply interested in watching a new technology emerge, NFT gaming is an exciting place to watch out.

In 2014, the crypto community welcomed play-to-earn games (P2E) like Moshnake, where players are rewarded for their wins with NFTs, Bitcoins, or Ethereum.