On Thursday, August 6, BTC has stopped growing, waiting for new catalysts. It is generally trading at $11,745.

On W1, the BTC is developing an ascending wave after the breakaway of the long-term resistance line, which also changes the long-term technical picture. The quotations are aiming at the resistance line of the new channel – the level of $14605 USD. Further growth is supported by Golden Crosses on the MACD and Stochastic. We may forecast that after the current goal is reached, the market will pull back to the support level of $9680 USD, which will be a “test from above” meant for securing on the positions and further development of the uptrend. 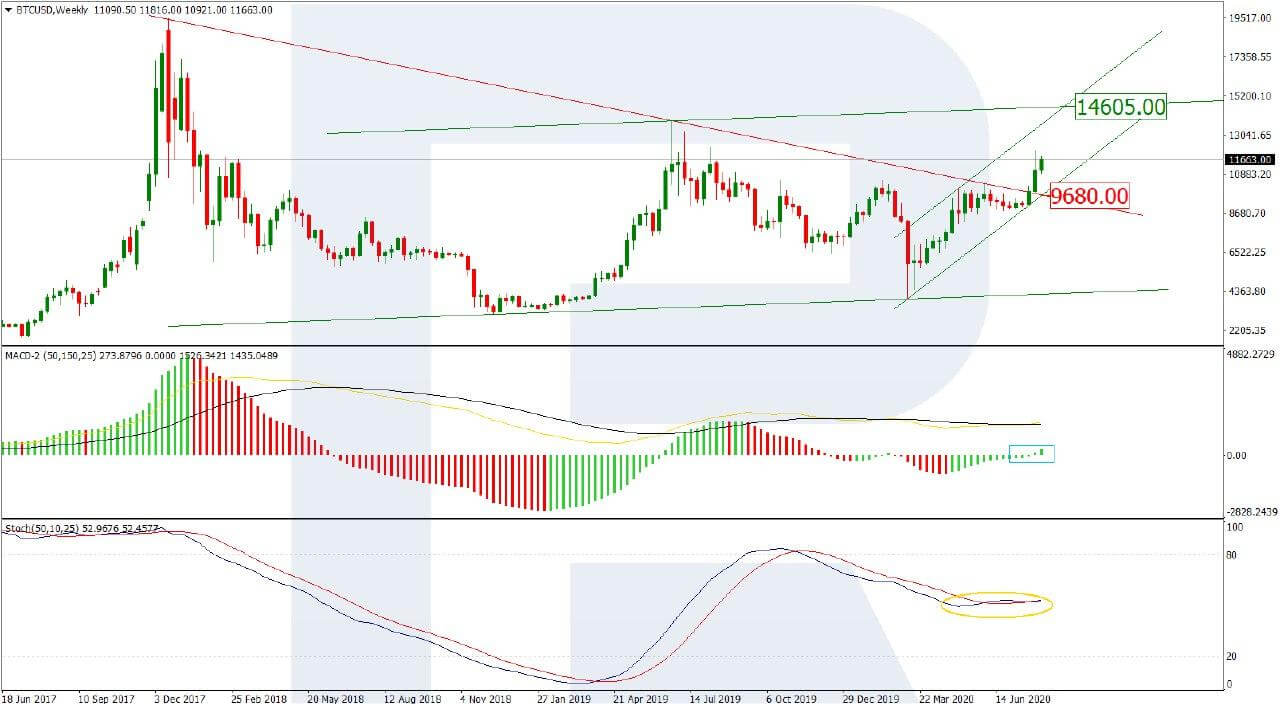 On D1, the uptrend stopped for a short-term correction. This is confirmed by a divergence forming on the MACD. The quotations are squeezed in a Triangle between the support and resistance levels: $10800 USD and $11885 USD, respectively. The price may break away either of these borders, but judging by the ascending dynamics of the MACD, after a Golden Cross, we should expect a breakaway of the resistance line and growth to $13400 USD. 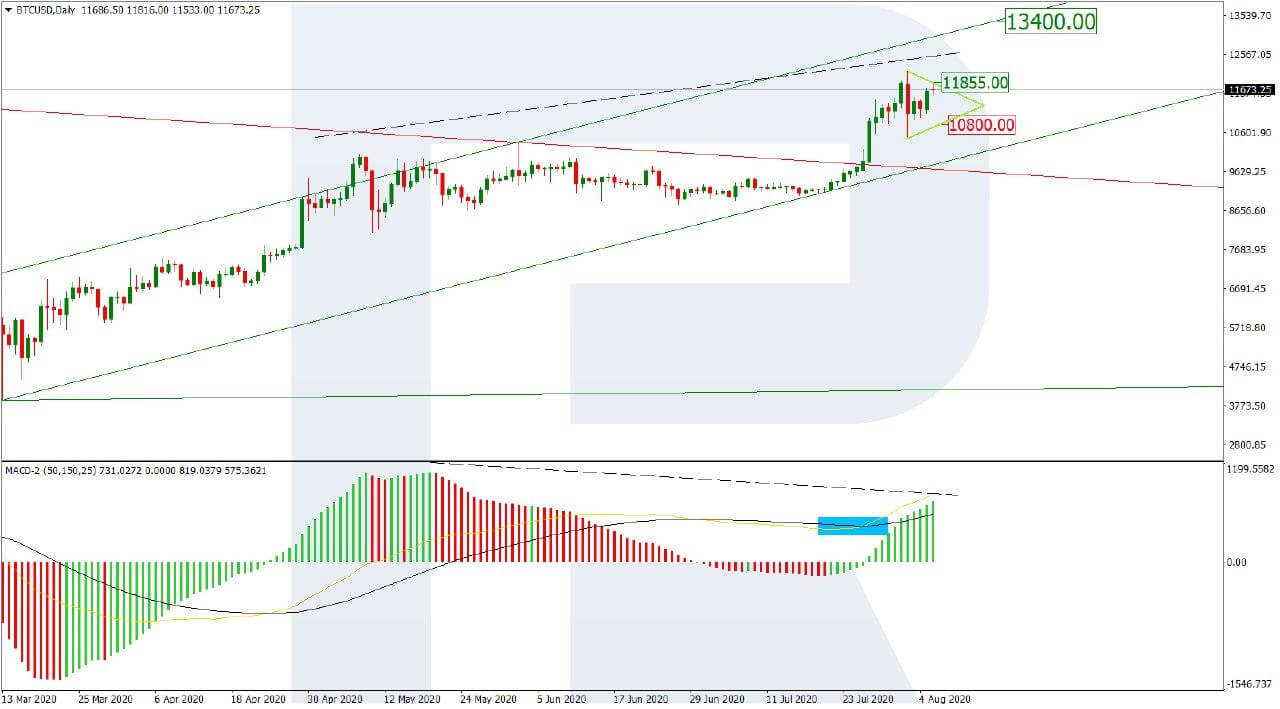 On H4, we can see the correctional phase after a divergence on the Stochastic in more detail. The current test of the upper border of the Triangle in the short term may end in a bounce and a decline to the lower border of the pattern. 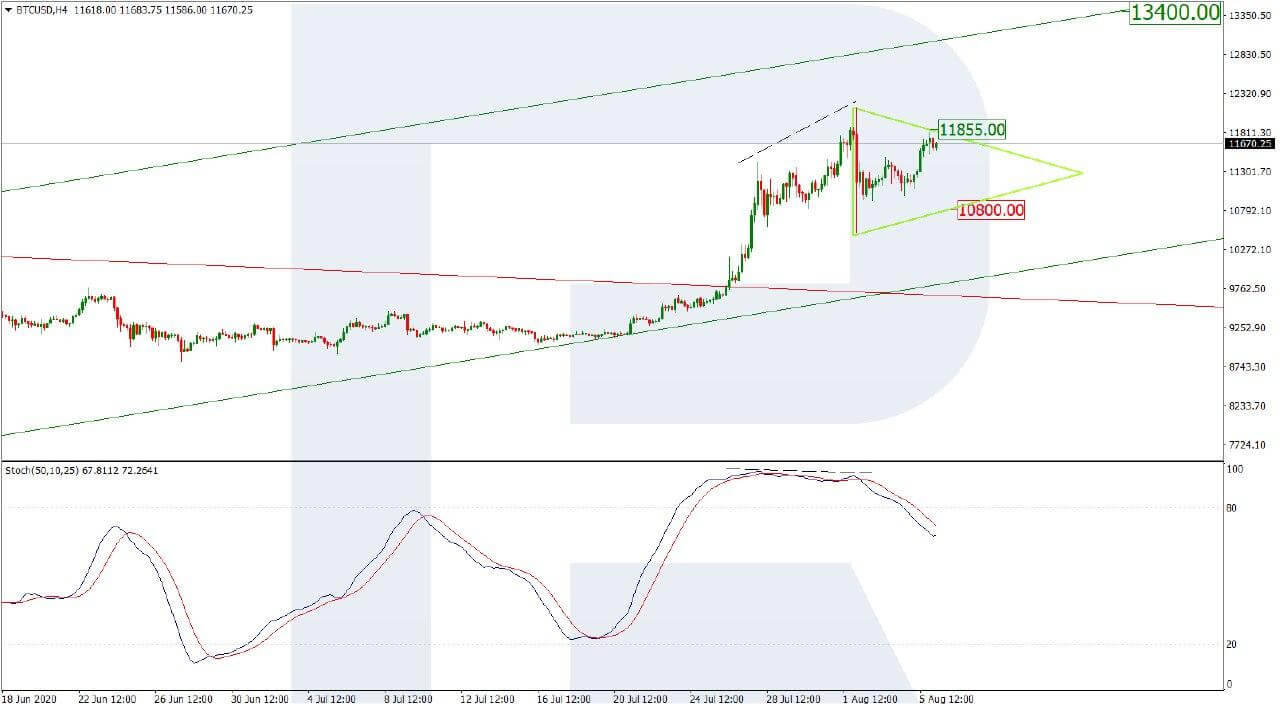 The closer cryptocurrencies are to real life, the clearer and better their perspectives. And what can be closer to reality than a vacation?

The banking sector is also stepping forward. For example, Basler Kantonalbank will let clients store cryptocurrencies on the deposit starting 2021, and later trade cryptocurrencies via its subsidiary. The company is Bank Cler, and it has all the necessary instruments. This is the first time in Switzerland when work with cryptocurrencies is officially supported by the state.

For work with cryptocurrencies to be smooth and predictable, digital money must first get into the center of the digital competence of Bank Cler. Clients will access such functions only after successful tests.