This Congress continues to innovate in its structure; technological innovations, new developments and talks will not only be presented of a very high academic level, it will also have a series of workshops carried out by great experts, which will be aimed at novice users and users with great specialization and a series of conferences the days before the event, in institutions educational centers of the city, to make the importance of this technology and the possibilities of personal development and professional that are a reality at the moment.

In addition, it will include discussion tables in which the major players surrounding the blockchain industry on regulatory issues, finance and legal development, will have a space in which to advance in solving and reaching the necessary quorum to consolidate this technology in a city like Granada, open to technological advances and its modern society.

The BWT has been changing the traditional concept of congress and has focused on a more modern and active way, a concept new, of which there are still few references at a national and even international level, although it is the concept mostly developed in the different congresses or Summits on bitcoin and blockchain carried out worldwide. 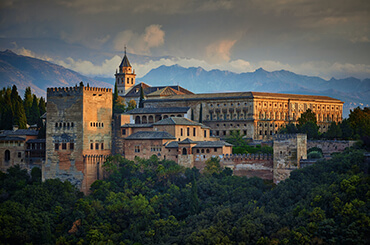 Granada is the capital city of the province of Granada, in the autonomous community of Andalusia, Spain. Granada is well known within Spain for the University of Granada which has an estimated 47,000 undergraduate students spread over five different campuses in the city.