With the tokenization of in-game assets, GameFi is finally ready to set sail, merging decentralized finance with blockchain gaming.

At the beginning of 2021, hardly anyone was aware that non-fungible tokens even existed. The path NFTs had to tread to make their way into the public’s consciousness is very much the same as Bitcoin’s. At first, people dismiss it, only to regret their decision deeply a few years down the line, wishing they had invested in it sooner.

The NFT ecosystem is following a similar trajectory, although drastically accelerated. The first NFT, so I’ve discovered, was called “Quantum” and was created in 2014 by artist Kevin McCoy and coder Anil Dash on the Namecoin blockchain. However, for NFTs to make it big, first Ethereum had to be popularized, along with all of its decentralized applications (dApps).

In the first half of 2021, NFTs really took off. So much so that smart contract platform alternatives to Ethereum, like Solana, can thank NFT collections for their explosive growth. Those with the foresight to invest in these collectibles early on would have made a fortune by now. Solana was popularized to high heaven on the back of Degenerate Ape Academy, achieving 27,194% growth in the process.

Of course, Solana can also thank exorbitant ETH gas fees for that stellar rise. Degenerate Ape Academy NFTs themselves sold and resold for nearly $227 million, while Solana’s total NFT sales since August have surpassed $500 million. This is the power of NFTs.

They turn something ‘boring’ – i.e. decentralized finance, into something more appealing. Just like artwork in the physical world, NFTs are digital feathers to adorn one’s cap, signaling social status. Who creates the NFTs and for what purpose can also drastically impact their value. Moreover, both Facebook and Twitter have announced integrating NFT into their social media profiles, to enable people to use them as avatars.

As you can see from the Degen Apes above, portrait-style NFTs are perfectly made for this purpose. It’s what makes them ideal for in-game characters as well. Bank of America’s report on Digital Assets Primer: Only the first inning noted that Axie Infinity is the first major blockchain game to have successfully merged NFT with gaming. 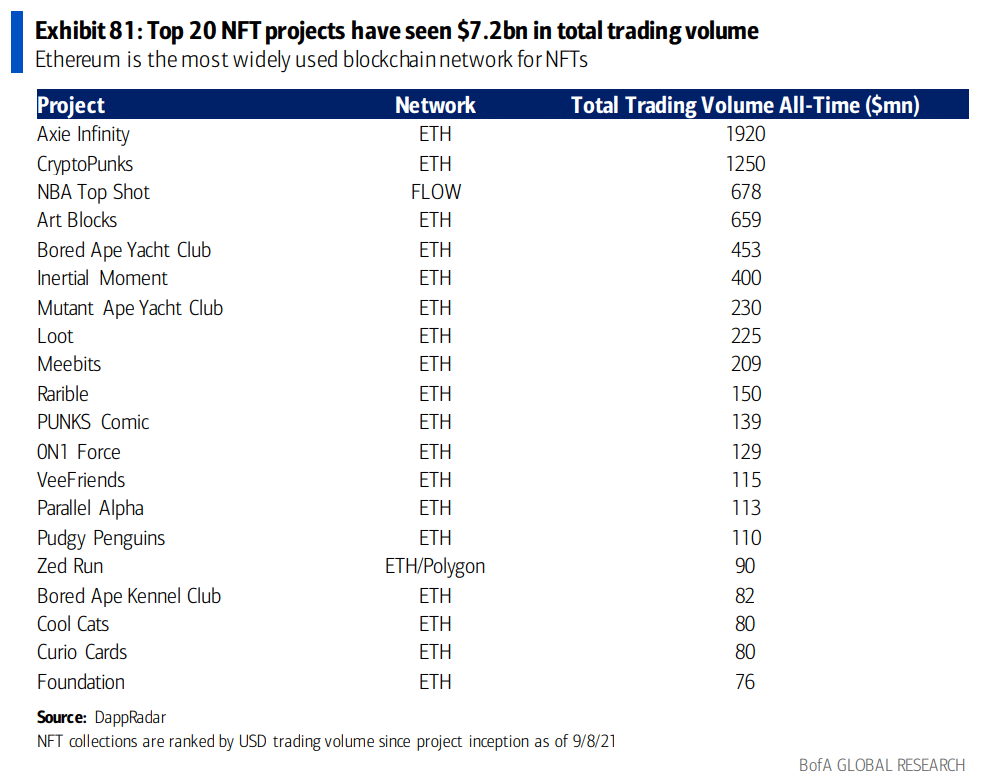 I’m deeply interested in Axies, since they equate to NFTs that can be used to play a turn-based tactical game – this, to me at least, makes the potential of NFT glaringly obvious. As the title of Bank of America’s report suggests, we are only just at the beginning of what is possible with digital assets. Could our SIDUS HEROES be the next big thing in blockchain gaming?

Before blockchain, there were in-game currencies and in-game assets but there was no efficient way to export either. One could create seedy, third-party black markets for Roblox’s Robux, RuneScape’s gold or Fortnite’s accounts but not only are they inconvenient, they all run the risk of earning a permaban.

With the tokenization of in-game assets, GameFi is finally ready to set sail, merging decentralized finance with blockchain gaming. Besides Axie Infinity and a couple of other games, most NFT collections assign different tiers of rarity to their digital collectibles, which can be staked in DeFi protocols. This merge is transforming NFT projects into play-to-earn (P2E) games.

The same is now happening to the SIDUS metaverse. We began as a 6,000-strong generative NFT collection – SIDUS: NFT Heroes. 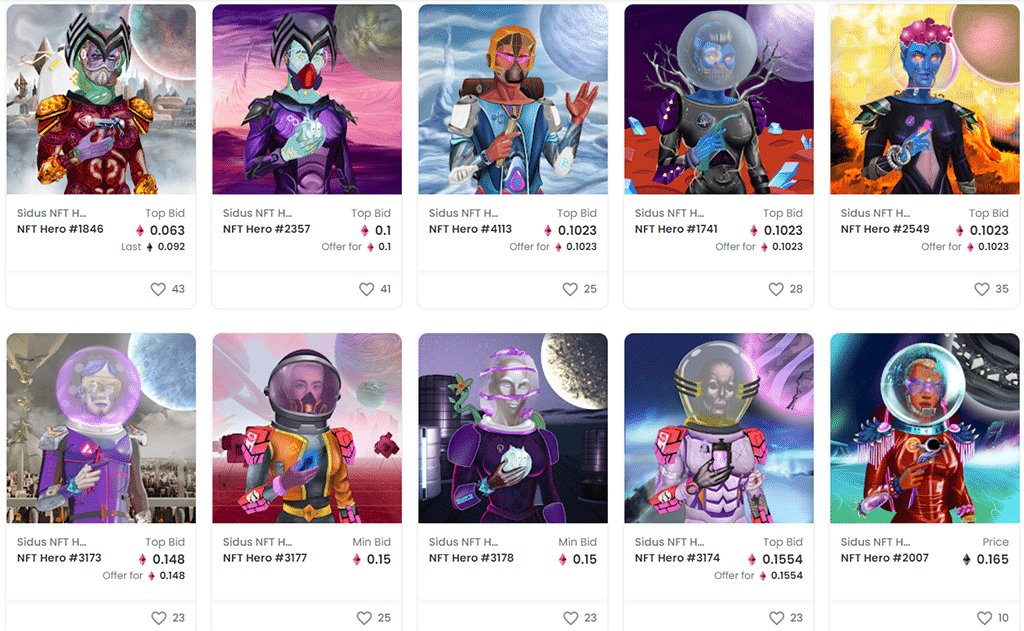 The SIDUS metaverse is expanding into a 3D game that can easily stand shoulder-to-shoulder with modern 3D games that are yet to embrace blockchain P2E on-ramping. 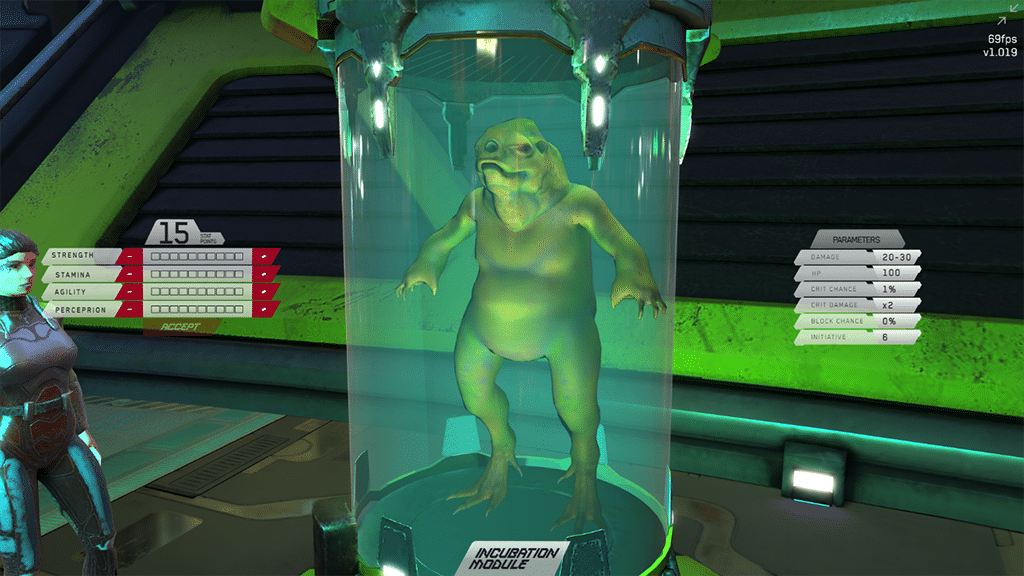 As one of the first MMORPG to use NFTs, players coming to SIDUS HEROES who’ve already played the mega-popular Star Wars: The Old Republic, will find themselves at home in this compelling sci-fi universe packed full of adventures. Players can:

Its tactical, turn-based and combat-driven capabilities also draw inspiration from the iconic Star Wars: KOTOR, the predecessor to SW: TOR.

We use NFT technology as a great tool for interacting with the gears inside the game or any of the accessories and we also use them to award special collectible points that are attached to your NFT and can be exchanged for anything you want.

Although smaller in scope than regular MMORPGs, the technologies used have advanced, particularly the generative ones that create unique looks. No doubt, SIDUS HEROES will draw from this modularity, just like Axie Infinity, which is based on a certain number of traits serving as the basis for randomization. This can be expanded to every part of the game as well — gears, accessories, weapons, Heroes, even their companions and pets.

If you are interested in seeing what the very early stage of the game looks like, you can try the pre-alpha demo v 0.1 in your web browser and experience a small fragment of it.