What Is Tether (USDT)?

Tether is probably the most well-known stablecoin today. Nevertheless, its reputation still remains to be rather controversial. We have prepared this guide to tell you more about USDT, its past and present.

Stablecoins broke into the cryptocurrency world and brought a long-sought-for element of stability into the price of digital tokens. But there is a place for downsides as well since stablecoins are not fully decentralized and are de facto owned by the companies. In this guide, we explore what’s behind the best known but also the most controversial stablecoin – Tether.

Stablecoins were introduced as a way to bring cryptocurrency into mainstream use. With their value being pegged to the traditional currencies, stablecoins leave almost no room for price fluctuations while still keeping all features of cryptocurrencies after themselves. Tether (USDT) is the most notable example and the first-mover in this new direction the aim of which is to bring the equilibrium 1$=1 USDT into the crypto space.

Tether is a stablecoin and refers to a new type of cryptocurrencies that are backed by fiat currencies like dollar, euro or yen. It belongs to a new breed of cryptocurrencies that were developed in order to maintain stable value, something that is fundamentally lacking from Bitcoin or Ethereum. This feature allows stablecoins like Tether to be used as a medium of exchange which more closely approaches the idea behind traditional currencies, rather than a mean of speculative investments.

Although being classified as a cryptocurrency, Tether has one fundamental difference – it was created by a company rather than by a network. Tether Ltd., a part of Tether Holding, is the running force behind Tether, and provides the currency reserves for it.  The parent company of Tether Ltd., iFinex Inc., is also an operator of the currency exchange Bitfinex, one of the largest in the crypto world. That all has to be taken into account when looking at Tether as a potential investment since the currency is run not by a network that is considered infallible, but by people who are prone to mistakes. 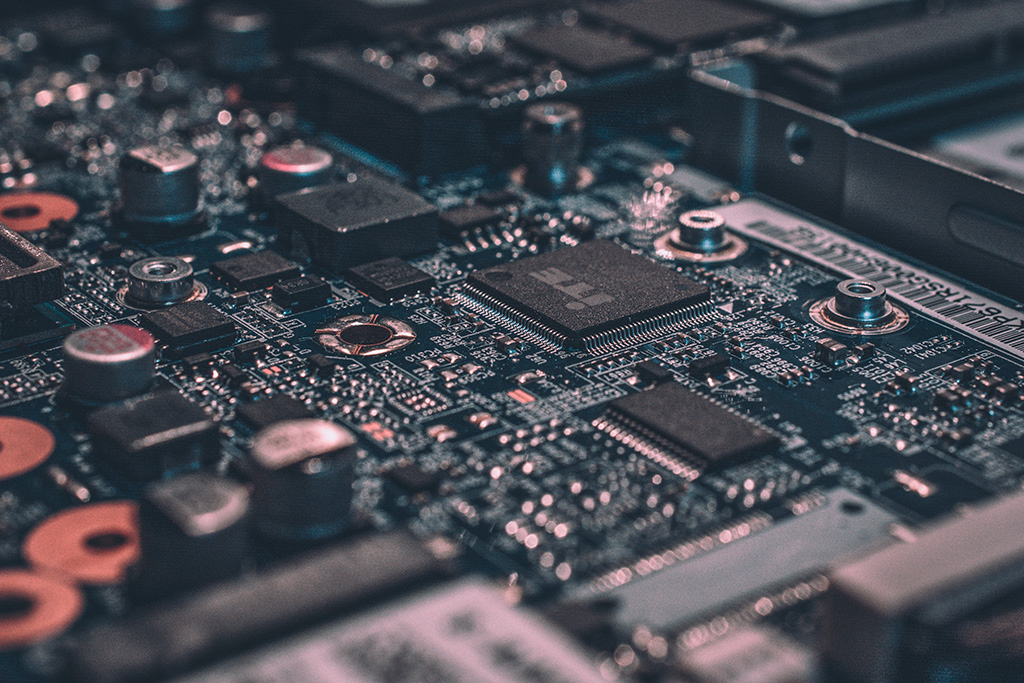 Tether Ltd., a Hong-Kong based corporation, is in charge of keeping the reserves of fiat currency sufficient to back-up all Tether tokens in circulation, which also makes it a trusted third-party in this case. The idea was also to create a digital currency where 1 USDT is equal to 1$ and can be converted at any time, but the reality appears to be different and Tether shows fluctuations on a longer time span.

As a matter of fact, Bitfinex and Tether are run by the same management team. Bitfinex is itself responsible for storing and withdrawing Tether tokens whenever those are issued. All Tether coins listed on Bitfinex are directly owned by the exchange, which also draws an implication that the currency is managed by a small number of people whose decisions have a significant effect over USDT. That opens up the question of whether one company can perform market manipulations that have an effect both on Tether and Bitcoin, one of the underlying behind Tether’s value.

Tether is based on Omni protocol and, like all other cryptocurrencies, is run on blockchain technology. The Omni protocol itself is open-source software that allows the creation of own tokens (in this case, Tether) by using the blockchain interface. By the idea of the platform, each new release of coins could be tracked by the peer-to-peer network, this allows the community to keep an eye on how many tokens were added in circulation.

However, the fact of Tether’s belonging to one company does not make it completely verifiable and leaves no room for all users to unveil the full picture. Reportedly, the company has not been conducting audits since March 2017. And it leaves a room for reflection on what is going on behind the scenes.

From the time it was launched, Tether gained the support of a number of blockchains – Omni, Ethereum, Tron and EOS. Recently, Tether has taken one step further and launched on Liquid Network, a Bitcoin sidechain that was developed and launched by an ambitious start-up Blockstream. The network opens up new features that are not available on Tether Ltd. platform, such as the lightning speed of transactions and progressive arbitrage trades.

Originally, the Liquid Network was designed to catalyze the transaction process on Bitcoin blockchain which is, by all accounts, very slow due to a large volume of trades. The inclusion of Tether into the network means that all operations will flow smoother and faster, also boosting security and laying out advanced trading features such as swaps and arbitrage between exchanges. That allows converting L-BTC, the Liquid Bitcoin, into Liquid Tether at a speed of light which allows instant transfers of fiat between multiple exchanges, thus making the whole process of arbitrage extremely efficient.

Another recent launch took place on Algorand, an open-source blockchain public platform that, like many other blockchains, provides proof of stake and decentralization. The introduction of Tether on Algorand is aimed at improving security and efficiency while also fostering collaboration between the teams from two sides. As a whole, this move suggests that Tether rapidly expands to attract the broader community of other blockchain users thus facilitating its position within the digital asset space. 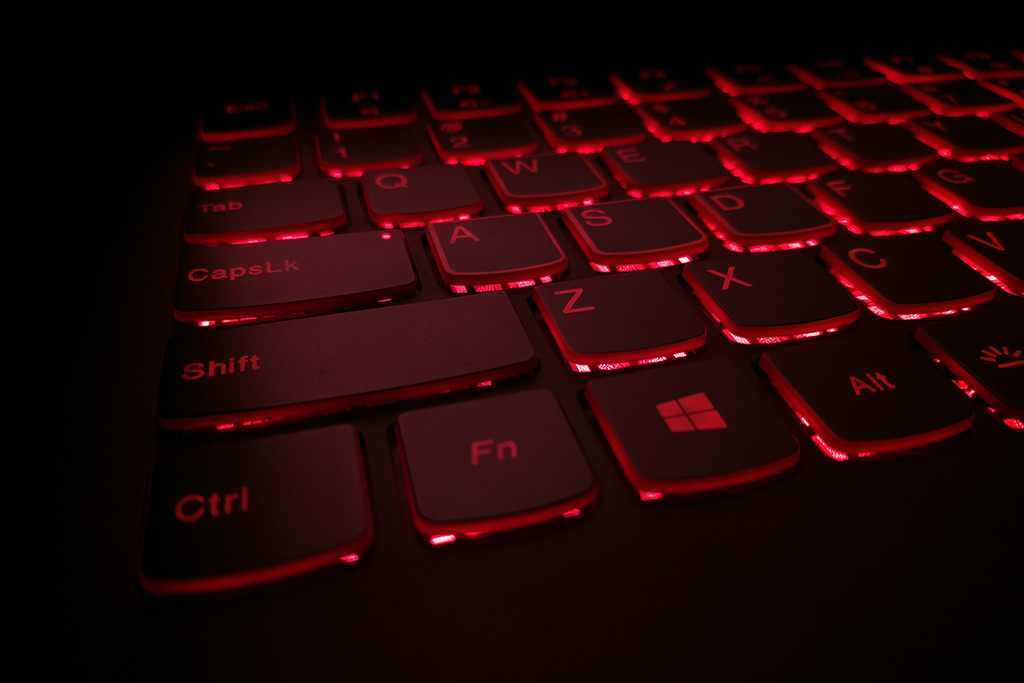 The report issued by Coin Metrics brought about some interesting insights into the community behind Tether. As it turns out, just 318 of Tether users, so-called “whales”, own 80% of all available tokens, with each individual holding a minimum $1 million worth of USDT. That raises a real concern of the market being ruled by a few large players holding the biggest share of all coins in supply.

More significantly, there is speculation that Bitcoin price is, or has a chance to, being manipulated by means of Tether. The explanation lies in the fact that, according to statistics, almost 80% of Bitcoin trading is performed through USDT. Tether Mafia, a term coined to refer to a group of exchanges and individuals holding a large stake in Tether, was already accused of Bitcoin price swings in the past, most notable of which took place in December 2017. Back then, Bitcoin peaked at the price of almost $20,000 to fall down to nearly $6,000 less than a month after. That fueled a strong suspicion of some involvement from the outside of the Bitcoin community.

Some other examples can include Binance and Huobi, where Tether maintains 40% and 80% stakes correspondingly. It’s been argued that the price changed once the number of USDT in circulation was rising by a significant amount. That is something the potential investors need to bear in mind while being increasingly conscious of the potential effects the “whales” of the Tether community can bring over other cryptocurrencies.

Why is Tether so Controversial Right Now?

Being the pioneer and by far the biggest stablecoin in the crypto space, Tether also produced a spark of controversies as to whether its ways of working are legitimate.

That all began when the New York Attorney General’s office (NYAG) got involved in an investigation of $850 million loss by Bitfinex that was reportedly seized or misplaced by payment processor Crypto Capital. In the course of the process, NYAG publicly accused Bitfinex of concealing the funds and filed for an injunction back in April.

What happened next was that the court stated both Tether Ltd. and Bitfinex are liable of collaboration to arrange a credit line that would afford Bitfinex to borrow the amount from Tether’s reserves that exceeded $700 million. That could proceed to another borrowing of $200 million, but Supreme Court Judge Joel M. Cohen imposed an injunction that froze all further lending.

Though iFinex filled the notice to the court to terminate the case due to the lack of NYAG’s jurisdiction on that matter, on August 19 it became known that the claim was rejected. The implication of it is quite significant – the NYAG will continue looking into the matter, and both parties involved have 90 days more to prepare the necessary documents for the ongoing process. It remains to be seen how the court ruling will end up.

Digital identity is the online persona you create and use to interact with the world. It includes your name, email address, social...

DeFiChain (DFI) is a project to provide a native DeFi experience for the Bitcoin ecosystem. By using DeFiChain, users will be able...

What Is Dogechain and How It Is Related to Dogecoin? September 13th, 2022

Dogechain is the underlying technology that allows for creating and using digital assets on the Dogecoin network. In this guide, w...