The number of digital money users in the U.S. stands at 14-15%, while in Indonesia, the number reaches 11%. But Indonesians started joining the crypto market 2-3 years ago and Americans did it in 2008-2010.

Blockchain platform Onfo conducted an experiment to find out whether the cryptocurrency spread rates significantly differed from one region to another. For this purpose, Onfo selected four countries with completely different economies — the United States, Germany, Russia, and Indonesia. As part of the experiment, 100 users in each of these countries received 10 coins for registration and additional coins for bringing other users to the crypto market.

The experiment found that cryptocurrency spread index in less developed countries exceeded the rates in developed ones by up to five times. Thus, for example, in Germany 100 users told 763 new people about digital money who subsequently joined the network and created their own wallets. In the U.S., the same number of users introduced 1,112 new people to the industry, and in Russia — 2,304 new users. 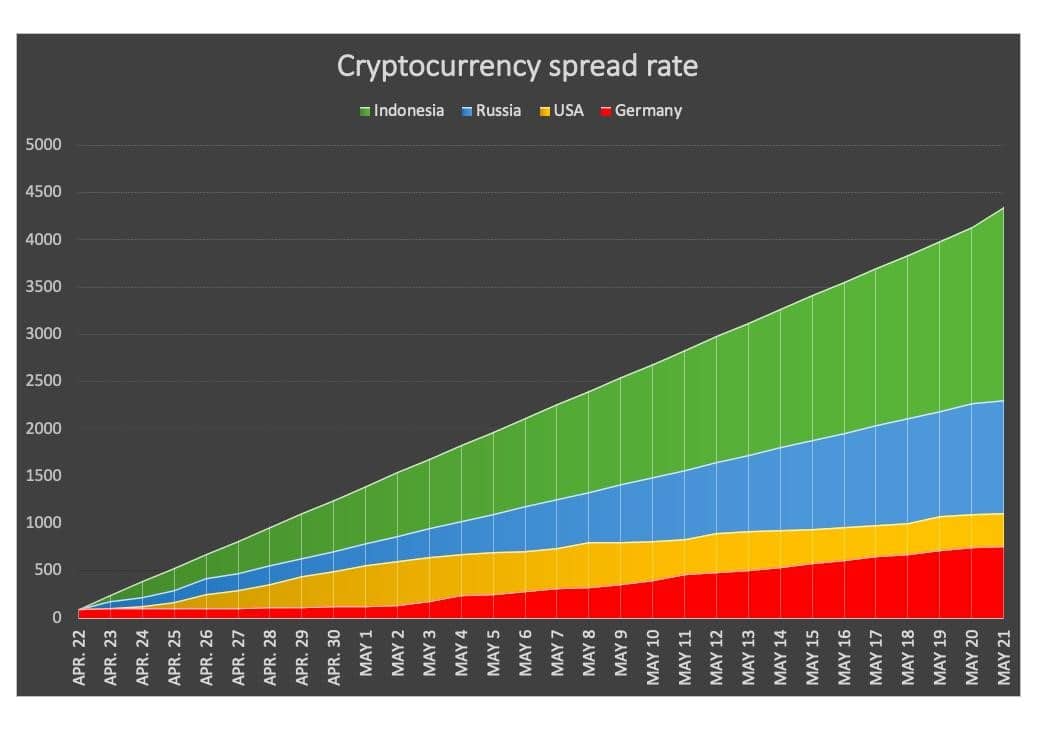 J.R. Forsyth, the founder and CEO of Onfo, explained that the spread rate is greater in countries where smaller amounts of money are valued more. As such, in undeveloped regions like Indonesia, cryptocurrencies are currently gaining traction with massive growth potential, as more people in Southeast Asia’s biggest economy are starting to use digital money. Lack of banking services, together with the growing demand for mobile phones and the COVID-19 pandemic consequences, are also turning Indonesia into a perfect market for cryptocurrency renaissance.

The latest statistics by Finder demonstrate that the number of digital money users in the U.S. stands at 14-15%, while in Indonesia, with a population of over 270 million people, the number reaches 11%, according to some analysts. It might seem logical given that Indonesia follows the United States in the population size. However, a deeper analysis finds that Indonesians started actively joining the crypto market about 2-3 years ago, while Americans did it in 2008-2010. 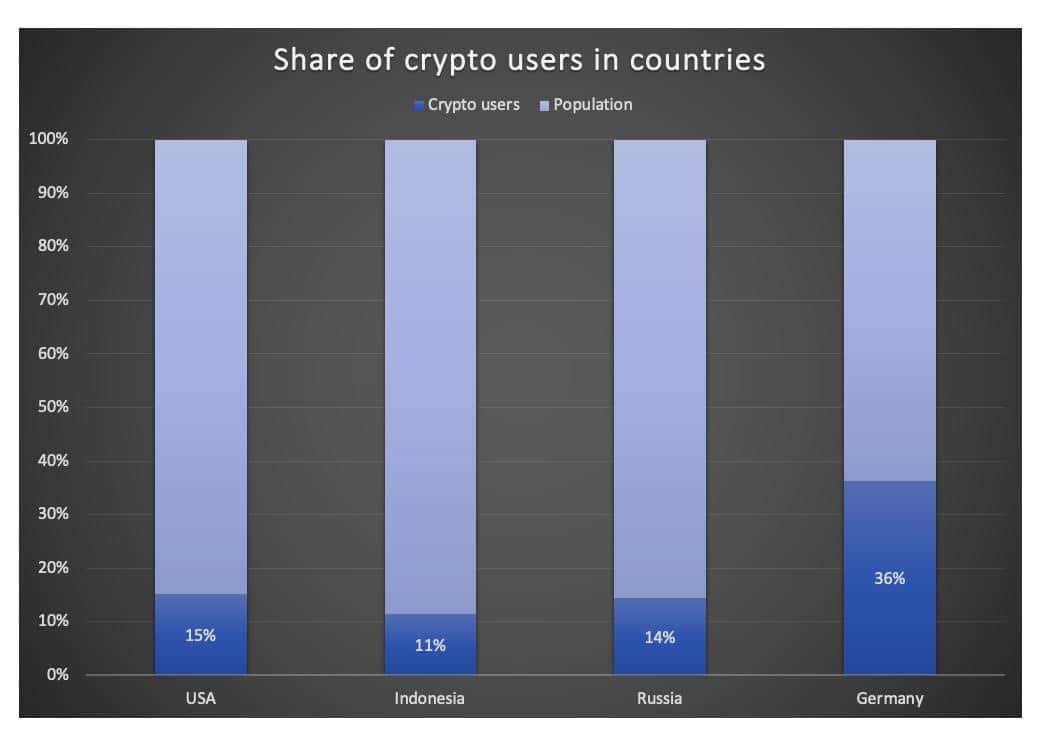 The results of the survey held by Onfo show a rapidly increasing adoption level in Indonesia, which means that the country can face real crypto disruption already this year.

The World’s Top Blockchain Event To Have On Your Radar is approaching!