Worldspark Studios, the studio behind Sparkadia, has launched its first ever NFT sale, the “Sparkadia Origin Collection”. Powered by Immutable X, this initial collection of NFTs went live on Rarible and TokenTrove on September 20th, 2022. 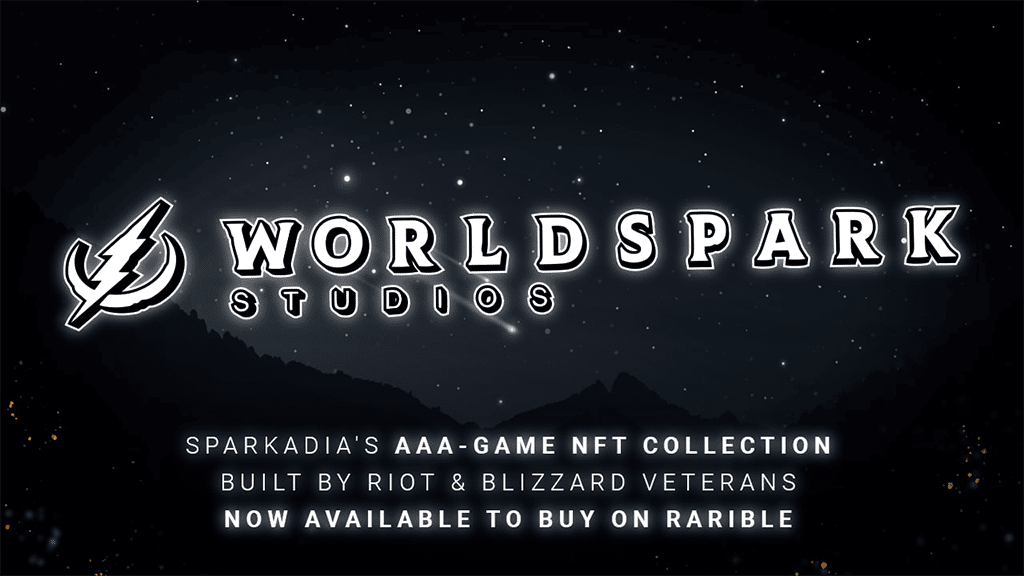 Sparkadia is an “interconnected ecosystem of AAA-level games, brought together by a central hub world where players can jump between each game to see their characters and stories come to life.” Worldspark describes this hub-and-spoke model as an “arcade”, shying away from the metaverse buzzword and instead describing their hub world simply as the lobby of the arcade.

Each of their games serve as a metaphorical arcade machine. The goal is to give people an actual reason to visit this virtual space, wanting players to fully immerse themselves in Sparkadia and express their virtual identity through the games they play within it.

Sparkadia’s first game, Edenbrawl, is a frenetic mashup that many are calling “League of Legends meets Rocket League”. The team claims their greatest strength is that Edenbrawl is already fully playable and early feedback from influencers, content creators, and guilds in the space has been overwhelmingly positive. While the game is not open to the public yet, early gameplay footage and recorded play sessions are available to watch on Youtube.

Gaming with Blockchain, not Blockchain with Gaming

Key to Sparkadia’s vision is their plan of truly fun games that are enabled by blockchain, not driven by it. They believe that mass adoption comes not with earning from Web3 games, but rather educating players on the benefits of asset ownership and interconnectivity. To that end, they’ve proudly stated that zero assets or NFTs within their first game Edenbrawl affect gameplay, meaning there are zero pay-to-win elements.

Additionally, they’ve announced that they are not supporting any passive income or yield generation type assets, believing that players will come because they enjoy playing the games and that the intrinsic utility of fun is more significant to players than potential earning. You can find additional information on their economic model on their whitepaper found here.

Their Origin collection is a set of 8 individual ‘Hero’ NFTs that when collected in full, provide sweeping bonuses across the Sparkadian ecosystem. Collectors are encouraged to acquire a full set for maximum bonuses including a unique in-game trophy, increased in-game currency generation, and even discounts on their future sales.

Despite the bear market, the Worldspark team was excited to announce their game to the world. With zero community presence prior to the announcement of their sale a month ago, they’ve since exploded in growth, massively growing their following on Twitter, Discord, and Telegram.

The sale is now live and the NFTs can be purchased at Rarible.

Worldspark Studios is a remote game development studio with the singular vision of making the world a little brighter through immersive experiences that fill audiences with optimism and empower everyone to find and utilize the unique spark inside them. Simply put, the company goal is to create a world that leaves players happier and healthier than when they first logged in.

Their team of AAA vets played major roles in creating renowned titles like Destiny 2, Halo, League of Legends, Legends of Runeterra, Valorant, Heroes of the Storm, and many others. For full details on the collection, please visit Sparkadia.

Disclaimer: Sparkadia is the source of this content. This Press Release is for informational purposes only. The information does not constitute investment advice or an offer to invest.