Big Eyes Coin – on the Brink of Global Domination

Out of all the surprises derived from the arrival of cryptocurrency into the world’s economy, meme coins have to be the most surprising of them all. Although they were initially launched as a joke at the expense of Bitcoin and altcoin enthusiasts, they quickly became popular and amassed an impressive amount of wealth. 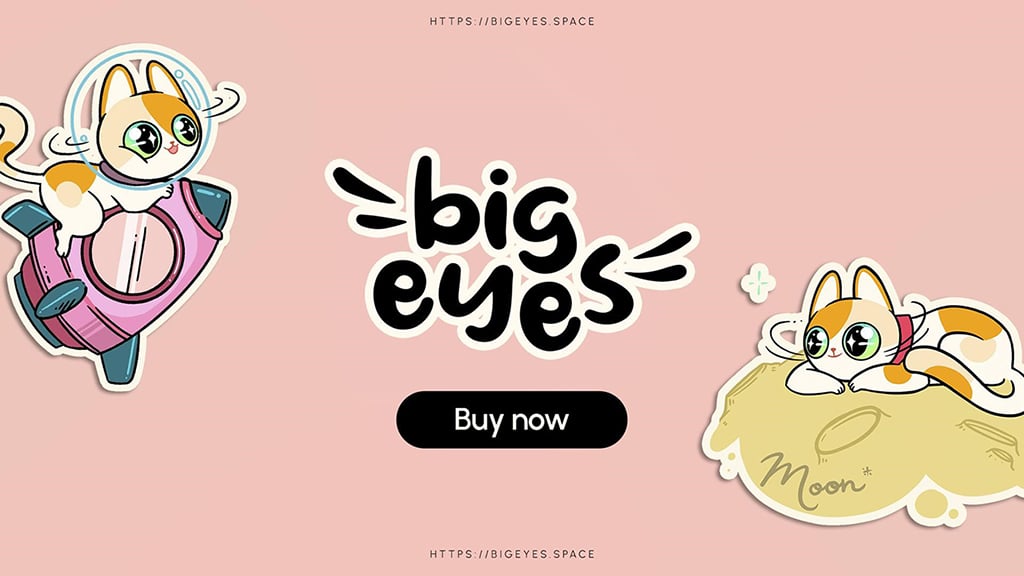 Now, there are different brands of meme coins, some of which have extended their borders into advanced technologies such as NFTs and Metaverse, and needless to say, the meme coin market is now heavily saturated.

So, how does one stand out? That’s easy, just ask Big Eyes Coin how it was able to achieve such a feat seamlessly because, from the very first day, this coin has managed to captivate onlookers from a single glance.

What Is Big Eyes Coin?

Big Eyes Coin (BIG) is an infant cryptocurrency, driven and owned by its community with the goals of ushering wealth into the DeFi ecosystem and rescuing a vital section of the planet’s ecosystem through its charity foundation. Big Eyes does not intend to stop after it achieves its objective of conjuring wealth with its token for the community and charities, but also plans to give much more back to the cryptocurrency market by building a blockchain ecosystem. This ecosystem will be able to independently stimulate hyper-growth by equipping the system with NFTs to give out access to additional events and contents to motivate people into boarding the blockchain hype-ship.

Most meme coins are either dog-based by name or have some adorable pooch on their logos or as the face of their brands. A lot of the top influential meme coins have doggy characters linked to them (Shiba Inu, Dogecoin, etc) and so when many new meme coins wish to infiltrate the market, they prefer to settle on an established playing field like that. 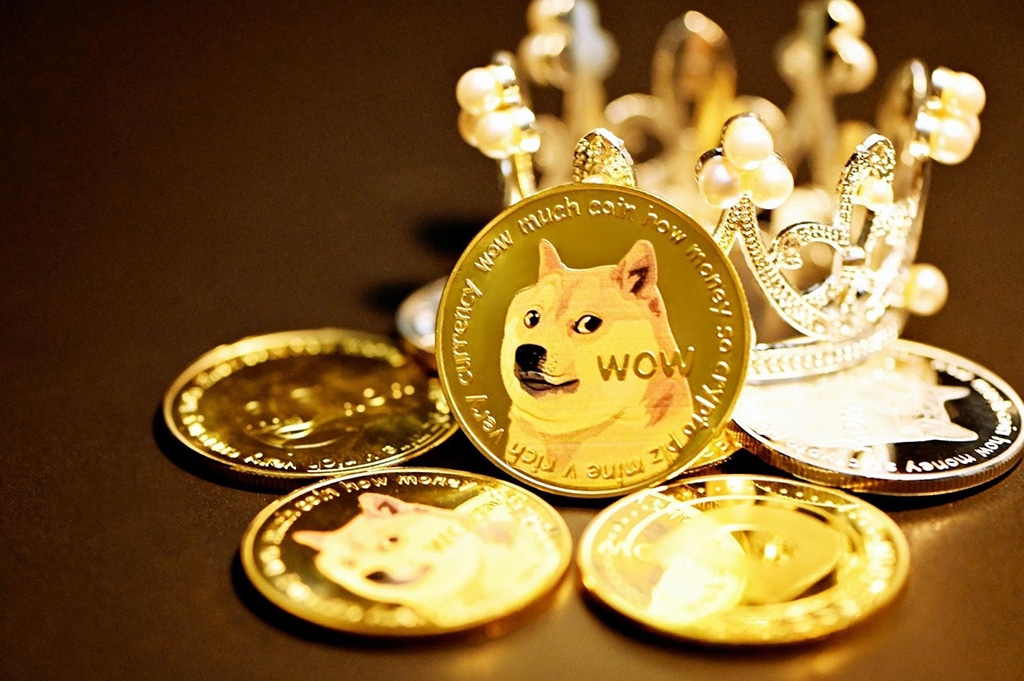 Not Big Eyes though, because this coin came in swinging with its irresistible cat-themed mascot. Rather than joining the “big dogs”, Big Eyes built its kitty empire and quickly became the talk of the town. Other than distinguishing it from other meme coins, Big Eyes chose to sell cute, and it’s quickly turning into a brilliant marketing strategy, already displaying its potential to be adopted by influencers and celebrities around the globe. Big Eyes intends to prove that cute can be a currency and has held 5% of its tokens in a marketing wallet to ensure that the coin continues to grow in popularity worldwide.

Big Eyes has a comic book series in the works, based on the loveable cat, as well as a merch store launching soon. These ventures might open up an avenue for TV show deals and even more in the future.

What Benefits Will Be Available to Big Eyes Users?

Big Eyes intends to keep its cryptocurrency within its community, handing ownership over to them and it has done this by launching 90% of its tokens so users can buy as much as they want. Users will also be able to carry out shopping activities without any concerns over extra charges because Big Eyes enables transactions to be conducted tax-free, coupled with a dynamic tax system that will permit changes to include fees for the Marketing Wallet, Auto Burn functions, and LP Acquisitions. 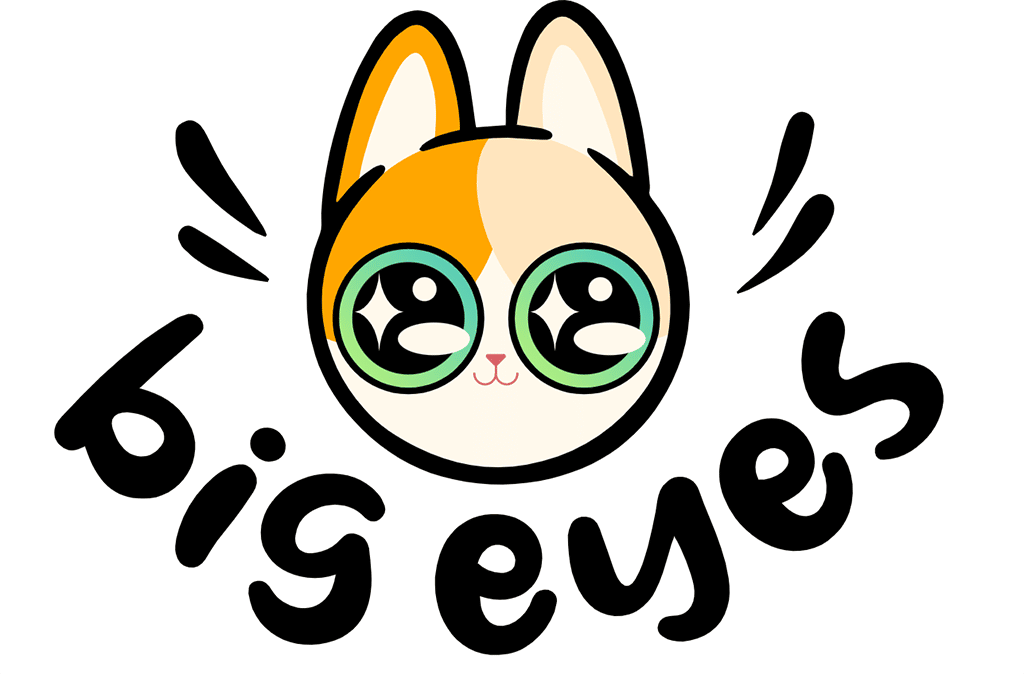 Big Eyes has a goal that borders on owning NFT collections that will hit the top ten and bring value to its token and joy to its community and users will get the opportunity to hold some of the NFTs. NFT holders will be provided with access to exclusive events and clubs like the Big Eyes Sushi Club which was designed specifically for NFT holders.

Big Eyes has a soft heart and is loyal to the planet that has housed it all its life and wishes to give back and so, it will be making donations to ocean sanctuaries and charities. Helping such organizations will relieve the fishes of the direct effects of pollution, industrial fishing, oil spills, and other harmful events, giving the aquatic ecosystems a chance to grow and breed healthier fishes. And maybe some of those will serve as a meal for Big Eyes, but at least the coin has placed 5% of its tokens in a visible charity wallet that is set to make contributions to ocean charities. Users will get a chance to partake in Big Eyes’ plans to help heal the planet.

Big Eyes’ official cryptocurrency is $BIG and a supply of 200,000,000,000 tokens. BIG’s pre-sale is currently live and 9.53 billion tokens are remaining to be claimed. 10,000 BIG tokens can be bought for 1 USDT. Big Eyes has seen an impressive sales record as it has raised $996,221.59 in a short period. Users can purchase the tokens either with their cards or using ETH or USDT already in their crypto wallets. Once the public pre-sale is over, purchased Big Eyes can be claimed using the claim page.

To buy BIG tokens, users must ensure that they have a MetaMask wallet installed on their desktop browser, as this will give a smoother purchase experience, but any other wallet supported by Wallet Connect is permissible (Trust Wallet is recommended). Big Eyes users that will be buying on a mobile device are advised to use Trust Wallet and connect through the in-built browser of the device.

For the next step, the preferred wallet should be prepared and the user should click “Connect Wallet” (mobile apps users will need to click “Wallet Connect”). From this point, users have three choices;

Purchase ETH with their card. Users are advised to buy a minimum of $15 worth of ETH to be able to cover the minimum purchase of Big Eyes.

Purchase Big Eyes with ETH. Once there is a sufficient amount of ETH in the wallet, ETH can be exchanged for Big Eyes, simply type in the number of Big Eyes needed (1,000 is the minimum) and select “Covert ETH”. If the wallet does not have ETH or USDT, choose the first option to buy ETH first.

Purchase Big Eyes with USDT. Follow the step above (after ensuring that a minimum of $15 worth of USDT has been put into the wallet) to purchase Big Eyes. The user will be required to approve the purchase twice; the first as approval for the USDT contract and the other for the transaction amount.

Lastly, once the public pre-sale is over, users will be able to claim their Big Eyes tokens and may need to visit the main site to do so.

How Does Big Eyes Plan to Dominate the Cryptocurrency Realm?

Big Eyes aims to be known as the most popular crypto meme coin and hopes to achieve this with a huge media presence, utilizing its cuteness and the influencer economy. Big Eyes intends to finish 2022 as the subject of everyone’s discussion and rise for years to come through innovative implementations and acquisitions of the new. Big Eyes wants to be a company that grows by the power of its community and network of enterprises, determined to see its mission to protect and establish ocean sanctuaries to fulfillment.