The official Twitter account of the Swedish major party got hacked; the attackers tweeted Bitcoin became the official currency in the country, and encouraged people to invest into the flagship crypto. The tweets then got removed in around 30 minutes, with the account given back to its legitimate owners. This might or might not be connected with the Swedish government having criticized the Bitcoin Core harshly.

The hack did not damage anything, though, but attracted more attention to the crypto fraud issue.

Meanwhile, Erik Voorhees, ShapeShift CEO, says Bitcoin may well be used to fight the global economy instability and recession. The BTC, he adds, may become the ’emergency exit’ for the financial system when the economic growth slows much down. How the flagship crypto may help here, remains unknown, but Voorhees says it doesn’t need to adapt to each and every updated tech, being rather good the way it is.

John McAfee, a famous crypto enthusiast, is also sure the BTC has a good potential and may well reach $1M by 2020. In his opinion, this is based on ‘simple maths’, although no additional clarification s available.

On W1, the BTCUSD has reached 23.60% Fibo, staying above the resistance. The Stochastic has formed a golden cross, thus confirming a buy signal. The major crypto is aimed to 38.20%Fibo, or $6,430. with the support lying at $3,121.90. The MACD is headed down, thus showing the current uptrend is but a correction. 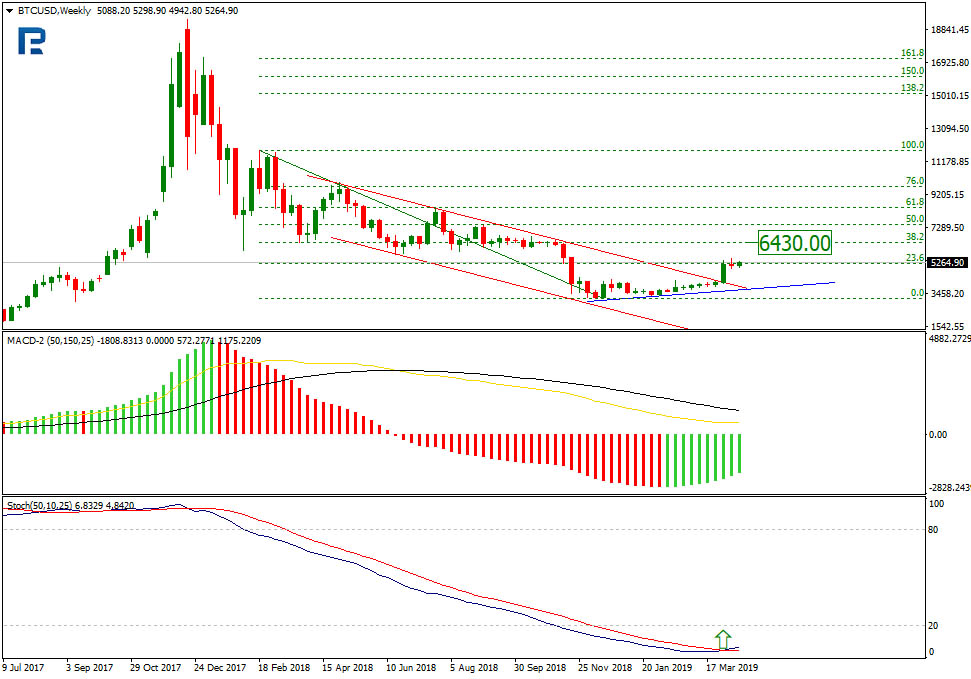 On D1, the price has managed to stay above the broken out resistance, and is now correcting locally. The immediate target lies at the support of $4,800, and in case it gets broken out, the price may head further down to $4,260. After the pullback, the uptrend might resume, taking into account the MACD being headed upwards. 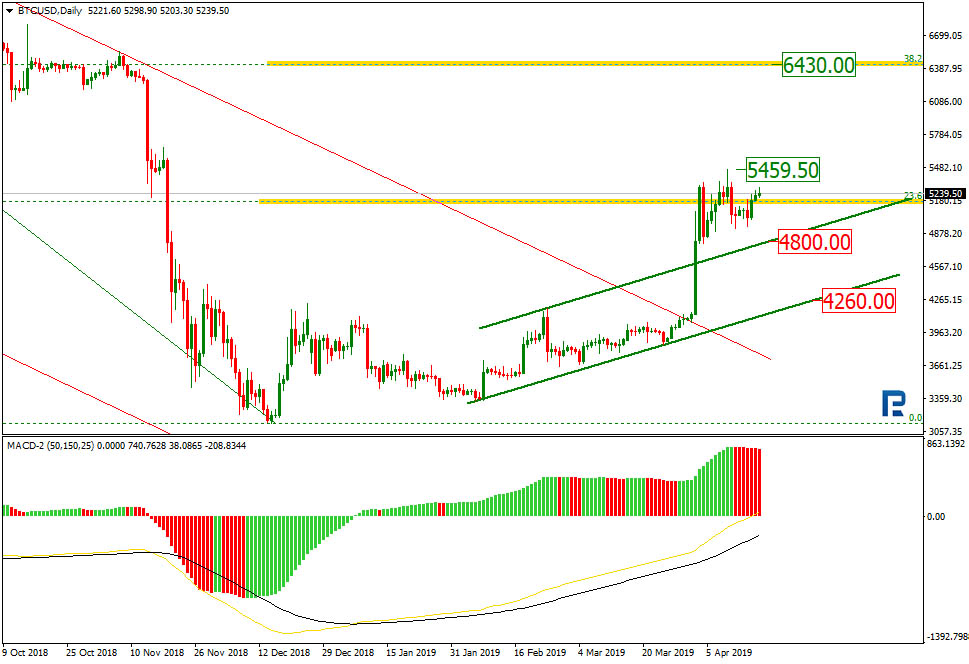 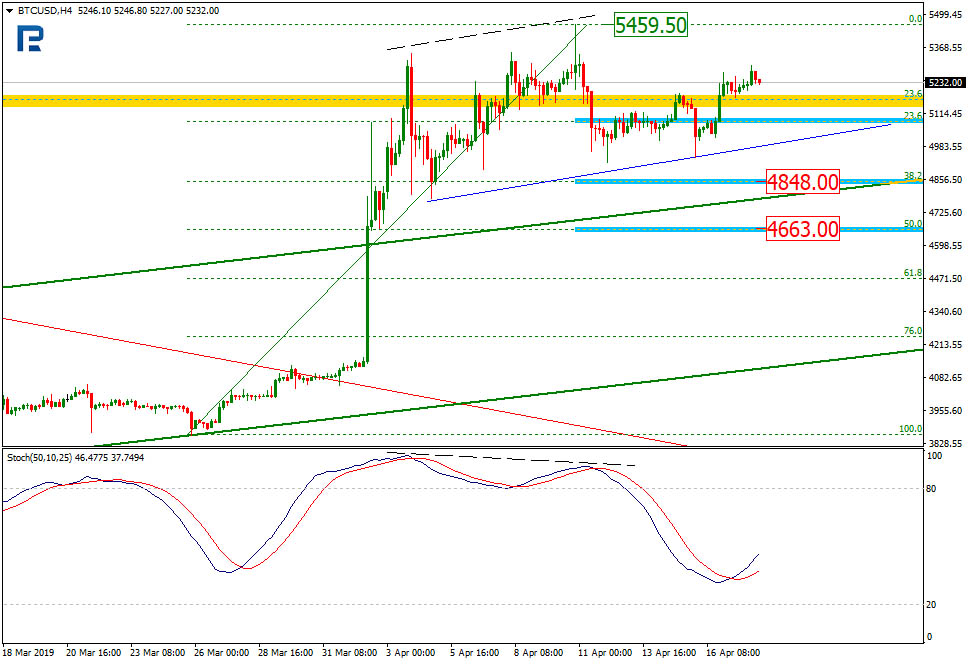