DIWtoken.com Set to Tackle Global Data Breaches and Put Hackers Out of Business

The team behind DIWtoken.com has set its sights on achieving global data and service exchange security and is thus currently preparing its crowdfunding stage to raise the funds necessary to materialise its ambitious project. The Pre-ICO will start on the 6th of March and the ICO on the 27th of March.

Every year, vast amounts of otherwise ‘secure’ sensitive personal, corporate or governmental digital data are being stolen, shared or tampered with by individuals.

The results are catastrophic as millions of people are affected, some irreparably so. Businesses are destroyed, governments and officials exposed, the reputational damaged suffered can translate directly to an end for organisations of any kind.

Millions upon millions of dollars have been spent in an effort to counter global digital terrorism and digital extortion. Hundreds of thousands of hours and thousands of specialists have been trying to tackle this menace since the dawn of the internet with no hope in sight. It seems that where there is a lock, there’s always a key.

DIW plans to stop all that by introducing a secure, global network made up of confirmed and approved individuals and organisations, providing them with the opportunity of exchanging services as well as data in a safe, transparent and assured environment by utilizing blockchain technology.

Network members will be asked to provide KYC / KYS information so that everyone will be true to their identity within the network. Furthermore, a rating system will be deployed whereby everyone will be able to leave and receive feedback for their activity thus further promoting trust and assurance for peace of mind.

The doorway to this global network for all member entities will be a highly secure digital vault that will enable the secure upload, storage, maintenance and exchange of sensitive digital data including identification, financial and personal documentation. The blockchain-based vault will also be able to hold crypto assets.

A paid escrow service will also be in hand so that parties of any given exchange will be able to pre-set and agree the conditions which the transaction must meet for the release of funds.

Ultimately, the project’s vision is to encompass the medical industry as it will enable the secure exchange of Electronic Health Records as well as open up a doorway to its members to healthcare professionals and medical centres on a global scale.

Our title above, talks about a ‘global’ impact. If we break our project into sections, we are talking about tackling a global health related industry of $1.3 billion USD (2017 numbers) and a cyber-security industry of $150 billion USD.

The e-commerce industry has a revenue of 2.3 trillion USD. Keeping in mind that our global directory has the potential of engulfing a huge aspect of human affairs, we believe that there is huge potential for DIW due to the uncharted territory ahead.

Stephanos Constantinou, the project’s CEO and Co-Founder, mentioned that: “When assessing the issues that the digital world faces, such as data breaches & online fraud, lack of transparency within the medical industry along with the limited ability to utilize cryptocurrency, it occurred to us that actually marrying these sectors should and could be done. We felt inspired to step in and move towards the actualization of the project”.

Visit https://diwtoken.com now for more details and fill in the form to join the project. 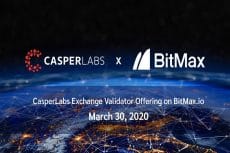