How to Use Telegram’s TON Gram Wallet?

Telegram’s TON network is a PoS-based system with a new “Byzantine Proof” staking algorithm. It was developed by Nikolai and Pavel Durov, the brothers behind Telegram and (formerly) VK.com.

TON wallet is in development by thirteen programmers, under the supervision of the Durov brothers. Something in the TON wallet design strongly reminds about Telegram. For instance, cute animated characters in the wallet GUI.

When you open it for the first time, you see a whirling diamond. Don’t worry, the graphics are simple and won’t take much of the CPU power. The app is fast and works like an early days SPV Bitcoin wallets. Within the wallet, you’ll see more of cute graphics that show that it is not a big problem for Durovs to change the design. 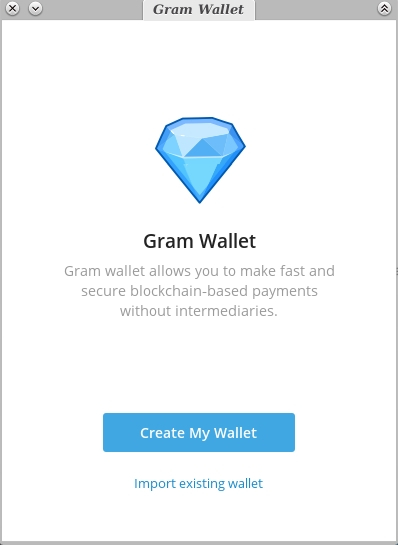 When you have the wallet, bravely launch it and hit the “Create My Wallet” Button. On Linux, you may have to unpack the wallet if using the archive manager and launch it as “a standalone executable”.

Setting Up the Seed

To create a new SEED just follow the instructions: take a paper sheet and write the SEED phrase down on it. It consists of 24 English-language words. Most of the Bitcoin wallets have SEEDs with 12 words in them. 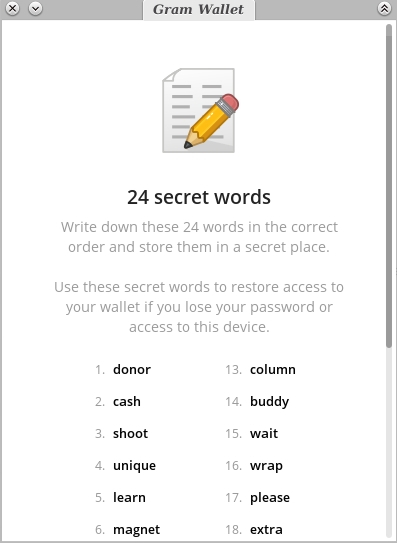 The more words the SEED contains, the more time quantum computers need to crack it. Keep in mind: when holding the real coins, you should not store the SEED on a local hard drive. Use a paper sheet or encrypted flash drive. Here’s a bad example of restoring the wallet from the SEED phrase stored in a digital text file:

You can restore the wallet from a SEED by hitting the ‘Import existing wallet’ button on the first launch. 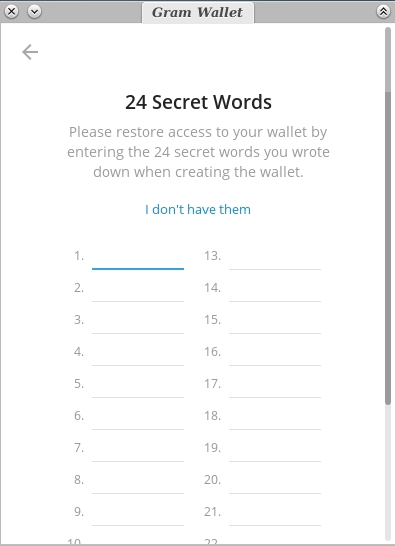 Each time you restore or create a new wallet, the app asks you to set a password. It is not needed to restore the wallet from the SEED.

But it limits the ability to send payments or to look at certain information without knowing the password. Some early Bitcoin and multi-currency wallets such as Jaxx used to allow the user to send funds without a password prompt. They only asked passwords on the wallet startup. Gram wallet doesn’t ask the password on startup. But allows you to set a strong, difficult to guess password which is prompted to enter every time you want to make a payment. 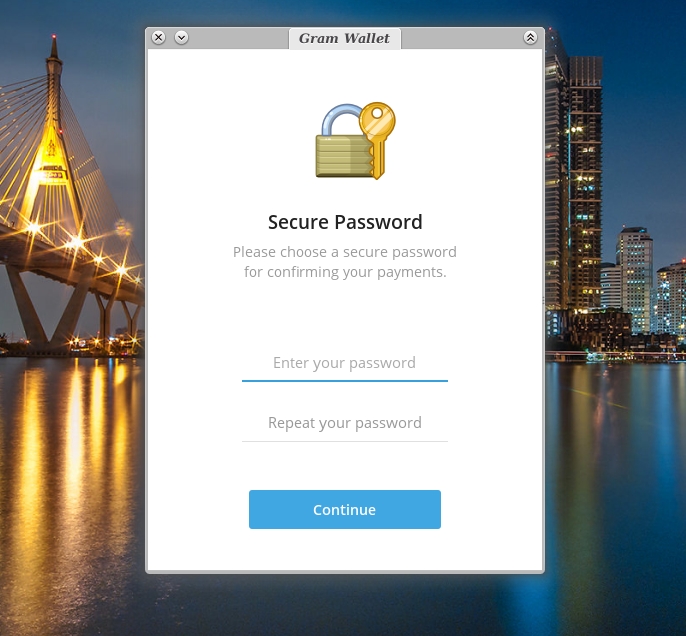 Once you have set the password, the wallet is ready to use. You don’t have to top up the balance to “unlock” the wallet. 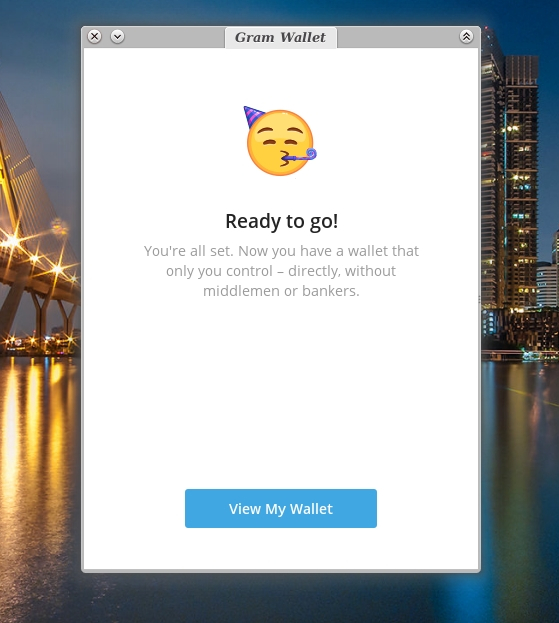 You will see the Gram wallet’s main interface, which is minimalistic as hell. 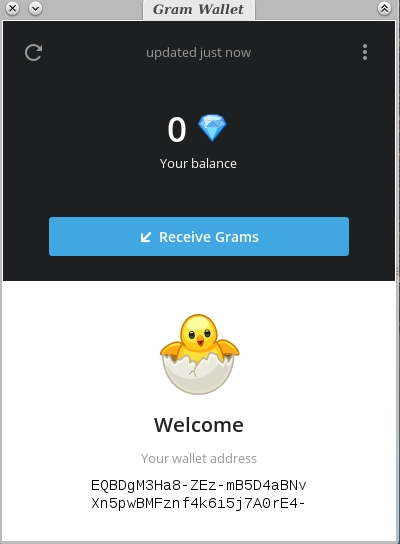 Intuitively, you can hit the Receive Grams button to top up your wallet. 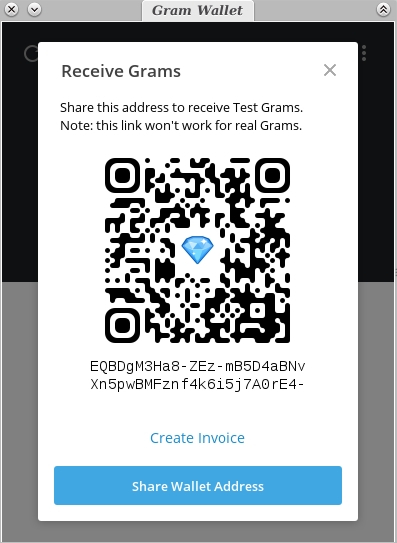 Either copy your address or generate an invoice link and send it to people to receive payments. Do not use invoice links with the exchanges where such payments not supported. If you hit “Create invoice”, you’ll see a window with details: 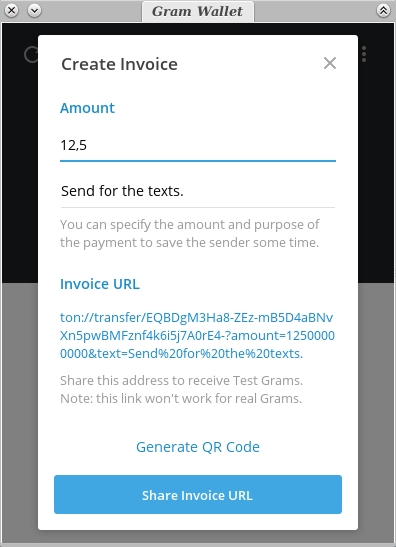 Set the amount you want to receive, and the message for the receiver that will be stored as a payment label. Only the receiver of this invoice will be able to read the message you bind. You can ask the wallet to give you a convenient QR-code with the invoice information stored within it. 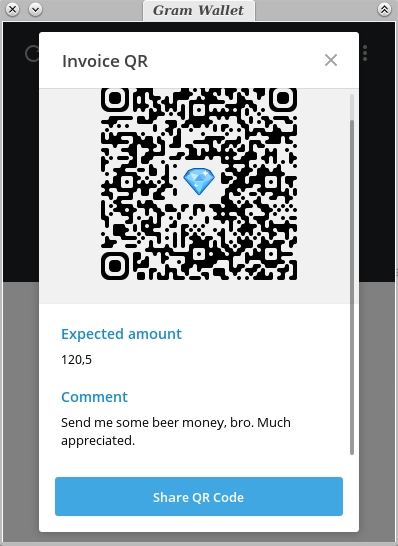 Grab and use the QR or pick the payment link which is similar to the payment links in classic Bitcoin and altcoin wallets. They typically contain the type of coin, the address, and the amount requested by the receiver.

On the main screen, you can see one of your receiving addresses at the bottom. The wallet will generate a new receiving address each time you use one. Gram addresses and transactions are highly private, despite not hidden from the public view. If you won’t disclose the addresses to outsiders or re-use them, the privacy remains with you.

The settings section is tiny. This is either due to the testing purpose of the client or because of the wallet’s minimalism. 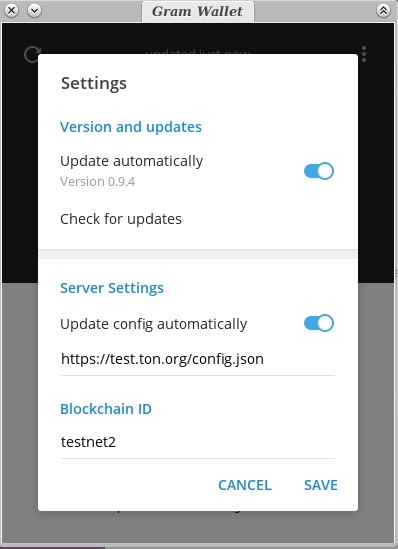 It is not a surprise that Durov brothers took such approach: many Bitcoin newbies get scary when they see complicated things like the Electrum or Electron Cash wallets. In Gram wallet, you don’t have to dig through lots of settings to send and receive payments.

Once you receive Grams to your wallet, they are ready to be spent. You can attach small text messages not only to the invoices, but to your outgoing transactions. 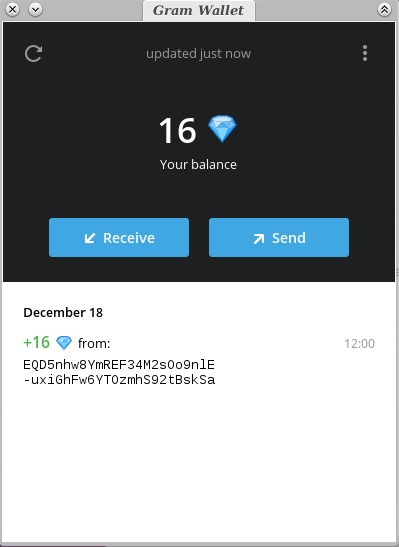 Hit the Send Button and copy-paste the receiver’s address: 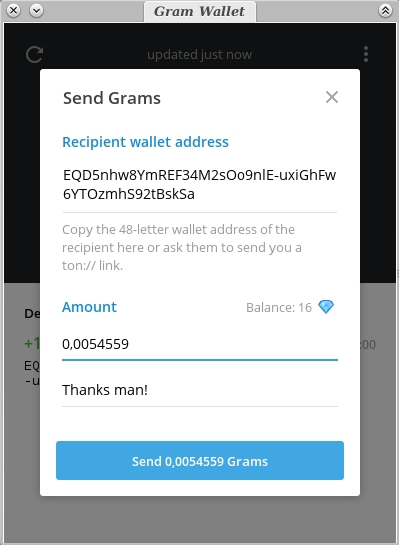 After you enter the optional message and wallet password, the app will process your transaction: 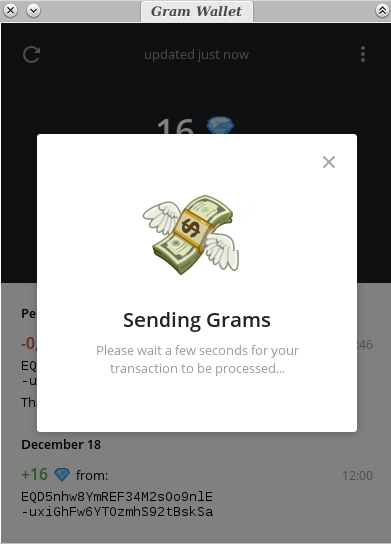 You will see that your balance has changed after sending or receiving the coins. 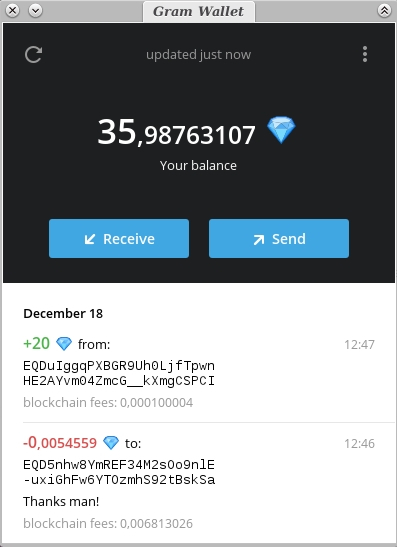 Please note, the network will deduct small fees for processing the transaction. If you want to test GRAMs by yourself using test coins, download and set up the wallet, then ask the telegram official bot (@test_ton_bot) to send you some grams. These are not the real ones, but just tokens for training purposes.

Do Not Download Wallets from Sites Acting as Intermediaries

For instance, here’s the official website of the Atomic Wallet. It is advertising itself as the wallet that supports TON. They have made a picture featuring the wallet’s interface, where you can see the wallet has GRAM token support: 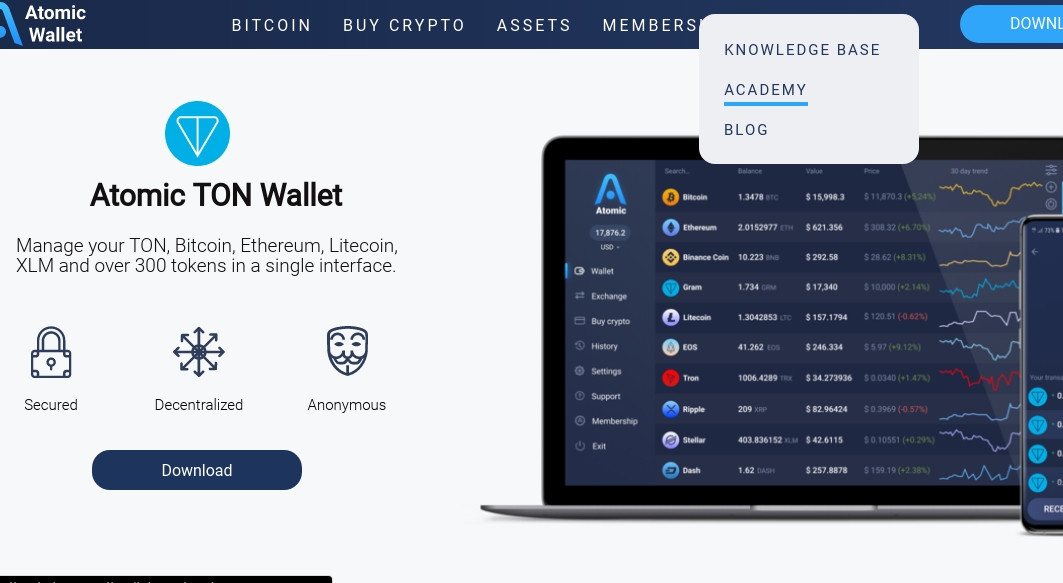 Also, you can assume the wallet supports TON from the description on the page itself. But in reality, if you download that wallet, you won’t find GRAM support there. It supports a ton of tokens and has good feedback, but the Gram support they claim is a marketing trick.

Users also see the rating belonging to the wallet itself, not it’s TON feature. But it looks like the site offers a legit TON wallet with high Rating from the google users.

This guide will explore the use of two new slangs named WAGMI and NGMI. These slangs are in direct contrast to each other. The fir...

There are so many consensus mechanisms enabled on the blockchain. This guide is based on the one called Proof of Replication (PoRe...

Here is everything you need to know about the newly introduced Physical Backed Tokens (PBTs) that will solve the common challenge ...