What do you know about Insurtech? Is it just a modern trend or is it a real future of the insurance industry? We have prepared a guide for you to dive deeper into this emerging tech.

Insurtech, which is short for Insurance Innovative Technology is a more specialized branch of fintech, which is short for Financial Innovative Technology and is particularly fixed on the insurance industry. In just a few years, Insurtech has already left its mark on the market and is prepared to pave the way for many drastic modifications in the insurance industry.

The least surprising development by the sudden rise of Insurtech on a global scale is that a lot of insurers are risk-averse. A recent survey by PWC has revealed that roughly three-quarters of insurers feel this technology will disrupt the insurance industry. However, some of these insurers are gearing up to take advantage of this opportunity by adding it to their future strategies.

Insurtech isn’t just another future technology looking to integrate itself with today’s market. It is a reality and it has already created a lasting impact on the insurance industry.

From 2014 to 2016, the rate of investment in Insurtech more than tripled. It went from $740 million to $2.65 billion, which shows that investors were continuously jumping in early on this technology (and this tendency can be observed today as well).

Insurtech: What Is It?

A lot of people see Insurtech as just a technology behind insurance, however, Insurtech is more than that. It is the term applied to new technologies that are disrupting the insurance world, they include consumer activity wearables, smartphone apps, automated compliance handling, claim acceleration tools, online policy handling, consumer risk development systems, and a lot of other technologies and developments.

Insurtech isn’t just a disruptive force in the insurance industry but is also a changing factor for consumers’ demands and expectations. Changes in customer preferences are creating an increasing demand for enhanced customer interaction and personalized coverage.

The driving factor for Insurtech companies and the increasing investments by venture capitalists is the belief that the insurance industry is more than due for innovations.

Insurtech is testing areas that large insurance companies are unwilling to try out such as social insurance utilizing data from smartphones to calculate prices based on the customer’s observed behavior.

How Does Insurtech Work? 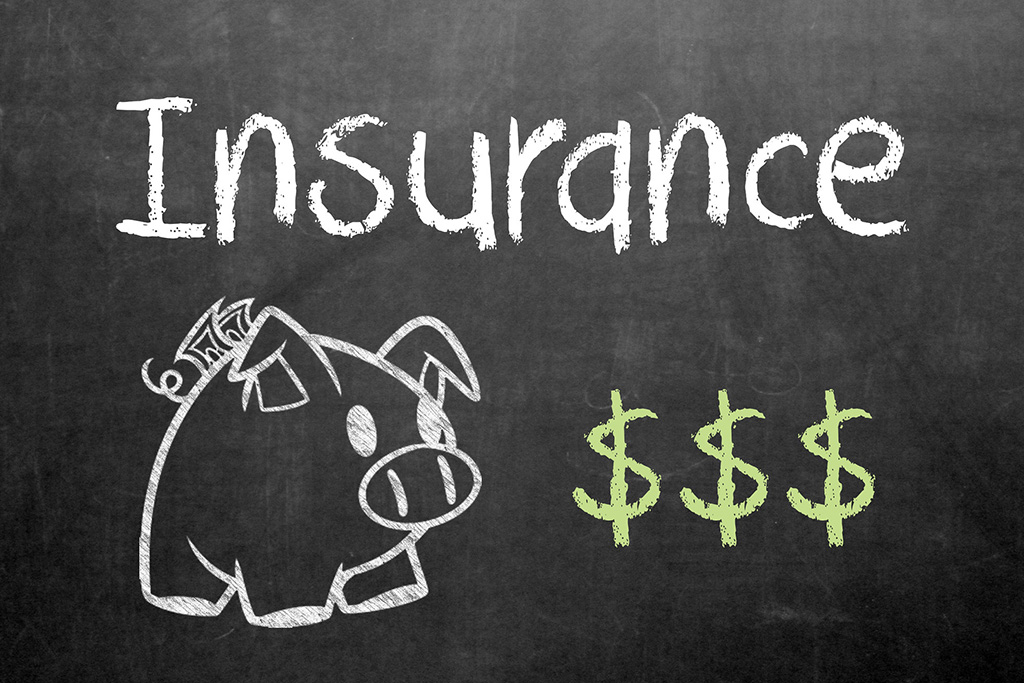 Insurance is one of the oldest financial services that tend to favor deep-pocketed and experienced players. Traditionally, broad statistical tables are used to delegate potential customers to risk categories. The groups are then fine-tuned so enough customers are lumped together to ensure that the policies provided are profitable for the insurer.

This method results in issues of some customers paying more than they should just because they’ve been paired based on the level of data used for grouping them.

This issue, as well as a lot more of them, is what Insurtech looks to tackle through the use of sophisticated devices and tools, such as GPS vehicle trackers, wrist trackers, and health monitors. These companies are delineating the grouping format thereby allowing products to be priced more accurately.

Also, tools used by insurers in today’s time are outdated and will be obsolete a few years from now. However, the tools listed below are new tech tools that are guaranteed to stand the test of time.

This refers to computers that are capable of performing attributes usually associated with humans. Some Insurtech companies are using AI to create advanced technologies that can communicate directly with customers either verbally or through text messaging.

Machine learning is a subcategory of AI. As the name suggests, this technology in machine or computer programs enables them to learn over time. It employs algorithms to copy the neural system in the human brain.

Some applications of machine learning in insurance companies are:

This involves the connection of the internet to basic machines like cars, refrigerators, televisions, and so on. Many auto insurers use GPS-enabled devices. These devices perform a wide array of important functions including tracking the vehicles’ location, measuring drivers’ speed, monitoring the drivers’ braking patterns, acceleration, and other habits.

Data collected through this device can be later utilized by the auto insurers to allocate discounts, analyze auto crashes and improve overall safety.

There is also a great number of smartphone apps offered by insurers. These apps can be used to obtain licensing for construction and safety permits, medical services, VISA authentication, security assistance and many more.

A lot of insurers have started adopting the use of drones. Drones are useful for inspection of properties located in hazardous areas and for obtaining live footage of accident events.

With innovations like these getting integrated into other industries, why are the incumbent insurance companies hesitant to adopt them?

The insurance industry is a grossly regulated market with a load of jurisdictional legal issues to handle. As a result, the major insurance companies around the globe have lasted this long being extremely cautious and avoiding startups like Insurtech.

This is proving to be a big problem for Insurtech as many of the new startups need the support of the older insurers to manage underwriting and catastrophic risks. Although, as more and more startups pique consumer interest, with strategic alignment, the incumbent companies would have no choice but to give up and buy into the innovation as well.

Insurtech Around the World 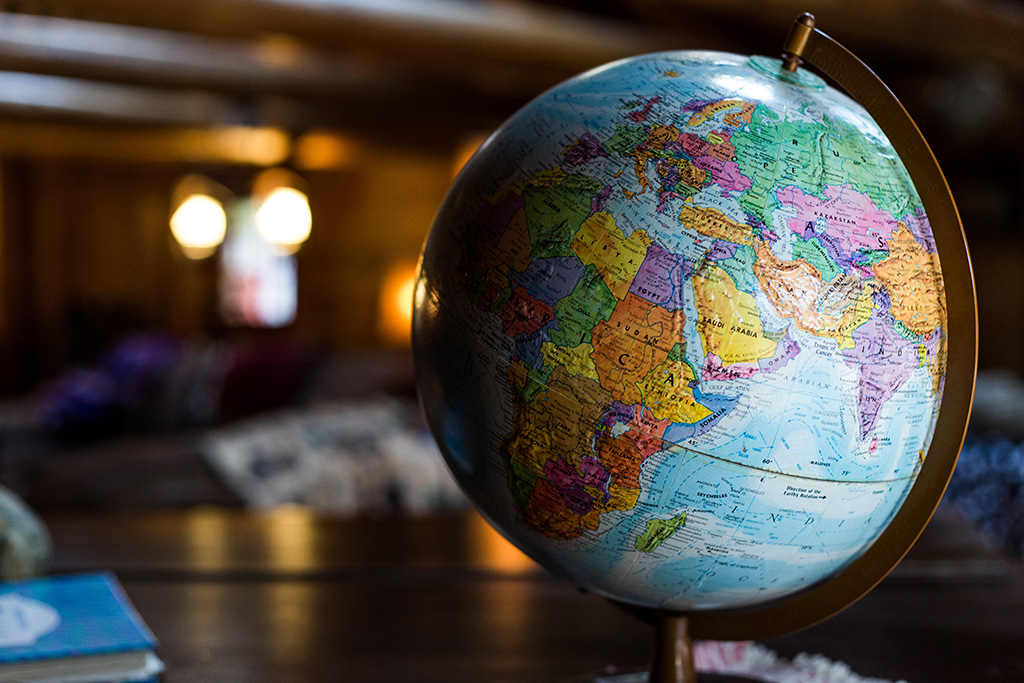 Data coming in from across the globe shows without a doubt that Insurtech is the next big thing to happen to the insurance space.

According to a survey, 45 percent of all the insurers in the world are expecting a total disruption of their distribution models as customers are looking to begin buying directly and forming groups to discuss bulk purchases of insurance.

Another 8 percent of insurers are acquiring fintech establishments or are releasing their financial technology enterprises.

The insurance industry is the global economy’s number two most disrupted sector.

With a total of $2.65 billion invested in Insurtech startups in the space of a year, the insurance market revolution has already begun.

To understand Insurtech, we need to know how it came into existence. The inception of Insurtech wasn’t an easy feat to achieve due to government regulations and resistance to the drastic change this innovation would mean for the insurance world.

The increasing size of potential insurable markets was a good incentive for entrepreneurs and innovators to begin to create insurance products for the growing customer base.

The heavy lifting of the inception of Insurtech was observed in 2011 when the sector got just 45 investors.

Currently, Insurtech, a sub-industry that stands to takeover market dominance from the incumbents, is valued at just $2.6 billion

Since 2016, there have been quite a few disruptive changes, as well as increased investment. Among some other changes we can mention the following ones:

Just like in fintech, investments in Insurtech have continued to increase across the globe, with a global increase of 1900% between 2011 – 2016 ($131 million in 2011 as against $2.6 billion in 2016). This trend seems poised to continue because, as consumers are continuously inundated with new technologies replacing old methods and increasing convenience, there would be an increased demand for more customized, easy-to-use and more accurate insurance products. These elements depend on continued advancements in the Insurtech space.

In spite of the ever-increasing demand for more technology innovations from insurance providers, there exist certain barriers to adoption that will need to be eliminated or at least lowered, over the next few years.

Despite all these hurdles, some supporting factors could help the growth of Insurtech. They are also worth being mentioned:

After all, said and done, it is clear that the only way for Insurtech is up. Insurtech is not just another trend that would soon run out of steam and fizzle out; it is here to stay.