Ten years ago, the metaverse sounded like something from inside a movie, but now it has become a real part of the modern world. Especially in 2021, metaverse-based blockchain games are catching the eyes of most cryptocurrency enthusiasts.

The chain game industry will be reshuffled and the economic model will transition to a gaming mechanism and better game mechanics to attract players.   A few days ago, a studio called Storms launched a game called “GameFi+NFT”, let’s see how it differs from the traditional chain game.

WIN NFT JUNGLE is a game based on the theme of animals on the planet Avatar Pandora and is also a GameFi quiz project in the BSC chain ecosystem. The main character of WIN NFT JUNGLE game is the four animals owned by the user, each animal is an NFT, collect all four animal NFT to start the game, collect different quality NFT can get different rewards. The game is the first time to realize the features of “Blind Box + NFT + Game + Mining + Guessing + Cards” into one, which rewards players with tokens and blind box NFTs by playing games and synthesizing NFTs to gain rewards and increase earnings, providing players with the opportunity to play games and make profits at the same time, achieving the goals of “Play to Earn”, “Play to Win”, and “Play to Win”. Play to Earn”, “Happy to Earn” purpose. 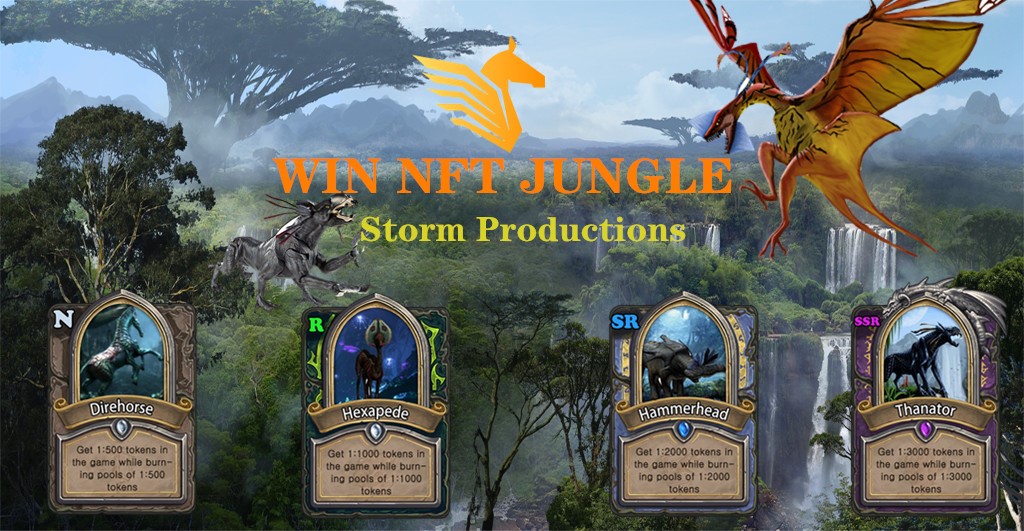 WIN NFT JUNGLE builds a game meta-universe through blockchain crypto technology and pass economy, with well-made visuals and diverse gameplay that will bring players an unprecedented gaming experience. More importantly, the four animals can be freely traded as a scarce NFT asset. This world will be dominated by players, and the digital assets inside are completely controlled by players. 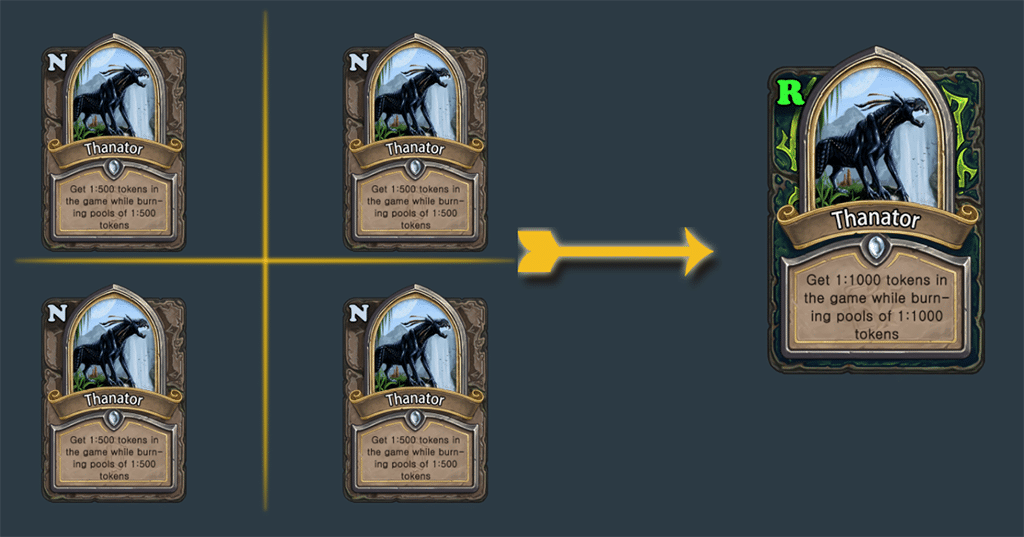 In WIN NFT JUNGLE, each animal on Pandora is a rare NFT with different attributes, and players can own animal NFTs through blind boxes and direct purchases. No third party can modify, copy or destroy it.

WIN NFT JUNGLE combines the features of “Blind Box + NFT + Game + Mining + Guessing + Cards” into one. The most noteworthy thing is that it is realized in “blind box” mode – the animals are different. The economic value of different animals can vary greatly. The value of each animal is jointly determined by its rarity and other attributes. 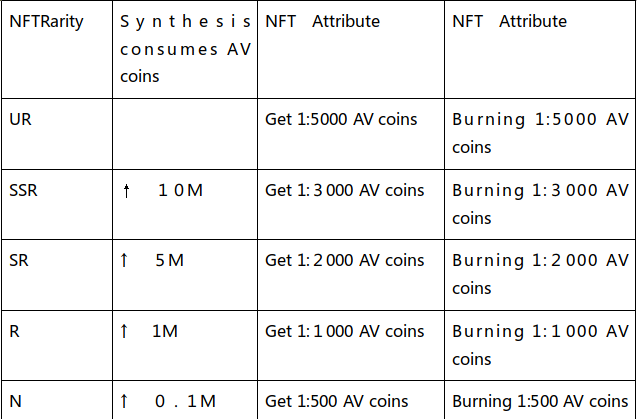 In addition, players can synthesize NFTs into URs with the highest rare attributes, which can be rewarded with 1:5000 tokens in the game, or they can be sold. These animals have different values and can be sold on the market for USDT.

To make the game experience better for all players, WIN NFT JUNGLE has designed two types of tokens in its ecosystem – AV, USDT. New players playing with USDT will receive a corresponding percentage of AV coins and blind boxes, while burning the same percentage of AV coins, which will be destroyed through the synthesis and burning mechanism and credited to a public non-transferable black hole address. For every 50% of tokens burned, the amount of reward and destruction is cut in half. The sooner you participate, the bigger the reward!