4 Stages of Pizzap Pave The Way to Blockchain 3.0 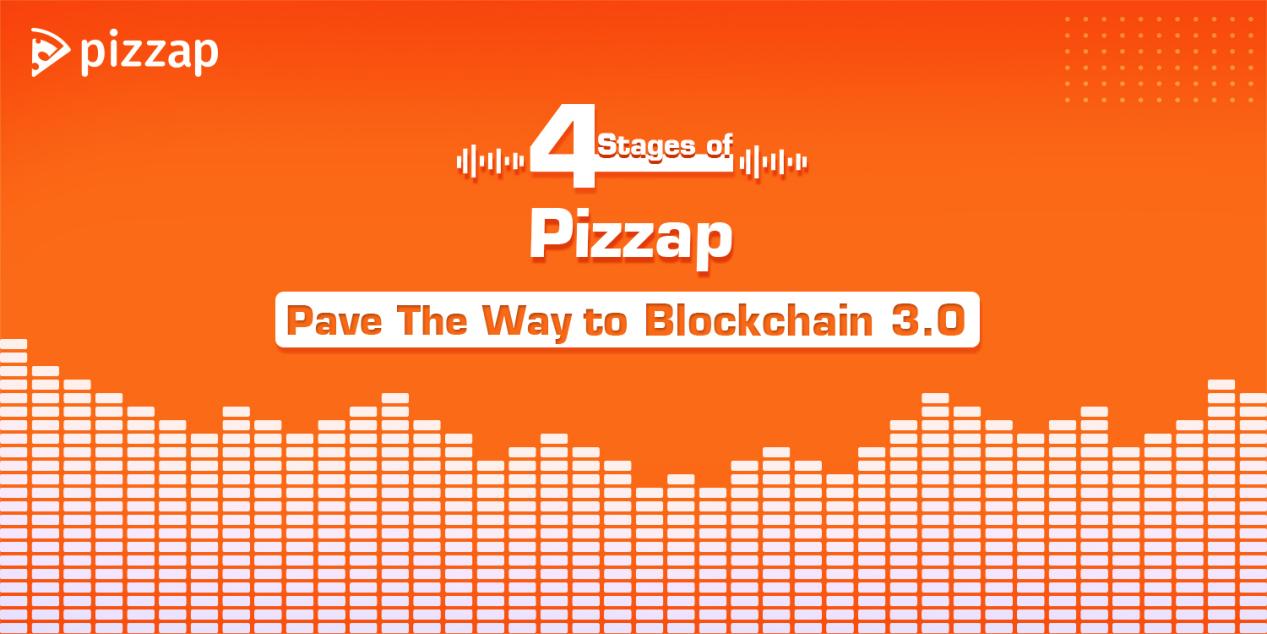 The boundary of voice continues to expand, and the audio content ecosystem eagers new resources, opening up more imagination space for the creation of “full ecosystem audio platform”.

The expression of the online world is mainly divided into text, pictures, sound and video. Video has the best expression effect, followed by sound. But video needs too much storage space. In addition, although voice technology is mature enough, text is still the main online content. With the maturity of VR and AR , will the expression of voice become more popular online?

With the success of Cyberpunk and MetaVerse, we can see the elements that make audio and video successfully participate in the economic system, including: user experience discovery,creator economy,spatial computing; decentralization,interaction between human & computer, infrastructure. It is a decentralized future that needs to be built by creators and users. identity, relationship, immersion, low latency , economic system and culture,which will bring out a new application with deep participation of human beings.

When it comes to the economic system, blockchain has brought a new way of financing. It uses decentralized technology to break intermediaries in various fields and directly contact buyers and sellers. The problem is that the MetaVerse can not be completed by just relying on a certain product, which needs the support of accommodation and coordination between platforms, the integrity of cross chain services and other aspects, which also accelerates the rise of the platform based MetaVerse.

Can NFT complete these tasks? Voice NFT seems to give us the answer.

At present, the NFT market has a certain economic scale, and the common mode is reflected in: users who has deep appreciation for art buy an NFT work, collect it, and wait for value growth, while more users imortance its collection value, which can not promote the maturity of the market.

On the premise that users have a certain understanding of NFT, a product focusing on voice has emerged. Pizzap is not only a voice product, but also an infrastructure and ecosystem, integrating NFT, DeFi and Dao, which is developed and owned by its user community.

VoiceNFT takes voice as the main form of communication. On the one hand, it is committed to encouraging the creation of audio content. On the other hand, it takes “NFT voiceprint” as the ownership of information to make human-computer interaction closer. Compared with the low expressiveness of text and the high storage demand of video, voiceprint is the best choice for online identity. With voiceprint plus NFT, the personal performance of MetaVerse will be more vivid.

For the online business model of voice NFT, Pizzap believes that users can be divided into 2 groups: celebrities and ordinary person. It can be seen that NFT products with obvious benefits are initiated by celebrities or brands. Twitter founder Jack Dorsey’s $2.5 million NFT Tweets and NBA Top Shot are good examples. Because the community team has mastered the important voice intelligence technology, apart from building a voice NFT trading platform, Pizzap will also sell the cloned voice as a commodity. 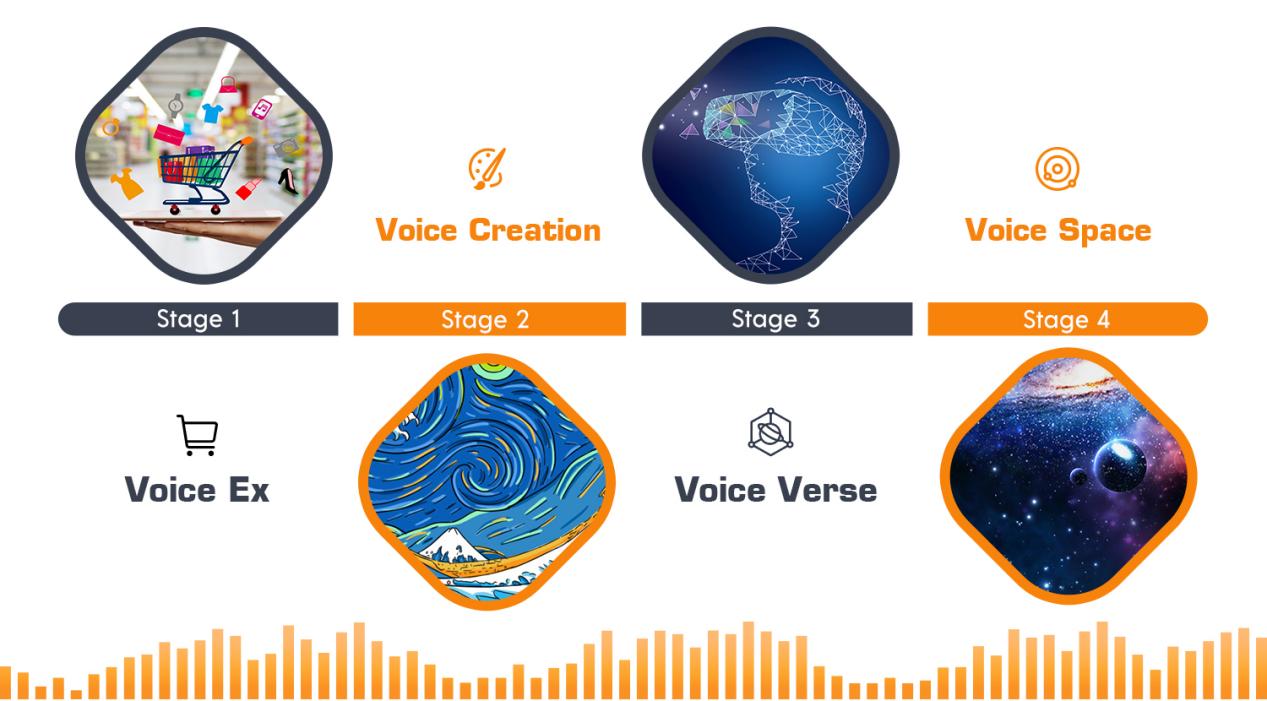 For the platform business, users are allowed to mint VoiceNFT,then buy and sell NFT in Pizzap. At the initial stage, IVO(initial voice NFT Office) is a convenient channel for both collectors and investors. If you want buy VoiceNFT token, you need to join in the IVO. If you want to mint your voice NFT,you must get PNFT in PiSwap first, then submit your voice Pizzap to DAO.There are 2 results: 1.your voice get passed,your token be staked into pool; 2. your voice fail to pass,you can’t join in the IVO. Pizzap is originally deployed on Plian,which means Pizzap will perfectly exchanges resources and data with NFT projects, DEX and wallets on other public chains because of the excellent crosschain function. For the initial stage of voice trading, users are advised to create and sell voice content as follows:

Pizzap’s VoiceNFT will open a series of novel scenes with a set of voiceproint clone service. In addition to building a voice NFT trading platform, Pizzap will also create voice art works sell them on Pizzap.

In addition, those voices created by cloning technology will also be sold to artificial intelligence companies .

Most of the familiar NFT projects are based on artists, stars and bosses with certain popularity as seed creators. Of course it is not against the development trend of NFT, because NFT ever began to show its value by protecting celebrities’ online works. But Pizzap wants to protect more nomal guys’ online works, and it will not generate rapid benefits through signing celebrities and famous brands in the initial stage. The reasons are: 1. The online works of celebrities do not need the copyright protection of NFT, and there are multiple effective certification to confirm the creation of celebrities; 2. Most of celebrity NFT works consume followers, which is not a long-term model. Therefore, Pizzap is convenient for users without fame in Stage 1, and plans to sign with celebrities to mint their own VoiceNFT in Stage 2.

For example, you can sign a superstar to mint songs & albums NFT, mint movie lines NFT, and even mint audio NFTs of a politician’s vital speech. For example, Biden’s inaugural speech in 2020 will be more and more valuable if he makes audio NFT, whether it is to be collected or circulated.

In Stage3, Pizzap really becomes a complete universe. At this time, it is no longer satisfied with “selling goods” or becoming a “trading place”. At that time, Pizzap will be like a country with various resources and complete functions. Members of the community drive themselves to create sound works, write scripts, shape roles, develop territories, design scenes, etc. All the members are joining to create Pizzap Voice Verse.

Although Voice Verse has strong member interaction in Stage 3, it is not a social product, and Pizzap’s plan is to build a Q & A club, a social product according to the expression form of voice and the right confirmation characteristics of VoiceNFT. Both questions and answers are presented through the voice model generated by voiceprint cloning technology.

In Stage 3, the problems asked by us in the beginning of this paper have been solved: 1. How to combine with real world? 2. How to get through the ecosystem? 3. How to become a long-term entrance? 4. How to prevent the collapse of the economic system? 5. How to build a community with inner faith? 6. How to get through the supply and demand relationship between creators and users?

The community will look into outer space.

In Stage 4, Pizzap will launch the “Voice Space”  program to collect human voice groups. This voice group is composed of male and female voices of various languages and ages. It will cooperate with NASA, SpaceX or any other space agency and other institutions to launch voice NFT into silent and unmanned outerspace. This version of NFTs can only be bought by institutions or rich people.

Pizzap maintains infrastructure at distributed network nodes, and updates products through decentralized governance, foundation or chain organization. As long as the supply-demand relationship of VoiceNFT is healthy, the economic system in Voice Verse will not collapse for a long time.

However, it is not difficult to observe that after the transaction of NFT works reaches a certain saturation on any NFT platform, the liquidity of NFT becomes not optimistic. NFT needs to strengthen its DeFi attribute and make its liquidity performance strong through its trading performance on DEX. The NFT token of Pizzap is obtained through stacking on Pai Swap at first. Trading users on DEX will intentionally or unintentionally improve the liquidity of NFT token in order to improve the pool rewards. The premise is that VoiceNFT has obtained the underlying value and has successfully contributed to a certain number of auctions.

According to informed sources, the Pizzap community is currently expanding, and the creator (Pop Voice) & collector (Super Ears) program of the community will be launched later. You can get important information through their social media if you are interested enough.

Learn more about Pizzap, Join us on Twitter and Telegram.