How Aimedis Wants to Reform the Healthcare System Using Blockchain

The corona crisis has shown mankind various points where there is an urgent need for action. The inadequacies in terms of digitization range from education to administration. One area that has been particularly hit hard is healthcare. On the one hand, the nursing staff worked to the point of exhaustion; on the other hand, analog recording methods caused confusion for patients.

Apart from Corona, the world is confronted with a rising population. People are getting older and the use of medical services is increasing accordingly. In the EU area, citizens spent around 936 US dollars per capita in 2020 – the total cost was 1.3 trillion US dollars. In the USA this amount is much higher. People there spent almost nine times as much as their neighbors on the other side of the Atlantic. Aimedis has dedicated itself to solving digitization and cost problems. With their own blockchain-based platform, the project promises nothing less than a revolution in the dusty healthcare industry.

Aimedis: “Patients Should Once Again Become Masters of Their Data”

Who does not know that? You sit at the family doctor and get a referral to a specialist. Most of the time, when you arrive at the new practice, you will be handed a form on which you should note down previous illnesses or allergies, for example. A process that can cost time and nerves. Here comes the first coup from Aimedis. Because with the blockchain- and AI-based platform, patients should be able to easily forward their data to other network participants. For example, the family doctor, dentist and physiotherapist would have access to the same data sets – across national borders. As a matter of fact a large amount of time would be saved. Another positive side effect: Scams – such as double billing for a doctor – would no longer be possible.

The core concern of the blockchain project is simple: Patients should regain control of their own data. In order to make this possible, participants in the network are able to decide to whom they want to make which data available. Very important: It is not mandatory to share data. Everything is done on a voluntary basis. The transaction is then processed as an NFT and will thus also have financial added value for the patient. Medical professionals can also benefit from the process, for example by selling research data as NFT. The transactions can be paid for in crypto or fiat currencies. However, it is more advantageous to use the native token AIMx.

The token is the native currency of the blockchain platform. AIMx is based on the BEP-20 standard and the amount in circulation is limited to a maximum of 600 million coins. AIMx can be earned in several ways. On the one hand, there are classic income methods such as staking (with a return of 12.5 percent per annum) or the sale of data as NFT. On the other hand, content creators can earn AIMx by producing content for Aimedis. In addition, such content also increases the reputation (advocacy score) of the respective participant.

Of the maximum 600 million AIMx, 135 million AIMx are currently for sale for institutional and private investors as part of the IDO.

The tokens not only serve as a method of payment within the Aimedis network, but also bring their owners discounts. For example, private individuals save ten percent on every purchase. Participating companies benefit from a 50 percent discount on placing advertising.

The priorities are clearly set for Aimedis. In addition to patient empowerment, the platform primarily aims to promote hospitals and other medical institutions. The project provides its own IT system for this purpose and offers associated online seminars. In addition to the homepage, there is also an app that is available from the Google Play Store and the Apple App Store.

During the Corona crisis, it was above all the health sector from which most of the bad news arrived. Too few staff, too opaque data, outdated devices and structures. Fixing these problems is likely to be particularly important after the pandemic. Aimedis is ambitious, but by no means unrealistic. It could take some time before all the key points are put into practice, because the revolution in the medical sector has only just begun. 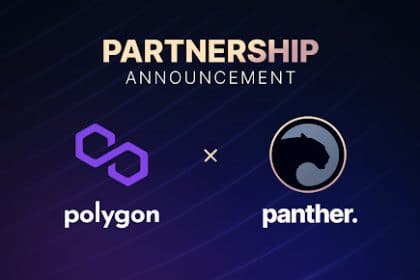 Panther and Polygon Are T...