When assessing the seemingly countless blockchain platforms appearing in recent years, neither users nor critics fail to emphasize scalability. Recently, with the development of sharding technology, real improvements are being made in the area of blockchain scalability. One project in particular has built a powerful new technology with the potential to vastly improve the scalability of public chains.

By breaking down smart contracts into token protocols and data protocols, Alephium allows developers to build dApps that support high concurrency scenarios while maintaining the Turing-complete functionalities of smart contracts.

How does Alephium Differ from Existing Sharding Projects?

Alephium is simple, efficient, secure, and pragmatic. However, the most significant feature of Alephium is its native support for cross-shard transactions which provides a user experience similar to single-chain platforms. Alephium’s core BlockFlow algorithm follows the same minimal network assumptions as Bitcoin – an open and asynchronous network. As a permissionless and decentralized platform, everyone can contribute to Alephium’s consensus and safety.

In a single-chain structure, the hash of each block is stored in the block header of the next block. This allows the transactions of the entire network to be squeezed into a single transaction list. However, forcing the total ordering of transactions ultimately reduces the overall system throughput and increases latency.

Alephium hopes to address these issues of scalability through their BlockFlow algorithm by combining sharding and DAG, which reduces the transaction load of each node significantly. In the above example with three address groups, there are nine shards in total. With BlockFlow, nodes belonging to address group B only need to download transactions from five of the nine shards. This greatly improves the scalability of the platform. 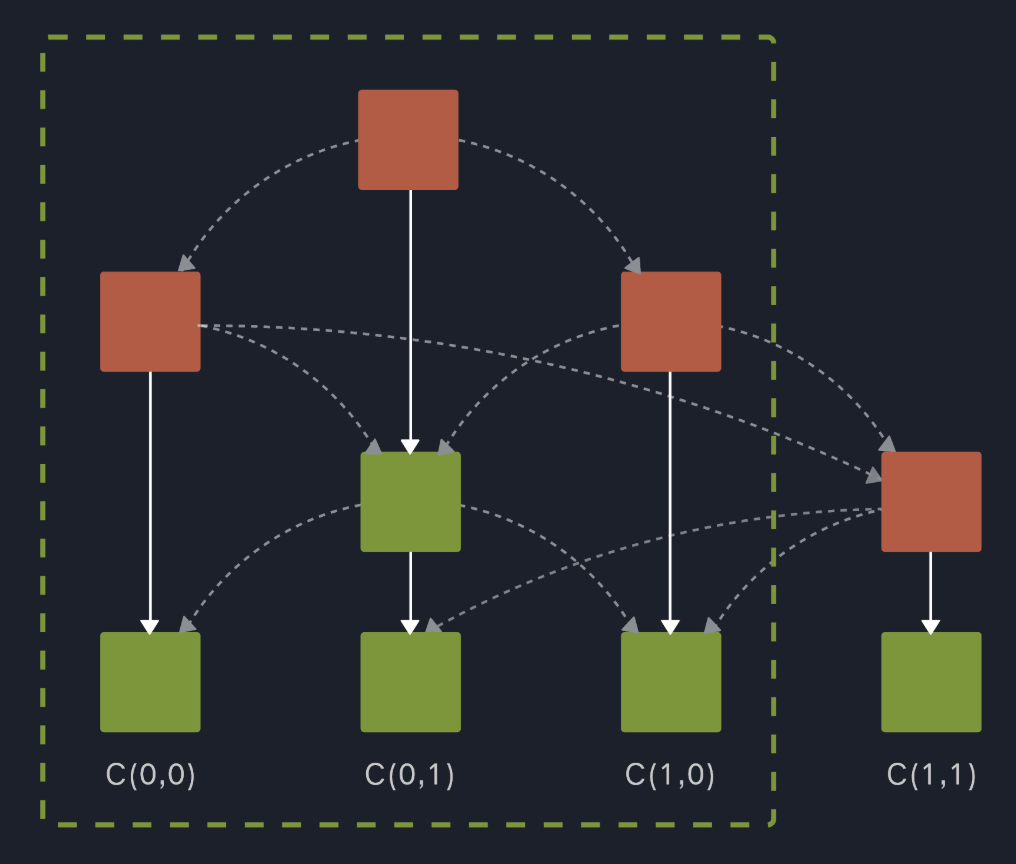 As shown in the figure above, each new block in BlockFlow includes a set of carefully selected hashes of existing blocks as dependencies. The selection rules (see the whitepaper) guarantee that these dependencies would determine a unique fork for each shard in the system. Therefore, each new block determines a unique ledger that is distributed across all shards.

The dependencies for each new block are chosen by miners such that they comply with BlockFlow’s selection rules and the work accumulated in these forks is maximized. By mining new blocks from all shards in parallel, the ledger with the most work continues to grow and nodes in the network need to validate these dependencies when receiving a new block.

Alephium is backed by an impressive team. Founder Cheng Wang is an expert in cryptography and distributed computing. He previously worked as an algorithm engineer at BestMile and was a Senior Data Scientist at Swisscom. He proposed the first linear-time asynchronous byzantine agreement algorithm and co-authored research papers “Beyond One Third Byzantine Failures” and “A Thrifty Universal Construction”, which won the 2015 NETYS Best Paper Award.

Alois Cochard, Alephium’s co-founder, was previously CTO of BestMile, which ranked second in the Top 100 Swiss Startup Awards in 2018. He is an experienced architect in distributed systems and has delivered talks at well-known functional programming conferences.

With the unique combination of sharding and DAG technology, Alephium’s BlockFlow algorithm challenges the boundaries of blockchain performance and scalability. With verifiable improvements to throughput and a practical and efficient protocol design, developers are able to build high-performance dApps that retain Turing completeness.