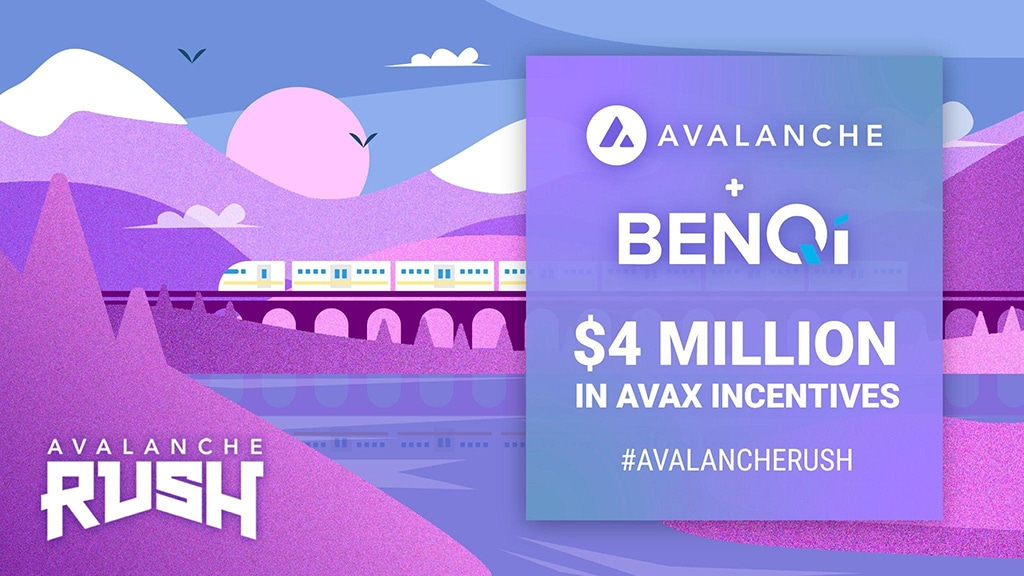 BENQI is excited to announce the launch of the second phase of our ongoing Avalanche Rush initiative. The first phase, which is worth around $6 million, has been a resounding success for the Avalanche ecosystem broadly, and BENQI’s lending market specifically. The protocol has garnered a peak of $2.8 billion in supplied value, over $1 billion in borrows, with close to 14,000 total users.

As part of this phase, BENQI has received $4 million in additional AVAX incentives, and the majority will be applied to the QI and AVAX markets. This brings the total Rush allocation to date to $10 million. The next phase of BENQI’s Avalanche Rush initiative is scheduled to last for 45 days.

Lastly, the team would like to take this opportunity to express our gratitude towards our supporters in the BENQI and Avalanche community, as well as the continued support of the Avalanche Foundation. With plenty of improvements, the launch of the Safety Module and BENQI’s Liquid Staking solution coming up later this quarter, we look forward to the continued growth of the protocol and the community.

“Excited to launch Phase 2 of our Avalanche Rush initiative. As BENQI’s supplied assets approach the $2.9 billion mark, we’d like to thank the community for their continued support. This phase of our Rush program will be rewarding the amazing Avalanche and BENQI community.”

Built on Avalanche’s highly scalable network, BENQI’s vision of bridging decentralized finance (DeFi) and institutional networks starts by launching BENQI on the Avalanche C-Chain. Through BENQI, Avalanche users will be able to earn interest on their assets, obtain credit through over-collateralized loans and earn QI governance tokens as rewards for providing liquidity on the protocol and Pangolin. For more information about BENQI, please visit: Twitter, Telegram, Documentation, Github