On Thursday, February 20th, the Bitcoin price is declining. It is selling for the second day in a row, generally trading at $9588.00.

On W1, the impulse of growth has made a pause. The quotations have not reached the target level of $11500.00 but the MACD is still trying to form a Gold Cross. In such a situation, the market should be approached with lots of care: a decline to 76.0% ($5700.00) Fibo is highly probable. This idea is supported by the descending dynamics of the Stochastic. 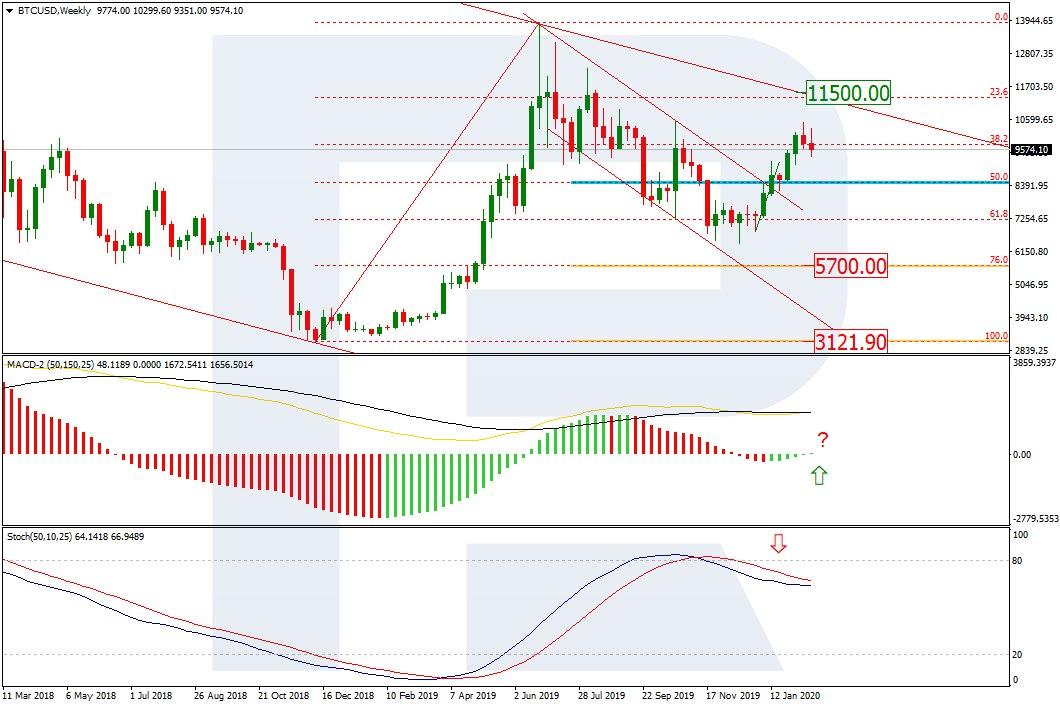 On D1, the quotations have pushed off the resistance line of the projection channel and tested the support line. The current test of the support level may end in a breakout and decline to the main support at $8490.00. 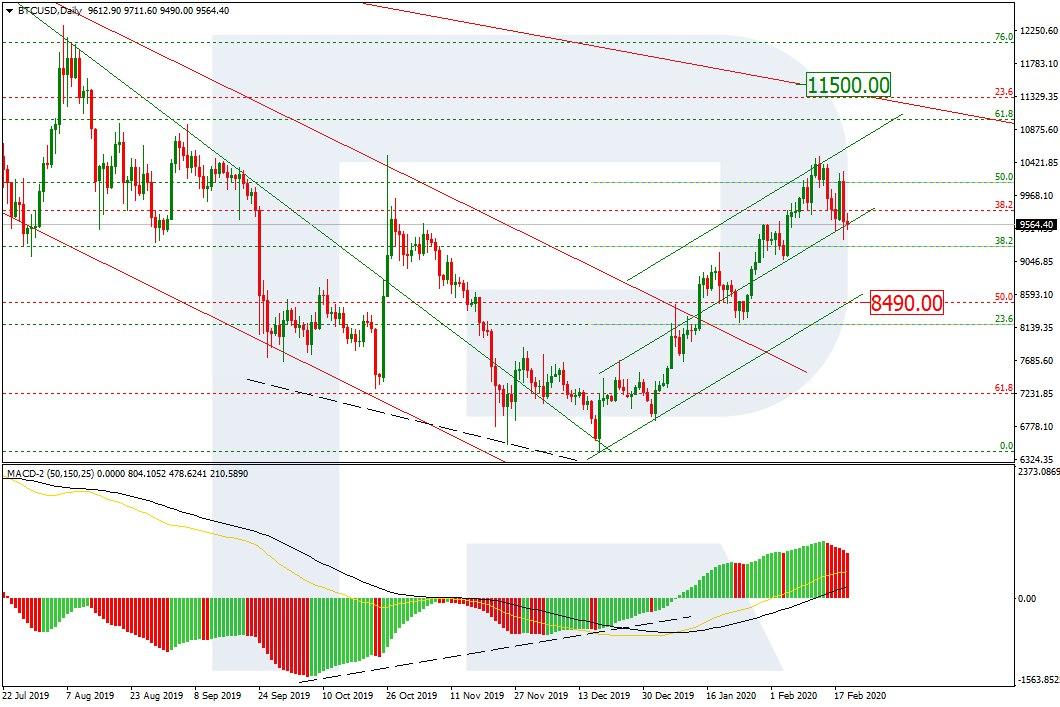 On H4, the price demonstrates the development of a declining wave after a correctional rise to 50.0% Fibo. The Stochastic, having formed a divergence and a Black Cross, confirmed the mood for a reversal. The current test of the support line is not over yet but in the case of a breakout, the quotations risk falling to the support line of the lower projection channel at $8490.00, which is also the main support area. 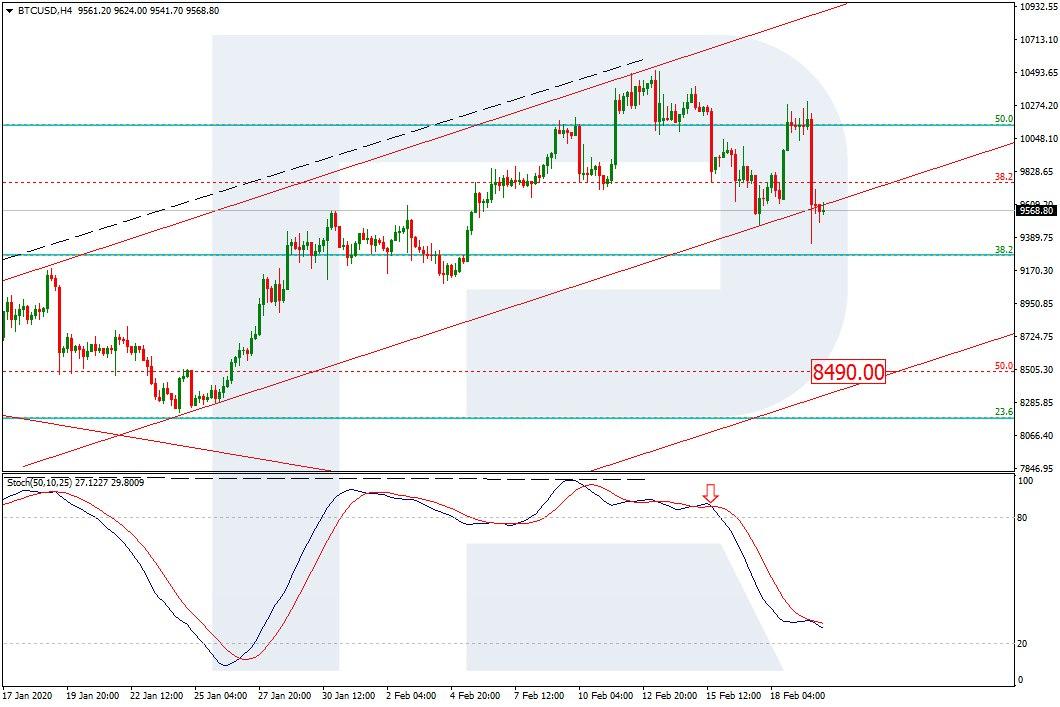 A similar thing has already happened to BTC. For example, in 2017 a sharp increase in the interest to the information about the BTC happened simultaneously with a leap of its price. The situation repeated quite recently, in spring 2018, when the price for the cryptocurrency grew several times in a couple of months.

Currently, new investors keep coming to cryptocurrency exchanges, and the demand for the BTC can support the positive trend in its price. However, in the future, it may lead to a steep decline in the price of the BTC because the volumes of the market liquidity are not that large.

According to the head of Ripple Brad Garlinghouse, the BTC is fully controlled and influenced by China. To his mind, it is quite an understandable step of a clear strategy. In his interview to CNN, Garlinghouse explained that in China, four large pools of miners are based, taking some 60% of the calculation power of the network. The conclusion is obvious. On the whole, China takes about 80% of the calculation power of the BTC network, which is an “amazing strategy”.

On the whole, Garlinghouse says that the trends in the crypto world are nicely surprising as they illustrate a transition from speculations to the real application.