The BTC has been undergoing a correction for two days already. Generally it is trading at $11,500.

On the weekly timeframe the BTC shows a correction after reaching the level of $13,883.07 around 76.0% Fibo. The first descending pullback wave has reached 38.2%. Further decline may be aiming at 50.0% ($8,580.00) and 61.8% ($7,360.00) in relation with the previous ascending wave. Analyzing the upwards dynamic of the Stochastic and the MACD it may be concluded that the quotations will go on growing upon the correction. 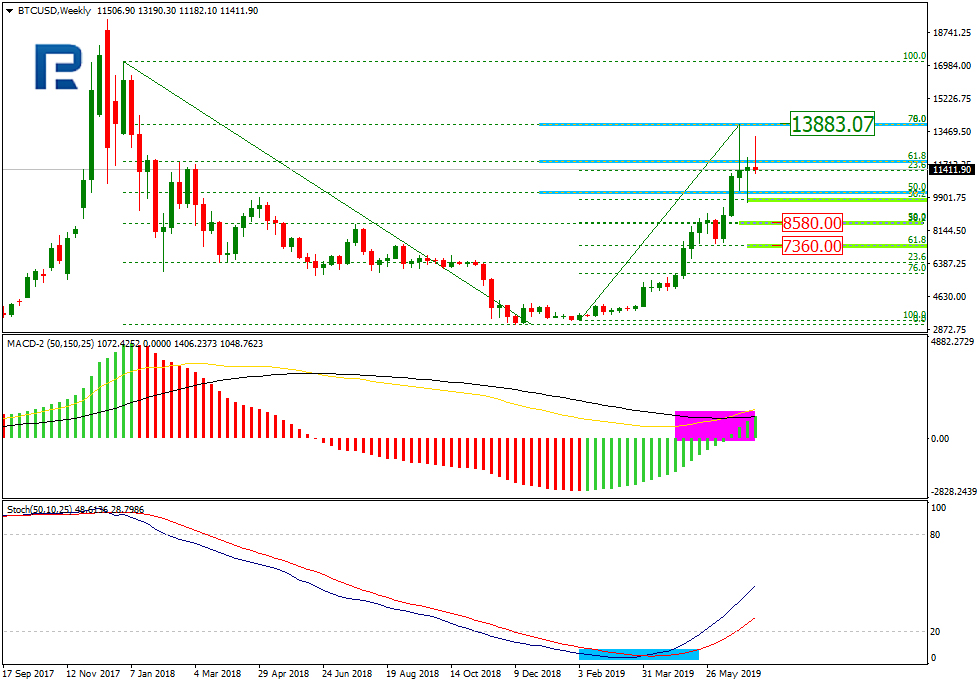 On the daily timeframe we can see that after testing the support line of the ascending channel the quotations have bounced off, however, at the moment a new decline for testing and a breakthrough is beginning. The goal of the breakthrough is at the support line around $10,630.00. Upon breaking through this level the quotations will move into the lower projection channel aiming at the main goal of the correction around $7,360.00. 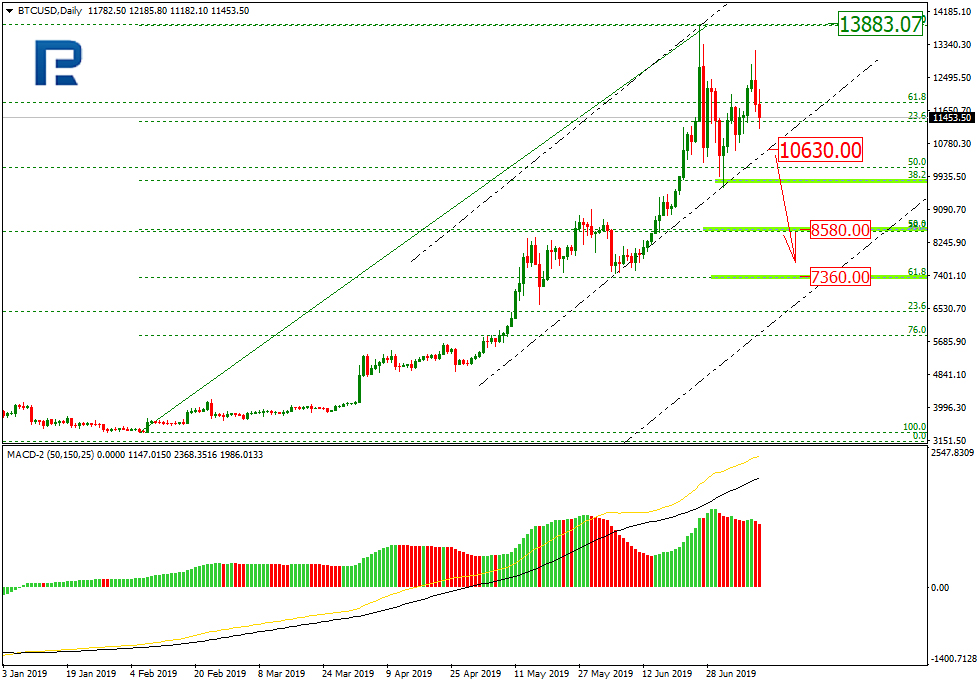 On H4 the short-term ascending trend has resulted in a breakthrough of the support line. The current decline and its further development are confirmed by formation of a Golden Cross on the Stochastic. There is a quite wide channel forming inside the mid-term correction dynamics. After a decline below $10,630.00 further falling will be aiming at the lower border of the correction channel around $9,035.00. 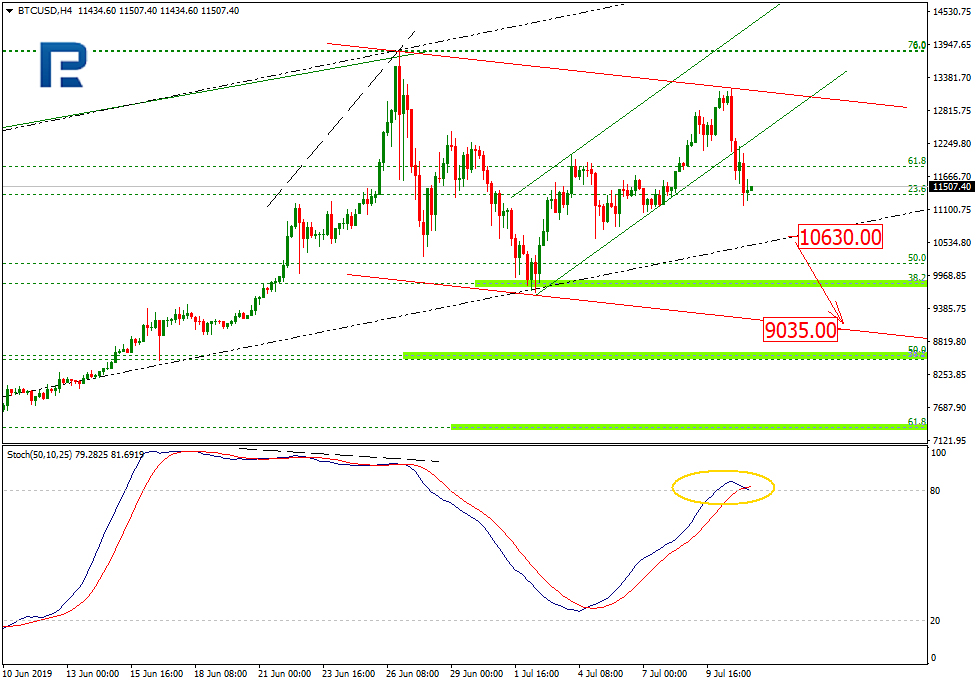 Capitalization of the exchange market has shrunk for $40 billion during the last 24 hours, the Bitcoin having lost 11% of its price.

The proportion of the Bitcoin on the market has grown above 65%. This has added up pressure upon certain altcoins. Last time the market experienced such an obvious predominance of the BTC in December 2017, right before a steep growth of the currency price.

They say that the “altcoin era” will come in 2020; before that time cryptocurrencies will have to struggle.

According to Director General of the Binance exchange Changpeng “CZ” Zhao, the situation on the cryptocurrency market in the nearest future is going to stay calm, unlike the rally of 2017 because only those projects that have created really valuable products remain on the market. He says that the cryptocurrency world and the world of high tech do not stay in place. At present we can already see which blockchain-based projects have become a success and how they feel on the market. This is rather indicative. Taking the above into account, Zhao expects a growth of the BTC and altcoin price sooner or later.

For Tim Draper, Bitcoin has a lot of fundamentals that are capable of powering its growth over time.

Both Ambit Finance and Binance Labs will work together on launching future DeFi apps with a focus on innovation, security, and risk control.