On Thursday, September 5th, the Bitcoin (BTC) is slightly declining, trading at $10,542.

On the weekly timeframe, the Bitcoin is still developing a mid-term correctional phase. The quotations remain inside a descending channel but are demonstrating growth to its upper border.

A breakaway of the resistance line may signal the end of the correction and the start of a new wave of growth. Securing above the resistance level of $11,350.00 may confirm further growth to the peak of $13,857.20, in particular. An additional confirmation may be the ascending dynamics of the MACD and the Stochastic. 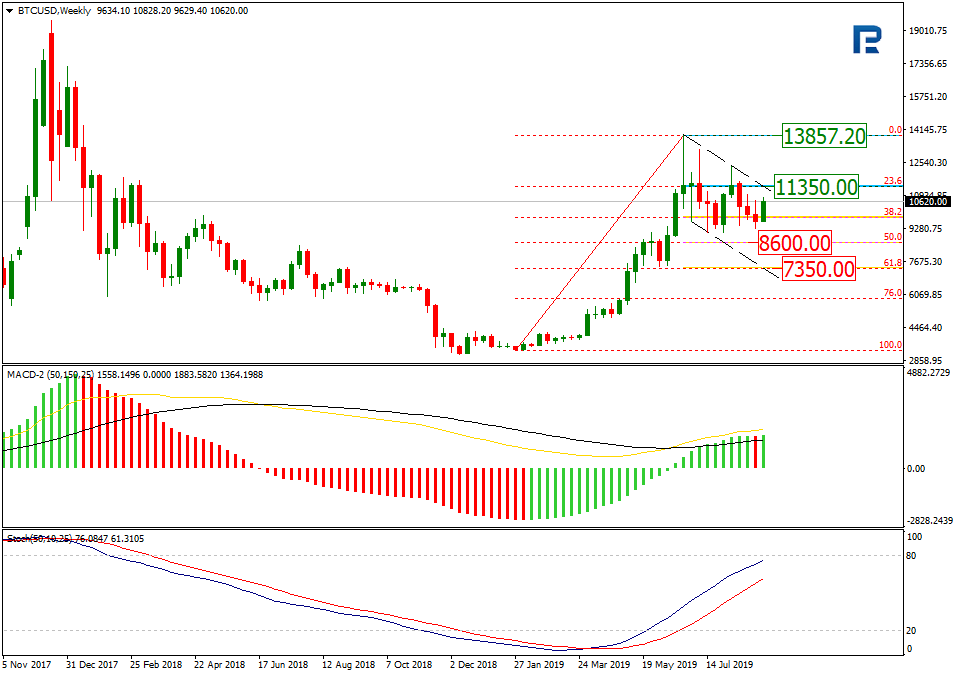 On the daily timeframe, the BTC/USD is forming a correction channel in the shape of a Triangle. After a bounce off the support line, the quotations are heading for the resistance line at $11,350.00.

The descending dynamics of the MACD lines may signify a potential bounce off the resistance line and another decline to the support level at $9,318.00. A breakaway of this level will signal a decline to the mid-term goals. 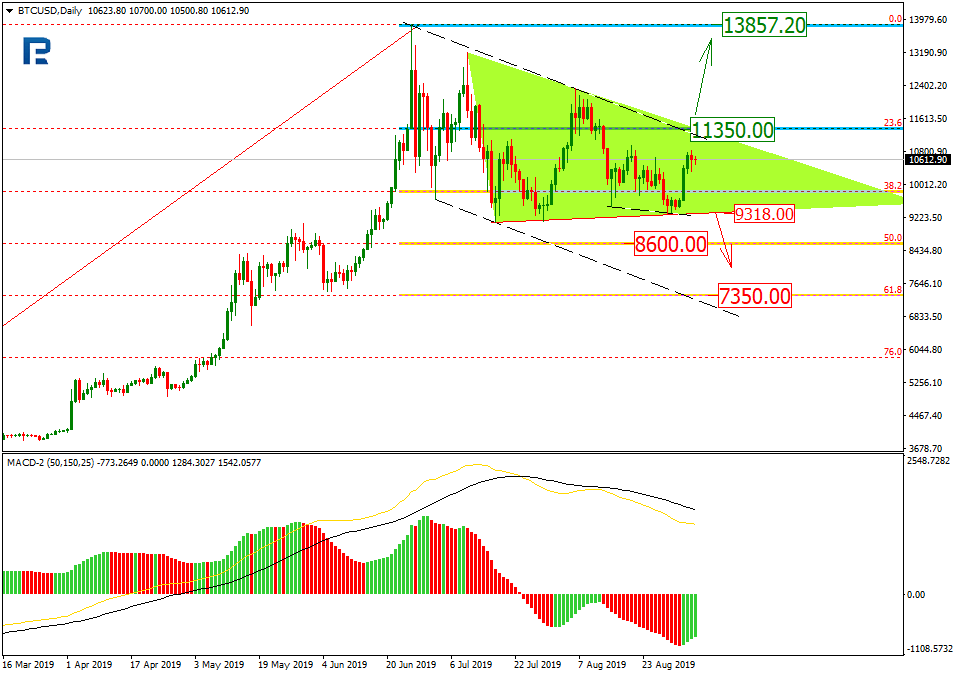 On H4, the cryptocurrency demonstrates an ascending movement in more detail. The local goal may be at $11,098.00, which idea is supported by the dynamics of the Stochastic. A Black Cross forming in the overbought area of the indicator will signal the beginning of a decline. 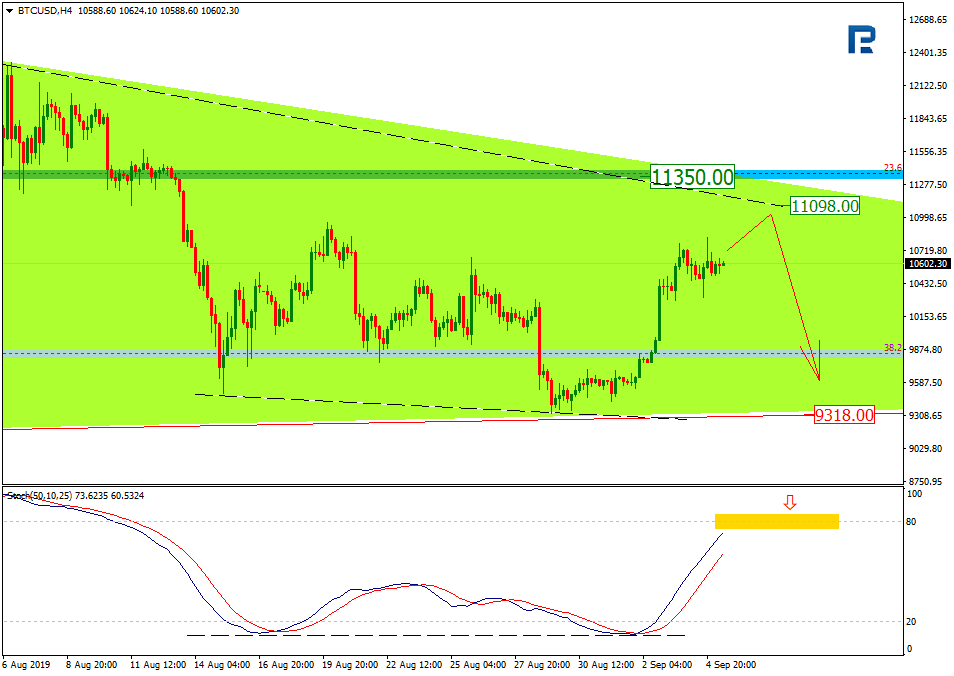 At the beginning of September, the hashrate of the Bitcoin network has grown abruptly. It turned out to be around 87 quintillion hashes a second. A bit earlier, it became known that the processing power of the network had also grown — by 25% during a week’s time.

The news about launching the ETF of the Bitcoin, which has lost the edge due to the long and complicated process of coming to an agreement with the Securities and Exchange Committee (SEC), has become topical again.

Two companies from the U.S. seem to have found a way to circumvent the current requirements of the SEC in order to launch a cryptocurrency derivative. Unfortunately, this way it will only be available to institutional investors.

In theory, the ETF trades on the BTC may open today, September 5th, with demand from banks and hedge funds only. Trades are launched by VanEck Securities and SolidX.

There is nothing illegal here as the companies are using a loophole in the legislation that allows for placing securities under a closed subscription among the buyers qualified sufficiently.

Permission of the regulator is not required. There is only one question: will VanEck Securities and SolidX be able to find enough buyers for their product? And will banks be eager to risk, buying something so ambiguous.

Meanwhile, PlanB has now reprojected his stance and extended the timeline for the $100k target to the year 2023.

Bitcoin Price Slips Despite Strong US Job Data in September