All cryptos have been rallying in April so far, which could be triggered by both technical and fundamental reasons, while a pullback may not come right away.

The altcoins followed the flagship quickly. While few people expected the cryptos to continue rising after a short upmove, the bulls were here to stay.

What made the cryptos rise is yet unknown. Some say the crypto market became a haven for those who got tired of the predictable FX. They were looking for volatility and finally found it. Another opinion is about a large market player, and investor or fund, who made a very big transaction.

According to Edward Morra, the prices went up during the Asian session, so one should look into there.

Technically, the BTC was long trading near $4,200, where people placed a lot of buy orders, and those were triggered in a single moment.

Now, the most important question is where the price is going to stop and then start pulling back. Fundamentally, it’s unlikely to happen now, with the central banks cutting the rates and the investors trying to find good assets to trade with other than currencies. Meanwhile, the question on the First BTC ETF is still open with SEC.

On W1, the Bitcoin broke out the long term descending channel resistance and may now move to the projection channel. The Stochastic is forming a golden cross, thus confirming the rise towards the round number of $6,000. with the support being at $3,780. 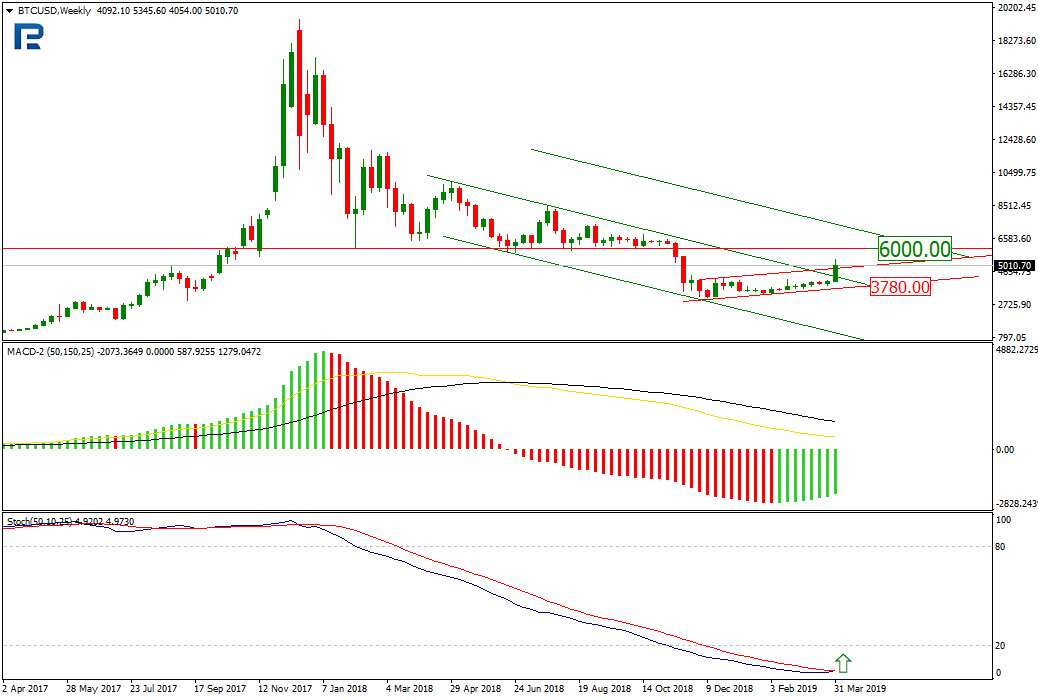 On D1, the ascending correction trend broke out the projection channel resistance, and then bounced back to the support, reaching 61.80% Fibo. The correction trend is here to stay, though, with the new target being at 76% Fibo, or $5,920. 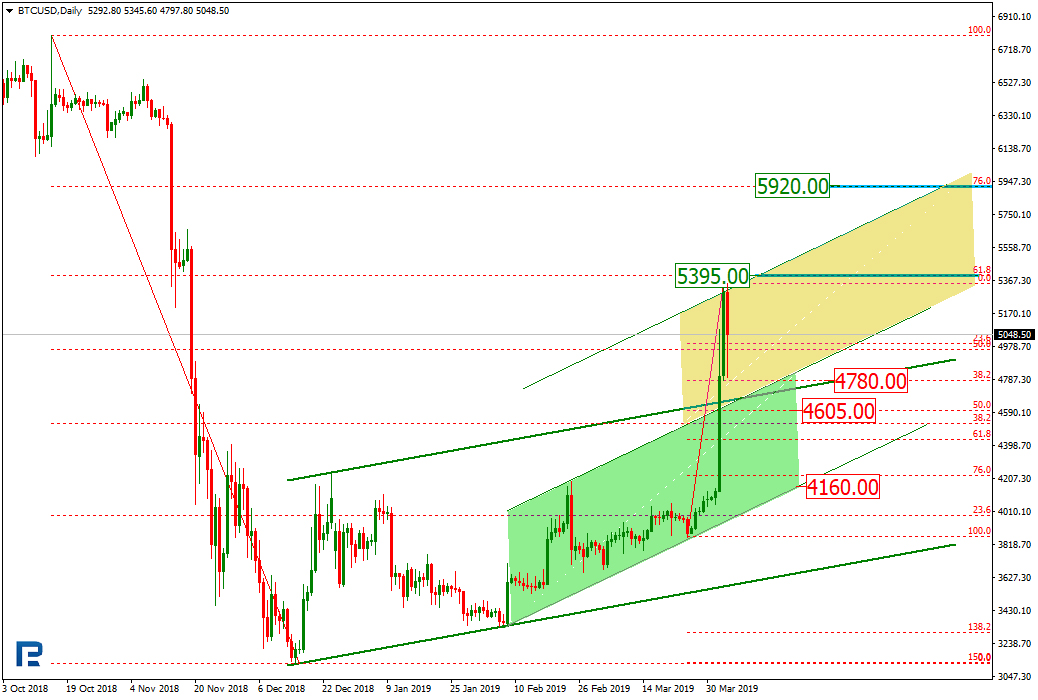 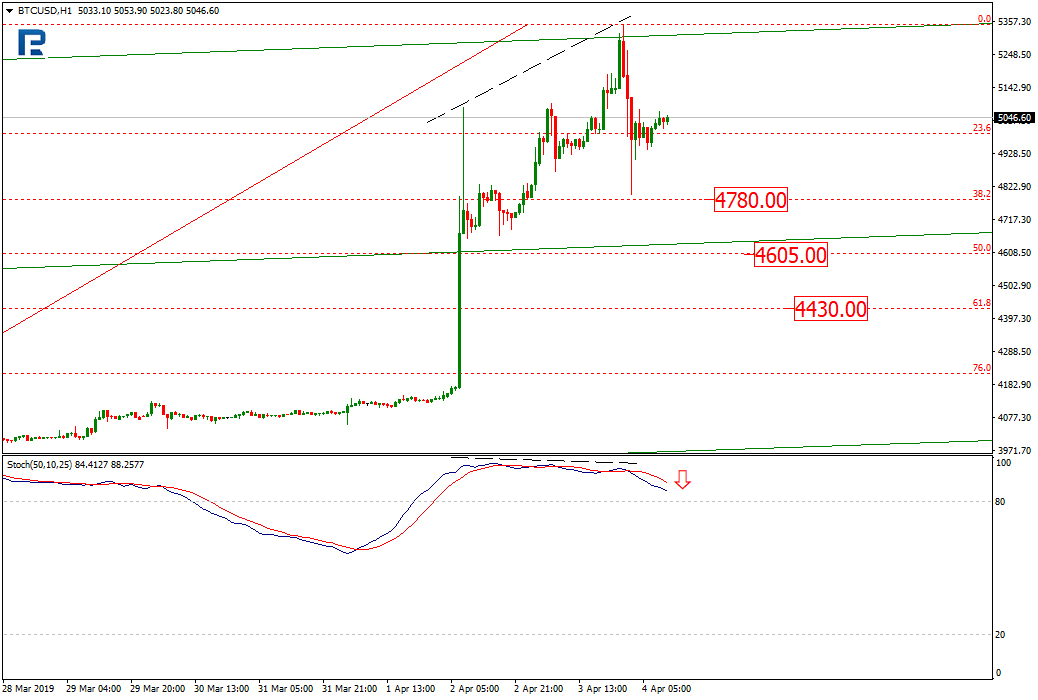 As per the model and based on historical chart patterns, Bitcoin (BTC) is likely to hit $100K levels in the next few months. Bitcoin is all set for an escalated price surge of over 200% from the current levels.

Though Bitcoin price dropped today, the coin is up almost 30% in the last 30 days.

Bitcoin (BTC) tanked more than 10% in one of the sharpest drops so far in 2021. The world’s largest cryptocurrency has shaken the market sentiment following which the overall crypto market lost 10% valuations.