By Feb 7, the BTC is continuing to go down, trading at around $3,445.90, reports Dmitriy Gurkovskiy, Chief Analyst at RoboForex.

By Feb 7, the BTC is continuing to go down, trading at around $3,445.90, reports Dmitriy Gurkovskiy, Chief Analyst at RoboForex.

After a local correction and hitting the low, the price is downtrending on H4. Breaking out the local support at $3,336.50 will allow the BTC to move to the projection channel at around $3,246. The MACD is meanwhile converging, signaling a possible pullback. This may trigger an opposite scenario, with the resistance at $3,440 broken down and the price rising to $3,678.

On H1, the crypto is range trading, while the Stochastic is in the oversold territory and signaling a short term pullback to $3,411.20, which is likely to be followed with a new downmove. 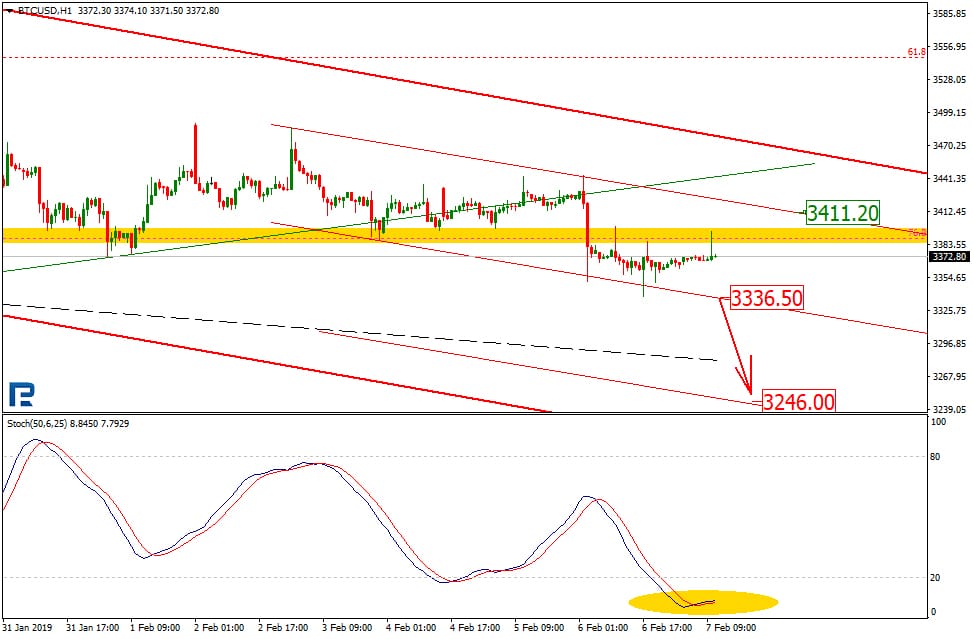 Fundamentally, Bitcoin is feeling quite unwell. When Nobuaki Kobayashi, the trustee of now-defunct Tokyo exchange Mt. Gox sold a lot of BTC via BitPoint crypto exchange, this was not considered positive, and when the company got bankrupt, this got even worse. The market received details once the legal trials concerning that bankruptcy started in Tokyo. The CEO, whose name is Nobuaki Kobayashi, said he had sold Bitcoin only after getting appropriate advice and tried his best not to stress the market. It is known that Kobayashi sold Bitcoin equaling $318M, which had some influence on the BTC price in early 2018.

Meanwhile, Matt Hougan, the director at Bitwise, says the crypto market had been forming a bubble for years that burst in late 2018. He is quite sure nobody would have paid attention to the sector but for the impressive rise in 2017. 95% of today’s cryptos are useless, he adds, and they are bound to disappear very soon. The rest 5% are good in his opinion, though.

Bitwise is the company that applied for Bitcoin ETF launch, which makes its director’s opinion so interesting, if very much controversial. While the SEC still has not taken any decision regarding the crypto ETF’s,

Hougan is sure the institutional investors will get interested in digital money, it’s only a matter of time. Without a duly made regulator decision, however, there will be very few people ready for such huge risks.

As 2022 is wrapping, Coinspeaker presents the plausible expectation for Bitcoin price in 2023 in this exclusive Advent Calendar series.