Both Сrypto and In-Game: Why PixelBit is the Ideal Currency for the Gaming Market 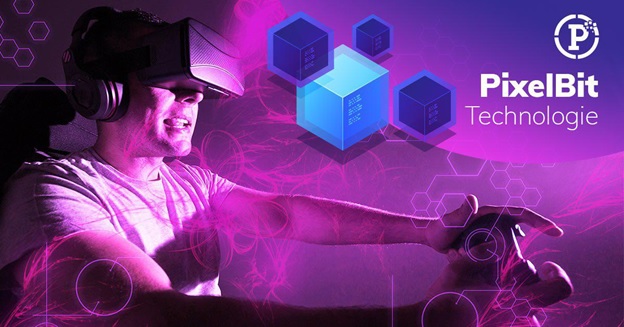 Gaming is much more than leveling up or rolling а dice. Most popular games have well-developed economies of their own, with a system of rewards and countless artifacts that can be worth hundreds of dollars. Yet, these economies are usually isolated from the real world. PixelBit is a cutting-edge solution that will integrate game economies into the real world and merge them with the booming cryptocurrency industry. This will be possible thanks to a unique set of advantages that PXB tokens have over both in-game currencies, fiat money, and other cryptographic coins.

PixelBit tokens adhere to the ERC20 standard and thus share the same advantages over traditional fiat money as Ethereum. Transactions costs when using PXB are close to zero, which is crucial for gaming, where microtransactions are dominant. PXB is free from any centralized control and thus freely available to users in any country, including those who have trouble making deposits in their local currency when playing games or making bets. PXB transactions are securely recorded on a blockchain, drastically reducing the risk of fraud. Finally, tokenized payments on the Ethereum network will soon become near-instantaneous with the introduction of the major Constantinople update and other novel features aimed at scaling the Ethereum blockchain.

Cryptocurrencies like Bitcoin and Ethereum had their moment of glory in late 2017 and early 2018, when the price of 1 BTC reached $20,000. At that moment, large-scale global adoption seemed imminent… and yet, it didn’t happen. Cryptocurrency is accepted by a limited number of online stores and services, and its real-world usability compared to fiat money remains debatable.

PixelBit tokens offer a key advantage that many other cryptocurrencies lack: they have a clear-cut use case and a tech-savvy target audience. The gaming and gambling markets are ready for the introduction of a universal, cross-platform currency that will allow users to get rewards, trade in-game artifacts, play casino games, and make sports bets – all with one token. Since PixelBit has built its cryptocurrency on the popular ERC20 standard, players and bettors will be able to withdraw their PXB from a game or gambling site in just moments and send it to their cryptocurency wallets, a crypto exchange, or a P2P exchange service.

Many games have massive virtual economies – for instance, the gold-mining industry in World of Warcraft has crossed the $2 billion mark on some occasions. The use of PXB tokens instead of traditional in-game money units (which have no value outside of the game) will boost the token’s adoption and ensure active, non-speculative circulation – something that Bitcoin and other cryptocurrencies lack. It should also be noted that since the emission of PXB will be finite and limited, there will be no risk of environmental costs, which distinguishes PXB favorably from proof-of-work currencies such as BTC, that require enormous amounts of electricity to be mined.

Being able to trade artifacts and earn rewards is one of the most attractive features of any game. Yet, until now, players have been unable to use their in-game currencies outside of a specific game. PixelBit will change that: In-game rewards will finally have real-world value. A player who reaches a certain level in a game or sells a valuable skin and receives PXB tokens in return can almost instantly transfer them to his or her crypto wallet or to a P2P exchange. Thus, playing games can become a source of income – something that will surely increase the motivation of players.

A crucial benefit of PXB tokens as an in-game currency is that they can be used across an unlimited number of games built on various engines (Unity, Unreal, GameMaker, etc.), as well as in blockchain-based games. A player who has accumulated some PXB thanks to his or her success in one game can easily take the tokens to a new game.

PixelBit is currently wrapping up work on its API kit and preparing for the main rounds of its token sale. Additional details are available here.