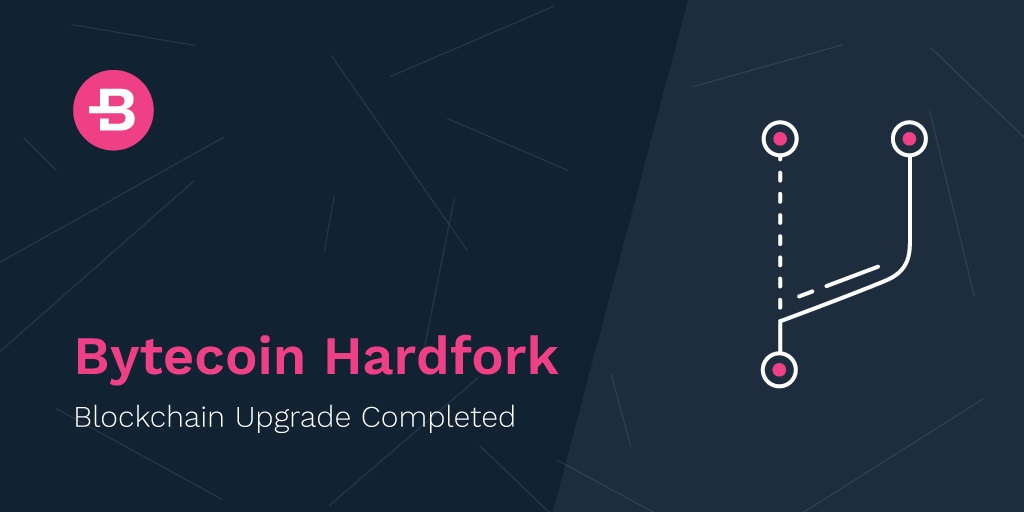 On Friday May 17, Bytecoin, one of the longest standing privacy coins in the crypto space, successfully underwent a scheduled hardfork.

This was a non-contentious hardfork, meaning that it was pre-planned and intended as a means of refining the Bytecoin platform rather than dividing it. Once 90 percent of the blocks in a 720-block frame were submitted via the new version of Amethyst software it triggered the switch height of the blockchain, which in turn initiated the hardfork.

Though long planned, the fork was nonetheless momentous as it has formally ushered in changes to the platform pre-packaged in the Amethyst 3.4.2 software update. While Bytecoin’s maximum coin supply has not been altered in any way by the hardfork, now both new and old Bytecoin addresses work properly and can be transferred amongst each other.

Moving forward, this hardfork will set the stage for a number of features and upgrades to the platform to take effect, namely:

These updates are aimed at streamlining the platform and solidifying its position as one of the premier privacy solutions in crypto. The additions of unlinkable addresses and HD mnemonic wallets will do much to beef up the platform’s cryptographic specs, while adjustments to block and ring signature size are set to increase agility.

Looking forward, this hardfork will set in motion a number of prospective features that have been lined up on deck for Bytecoin, including the Gateway project, hidden amounts, and the events laid out in the roadmap.

When reached, Bytecoin CMO Jenny Goldberg had this to add:

“We have been preparing for this hardfork for a long time, and many of our future plans were dependent on its completion, so this is a key development for the team and for the community. On behalf of the team, I’d like to thank the members of our community for their contributions in the lead up to the fork, and share our enthusiasm for what’s on the horizon. We feel that with the developments we’ve got coming this next stage for the platform will be marked by expansion and positive growth.”

Bytecoin was originally launched in 2012 as the first privacy-oriented cryptocurrency based on CryptoNote technology. Since its conception, Bytecoin has worked to position itself as a platform that recomposes structures of commerce in favor of the individual.