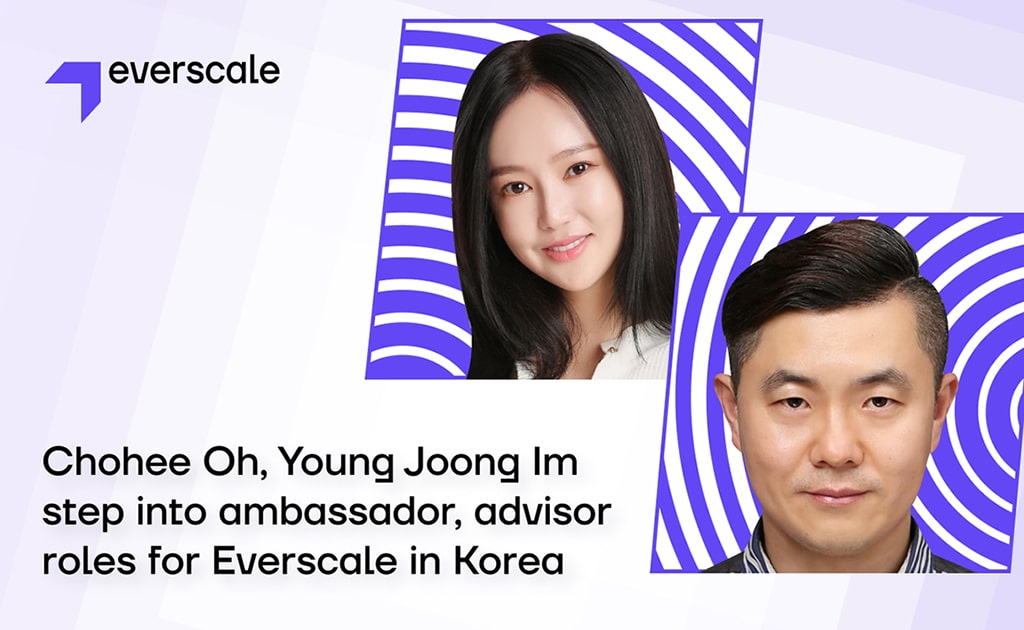 Everscale continues its expansion into Asian markets, this time with a focus on South Korea as it adds two new leaders to its marketing and business development efforts. The network has added movie star Chohee Oh and consulting expert Young Joong Im as an ambassador and an advisor for the emerging South Korean market.

As the Everscale network continues to expand and refine its ecosystem of DeFi platforms, it has kept its focus on developing markets in Asia. Key to the growth of the network has been expanding awareness and adding new users in markets across Asia. The Asian demographic represents one of the most dynamic markets in the world, and Everscale has made numerous inroads over the past year.

Everscale’s Asian expansion has kicked into another gear with its latest announcement. The Everscale Foundation has appointed the Korean movie star Chohee Oh to strengthen its marketing in the Korean market and emerging Asian countries such as Vietnam, Thailand the Philippines, and Indonesia, as well as North America, and Europe.

Chohee Oh has appeared in various dramas and movies in South Korea. She is also a well-known artist who has been invited to numerous art exhibitions, where she started getting interested in blockchain and NFTs. There has been discussion about making ChoHee Oh’s works into NFTs using Everscale’s technology in the future.

In addition to Chohee Oh, the Everscale Foundation has also announced the appointment of Young Joong Im as its new advisor for the South Korean market. Im has made a name for himself as one of the leading blockchain consultants in South Korea, specializing in listings, trading and media.

The Everscale Foundation will be working with Young Joong Im in pursuit of establishing the world’s most technologically advanced blockchain in the South Korean market and increasing the number of Korean users as much as possible. Through the new partnership with Im, Everscale was able to hire Chohee Oh as an ambassador.

When reached for comment regarding the new South Korean appointments, Broxus founder and Everscale DeFi Alliance Member Sergey Shashev had this to say:

“Everscale is a bridge that connects all the blockchain ecosystems in existence along with their various programming languages. The result is a blockchain with tangible real-life, value, which people can live with and improve their lives with. This blockchain features infinite scalability, super-fast speed and incredibly low fees. I’m thrilled and looking forward to working with more South Korean influencers to help Koreans learn more about Everscale’s technology and value for South Korean people.”

Everscale is the most technologically advanced blockchain in existence. Powered by an infinite sharding mechanism, Everscale adapts to any workload it is tasked with, without the size of the load affecting transaction times or processing fees. This makes it the ideal blockchain for hosting CBDCs and other load-intensive projects.

Over the past two years, Everscale has emerged as one of the biggest blockchains in Asia, with a thriving community and robust ecosystem of DeFi platforms.