CrazyBunny Skyrockets 22200% Since Launch, An New Entertainment Platform is Expected in Near Future

The idea of “earning while playing” has become more and more mature as we speak and also, fundamentally changed the model of paying to play games. This phenomenon has created its own microeconomics and evolved most games from Pay2Earn into Play2Earn. As such, everyone now has the opportunity to earn passive income via playing these blockchain games. Following this new gaming trend, CrazyBunny has established numerous virtual currency trading platforms to exploit the potential of gaming coins and create greater values from them. 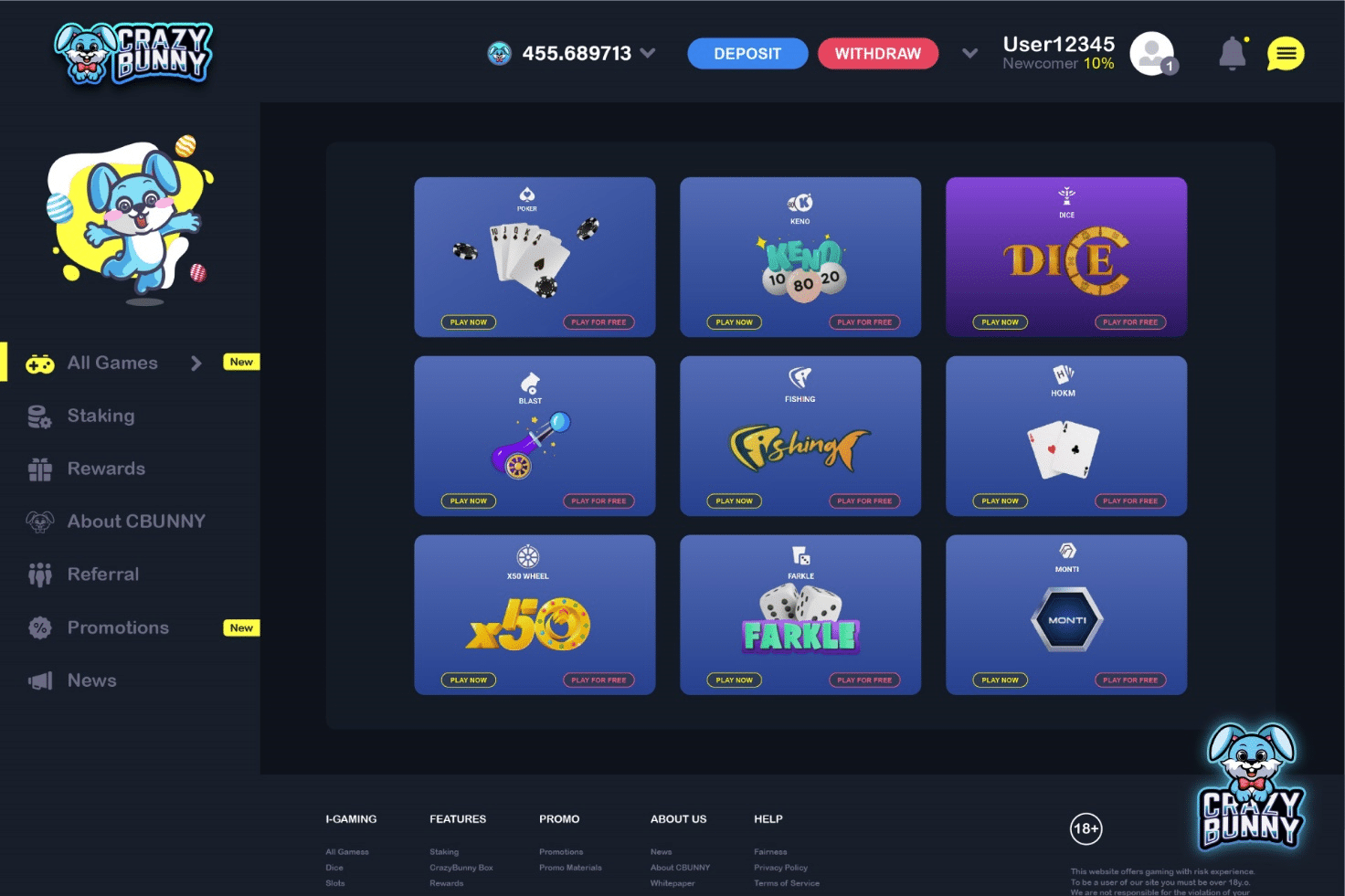 Blockchain Decentralized Entertainment Has Become the Next Wave of Economic Trend

One of the various advantages of blockchain is that it allows users to make passive incomes. The first case of it is the DeFi technology that allows users to generate huge returns by investing assets via different decentralized methods. The term “GameFi”, which can be regarded as a “gamified DeFi”, means that players are authorized to take full control of their in-game assets and optimize returns from them through different decisions.

Games with the “earning while playing” structure allows users to make incomes via utilizing their respective.

in-game currency. This new blockchain gaming trend further gives birth to the “Play2Win” model, a signal that marks the great arrival of the GameFi era to our world. In this stage, most blockchain games introduce the DeFi contract into their system and promote trading of game assets under the DeFi + NFT approach. As time goes on, we believe that more and more “blockchain games will” can be found on the market, and they wouldn’t be just simply entertainment, but a new economic system that can generate huge returns.

CrazyBunny is the first-ever DAO (Decentralized Autonomous Organization) project that embraces full autonomy. This decentralized gaming platform does belong to any individual, not even the founding team has any privilege on it. As such, the rise and fall of CrazyBunny depend entirely on the activeness of its players’ participation.

As soon as the platform tokens are released, the development plan of CrazyBunny will also be officially announced and the DAO will decide how the tokens will be used. Should anyone hope to obtain a $CBUNNY token, the only way is to buy it from the market. In essence, the entity that truly has the right to speak and make decisions is the DAO, which further proves that CrazyBunny is a 100% autonomous online entertainment platform.

$CBunny is a token that CrazyBunny built on Binance Smart Chain (BSC)., and it is under the CERTIK’s professional audit to ensure the decentralized platform is fully competent and transparent. All auditing results can be examined at CERTIK to verify that CrazyBunny is an online entertainment platform that is completely under the management of DAO.

$CBUNNY has actively commenced in various trading platforms and received great applause from most of them at launch. The token value skyrockets 22200% from the original USD 0.000000031 to USD 0.0000069. The pricing statistics can be found at COINGECKO and COINMARKETCAP, proving that the future of $CBUNNY is strong and very promising.

For newcomers, CrazyBunny also provides countless surprising rewards and a more diversified gaming list to make sure they can have fun and have more interesting games to play while earning. In this mid-November, there will be a special lucky draw event that gives away a total prize value of USD 50,000 to 100 lucky participants.