CryptoBlades is back at it again with another electrifying spree of developments and game features in just the first month of the new year. After an exciting exit of 2021 and an amplified rewards system of over 10 times the previous amount, the team moves forward releasing PvP (Player versus Player) and NFT Character Burning, an official roadmap for their continuation game CryptoBlades: Kingdoms, an exhilarating partnership with Volmi, and news of recent token listing discussions with tier one exchanges.

While CryptoBlades players have enjoyed the benefits (such as unbelievable staking APYs) and earnings from the 10 times rewards increase, developers have pushed both PvP and NFT Character Burning into the game this past month. PvP is a game mode where two players duel in real-time, testing the strength of both weapons and shields that they have acquired. After the wagers have been taken, one player will emerge victorious, claiming profits as a prize. Winners will also collect ranking points that accumulate over an interval season and the top 3 on the leaderboards each split a share of a rewards pool.

Although it doesn’t have an effect on PvP, Character Burning is another exciting feature that players can explore to intensify profits further. The concept of this feature builds off the idea of increasing rewards while keeping them sustainable, something the CEO Philip Devine has been striving for since the inception of the game and has now achieved. Players can burn, or convert, character NFTs into another, making it stronger. Since the release only days ago, players have seen yet again an increase in rewards as well as a 100% – 200% increase in character NFT values.

One thing that remains consistent about CryptoBlades besides their movement upwards is their increasing number of partners, and head-turning ones at that. News of a partnership with Volmi Games has swept the space, leaving many people wondering how big the vision for this project really is. Volmi Games creates high-end gaming content for a variety of mobile, PC, console, and VR projects. They have vast experience working with AAA titles and will most certainly help CryptoBlades as they march to the top of blockchain gaming.

Previously, it was known that CryptoBlades planned on developing their own metaverse outside of the game itself, and with partnerships like Volmi Games, they are making it a reality. CryptoBlades released their Metaverse, Omnus, in late 2021 and are now making moves to build it further. The Metaverse in and of itself is a place where CryptoBlades’ Omnus is working to connect many projects together and build bridges such that they can exist as working counterparts all the while standing on their own. The projects within Omnus could share NFTs and or utility, compounding value and communities in one space.

With all this excitement raising the eyebrows of players and investors, it is of no surprise that CryptoBlades and the SKILL token are being recognized by tier-one exchanges and the people around them. After competing and dominating the MBV-II competition held by Binance Smart Chain last year, CryptoBlades is set and ready to make a move.

The company CEO Philip Devine was quoted as saying:

“CryptoBlades has remained a leader in Play-to-Earn gaming by creating innovative Blockchain gaming systems for our 1.2 million users, and now we are positioning ourselves as a platform providing much needed services to the GameFi sector as a whole.” The company CMO Aaron Hutton was also quoted as saying “The Metaverse will be defined by the value it provides digital asset owners, which is why we are pairing our experience developing a protocol with over 5,000,000 NFTs minted, with the world’s best game developers, technology experts, artists, and creative studios to reshape how we interact in a digital world.” 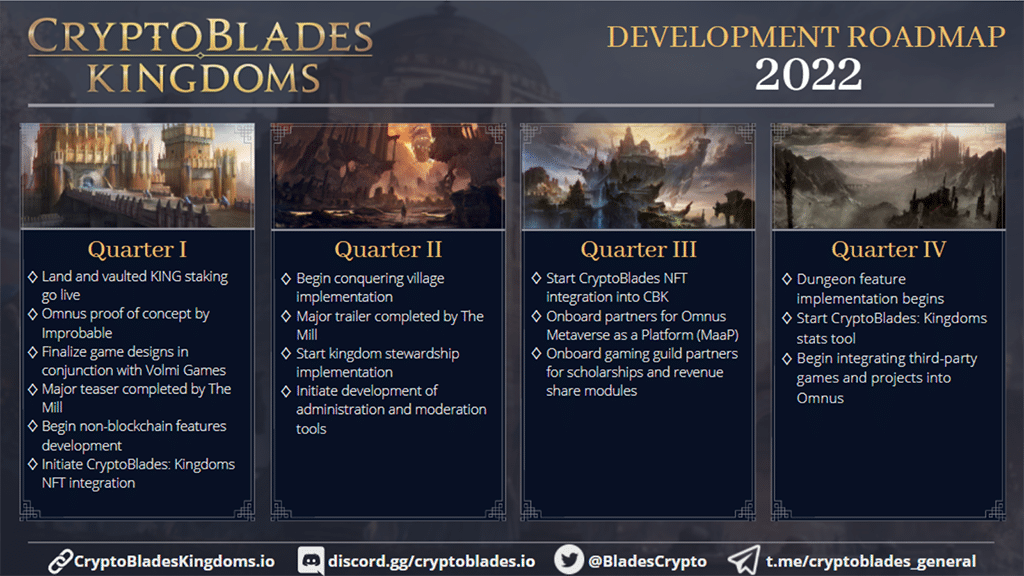 To learn more or get started with CryptoBlades, visit their official website or Medium. They also have a Twitter which they make updates on a daily basis.