Dash, the top payments-focused digital currency, has received approval from the Dash community to employ the services of Bugcrowd, the leader in crowdsourced security testing. The partnership means thousands of security researchers will be incentivized to identify critical software vulnerabilities within Dash’s code and present them to the Dash Core Team for remediation. Commencing in August, Dash will employ a private bug bounty program through Bugcrowd, tapping into a curated, invite-only crowd to find Dash vulnerabilities, and then, in line with the rollout of Evolution, expand to a public program where over 60,000 registered security experts around the world will detect issues on behalf of Dash and be rewarded in bug bounty payments.

Jim Bursch, Director of DashIncubator and Bugcrowd’s proposal creator said, “Our goal is a safer, stronger network. We are talking about money — the digital equivalent of cold, hard cash. Meaningful amounts of cash attract a powerful incentive for thieves on a global scale. The Dash project is like building a bank vault, and inviting elite bank robbers to participate in its design, so it can’t be robbed by other criminals.”

In the short history of cryptocurrencies, hacks have already marred the industry, and enterprise have felt the pain for well over a decade. Just last month, a hacker walked away with $7 million USD from investors participating in CoinDash’s ICO, in June last year over $50 million USD was stolen in The DAO (Ethereum) hack, and large companies like Bell Canada and Tesco Bank have recently been victims of information breaches and lost customer funds.

Dash Core CEO Ryan Taylor said, “As Dash gains more mainstream attention, identifying and fixing vulnerabilities is absolutely imperative. Bug bounty programs attract fresh eyes to review code which ensures white-hat hackers help identify any security flaws. Providing strong incentives to attract experienced programmers is one of the many tools we have at our disposal to ensure the Dash codebase is as robust as possible.”

Bugcrowd CEO Casey Ellis said, “Currently, there is a massive shortage in cybersecurity professionals – pair this with an expanding attack surface and companies are at a major security disadvantage. We have amassed a solid resource of professional security researchers and years of experience managing highly complex programs. We are living in the era of digital transformation — cryptocurrency is the next stage in this evolution. Given the globalization of the workforce, it stands to reason that the demand for cryptocurrency will grow.

When a security researcher finds a bug in Dash’s code, the Bugcrowd Technical Operations team will handle bug triage and validation. Bugs are assigned a ‘severity’ rating and remediation advice is provided to the Dash Core Team.

“Our landmark release, Evolution, aims to completely redefine how a digital currency functions and will be available for Alpha testing in December. Providing that optimal user experience requires a massive change to the underlying technology. The more improvements Dash adds to the original Bitcoin code, which Dash is based on, means we will continue to invest heavily in ensuring our product meets the highest standard possible. Because digital currencies store wealth and facilitate transfer of payments, it is critical that we take all measures possible to make absolutely sure that even minor software bugs are addressed,” Taylor said.

Ellis concluded, “Regardless of size, organizations that attempt a self-managed program quickly find the process overwhelming. Defining scope, identifying program security owners, establishing a vulnerability management program, and even determining time-to-fix agreements within that program — all of these require time and resources both in the setup, and on an ongoing basis as the program evolves. By choosing Bugcrowd to manage their bug bounty, Dash has taken the work out of running a bug bounty program, so all they see are results.”

Dash is the leading e-commerce and payments-focused digital currency, and the rising alternative to bitcoin. With over 1000% year over year growth in both value and trading volume since 2015, Dash has been consistently ranked in the top ten digital currencies by market capitalization and only one of the few offering safe, decentralized financial solutions to real world problems. Dash offers a form of money that is portable, inexpensive, divisible, and fast. It can be spent easily and instantly online at merchants across the globe, at much lower fees than credit and debit cards. With over 50 members on the development team and a unique blockchain mining and treasury model, Dash is the only major self-funded, self-governed organization in the cryptocurrency industry. This allows for constant development and funding for the entire project so community members can upload and vote on proposals, and if they are approved, they are paid for directly from the blockchain. Dash plans to unveil their landmark product Dash Evolution, the industry’s first easy to use decentralized payments platform by May 2018.

Bugcrowd delivers the ultimate in security assessment for the enterprise. The pioneer and innovator in crowdsourced security testing for the enterprise, Bugcrowd combines the power of more than 60,000 security researchers and its proprietary Crowdcontrol platform to surface critical software vulnerabilities, and level the cybersecurity playing field. Bugcrowd provides a range of public, private, and on-demand options that allow companies to commission a customized security testing program to fit their specific needs. Based in San Francisco, Bugcrowd is backed by Blackbird Ventures, Costanoa Ventures, Industry Ventures, Paladin Capital Group, Rally Ventures and Salesforce Ventures. Bugcrowd is a trademark of Bugcrowd, Inc. Learn more at www.bugcrowd.com.

Disclaimer Wachsman PR is the source of this content. Virtual currency is not legal tender, is not backed by the government, and accounts and value balances are not subject to consumer protections. This press release is for informational purposes only. The information does not constitute investment advice or an offer to invest. 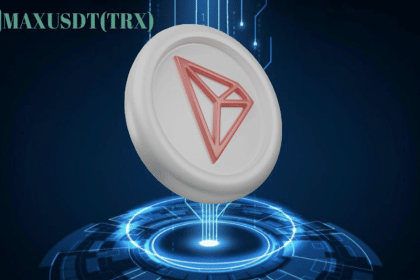 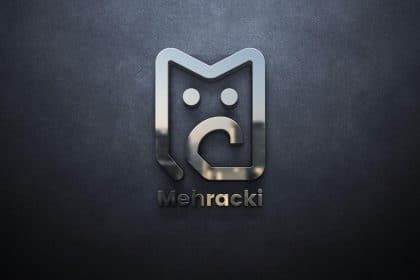