DeepBrain Chain, Constructing a New Infrastructure for Computing Power in the Metaverse Era?

Neal Stephenson’s novel “Snow Crash” in 1992 depicts an independently- existing virtual world that is parallel to the real world. In this fictional world, people can live as they were in reality. Coincidentally, Chinese scientist Qian Xuesen also imagined the world and named it the “spiritual realm.”

Nowadays, the “metaverse” has become the most popular topic.

At present, the metaverse an “advanced” sector at the forefront of technology. It profoundly integrates virtual reality, 5G, AI, cloud computing power, big data, blockchain, and other technologies, which together form a field with various disciplines and technologies intertwined.

Some people use Karl Marx’s theory in “Wage Labor and Capital” to analyze the metaverse: elements like 5G, AI, computing power as productivity; nature data, human data, IoT data, and digital raw data as means of production; with the blockchain playing a role as production relationship.

The productivity sector is the fundamental element for the healthy operation of the metaverse. In this sector, computing-based 5G, AI, and other factors need computing power as the primary resource support. Then, in the face of the complex ecosystem in the metaverse, who can satisfy its large computing power gap and provide in-depth empowerment?

Computing Power in the Metaverse Era

The metaverse is a new type of Internet application and social form that integrates network communication, extended reality, digital twin, blockchain, AI, and other new technologies. The ecology in the metaverse already has a complete series of economic logic, data, content, and IP. It is a real-time digital world that is constantly online, keeping refreshing, and allowing every user to produce and edit content, which means that the meta-universe is a car that keeps motoring “eternally.”

The “meta-universation” of the physical world means infinitely rich production factors, infinitely sufficient productivity, and highly improved social production efficiency of human collaboration, as well as a near-limit expansion of human online users capacity. With an almost unlimited supply of a sea of content, AI must serve as the primary automated content creation method. As AI is needed to run through the ecological operation of the metaverse, it will lead to an exponential increase in the consumption of computing power in the metaverse. Also, keeping online and content creating for large-scale users requires massive computing power as support, which means that metaverse has almost infinite computing power requirements.

With the further development of blockchain technology, the distributed collaboration system based on blockchain is expected to reshape the traditional centralized resource supply and distribution system, and fundamentally solve the problems of trust and efficiency. The distributed system based on the blockchain will change from the conventional single-point way to the multi-point distributed supply, where anyone can become the supplier and resource acquirer of the supply system, with no limits under geographical, national, and other factors.

Who Is the New Infrastructure in the Metaverse?

CPU is presently the main hardware foundation for mainstream centralized cloud computing service providers to produce computing power. Although both CPU and GPU can output computing power, CPU plays more role in complex logic calculations, and GPU can perform large-scale parallel calculations as a processor with hundreds or thousands of cores, which is more suitable for visual rendering and deep learning algorithms. The calculation method provided by GPU is relatively faster and cheaper than CPU, with only one-tenth of CPU’s computing power cost usually.

Currently, GPU computing power has deeply integrated itself into artificial intelligence, cloud games, autonomous driving, weather forecasting, cosmic observation, and other high-end scenarios which require a large amount of calculation. Especially with the concentrated eruption of such high-end industries, the market’s demand for GPU computing power will be much higher than CPU in the future.

On the other hand, Dfinity’s CPU computing power network aims at realizing blockchainization of popular network application requirements, such as decentralizing information websites and chat software, which is also necessary to build the Web 3.0 world.

From the perspective of building a metaverse, graphics card manufacturers represented by Nvidia believe that GPU determines the actual effect that meta-universe as a virtual world can bring to end consumers to a large extent. With the expansion of the user capacity of the metaverse and the increase of the large-scale users’ demand for keeping online and creating led by AI, the rigid demand for high-performance computing power will be endless. DeepBrain Chain is hopeful to further satisfy the computing power gap in the operation and development of the meta-universe world through a distributed high-performance GPU network, which will be the future opportunities for DeepBrain Chain.

How Will DeepBrain Chain Empower the Metaverse Era? 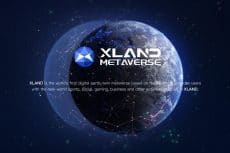