According to Dexbrowser, its V2 release is a holistic improvement over the first version, and affords users more insight and control.

Web3 data aggregator Dexbrowser has announced an update on its software, calling the new one Dexbrowser V2. Dexbrowser also posted a trail of statements on its official Twitter page which offered more insight into Dexbrowser V2. It read in part:

“The #Dexbrowser 2022 half-year roadmap and future plans are right here following the success of our V2 launch. It’s a whole new world of unexpected innovations spanning March to June 2022. Check it now.”

Based on Fantom and supported by SpookySwap, Dexbrowser V2 provides important data useful as references for traders. At the moment, available data are primarily from the Fantom public chain, with Spooky and Anyswap as the two main DEXs. However, subsequent development will gradually incorporate support for other public chains, including Solana, Terra, and Avalanche.

The new update is a follow-up to Dexbrowser V1. Released on December 13th last year, Dexbrowser is considered the data center of the decentralized finance (DeFi) space. The platform also confirms that its V2 release builds on the transfers, wallets, insights, and farming functions laid out by the first version. Generally, Dexbrowser V2 functions based on four core sections: Dashboard, Dex, Tokens, and Insight.

The Dashboard sits on the main V2 page and displays an array of real-time information for users. Some of these include a newly-incorporated rolling section of live prices, as well as real-time price data of some popular Fantom public chain assets.

The V2 homepage boasts additional features that let users save their favorite pairs using the ‘My favorite’ section. In addition, there is a user preference section where users can observe trading trends of popular assets in real time. Sections include ‘Trending Pairs’ and ‘Trending Tokens,’ both of which help traders to make informed decisions. 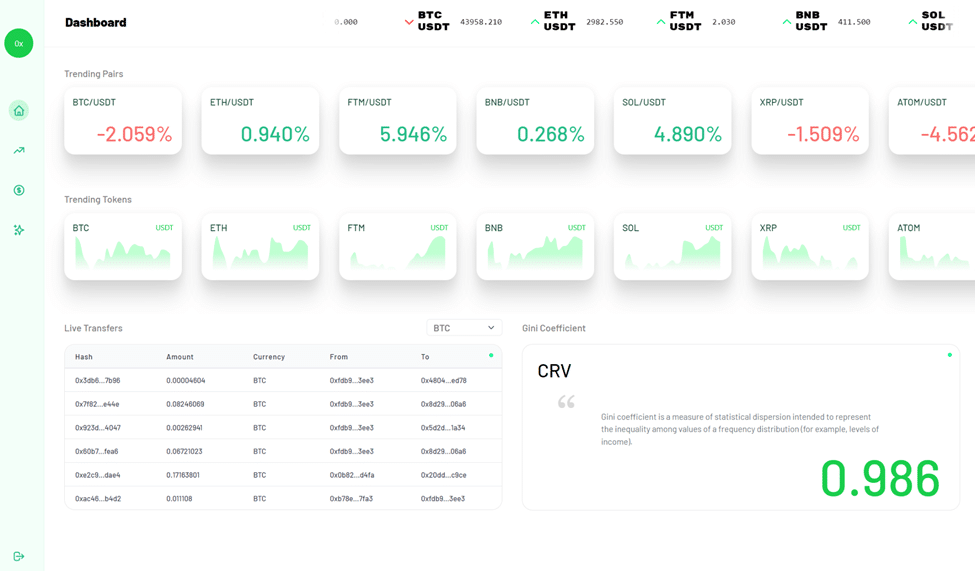 Popular DEX data is also trackable on Dexbrowser V2 via the Fantom public chain. The new version has a page on the general tab that shows the total value locked (TVL) for any selected DEX. The page also shows the percentage change(s) in TVL going back up to a week. Additional information featured on the tab includes potential risk, protocol type, and audit status.

Under the tokens section, users can analyze various types of asset data and avoid certain risks as a result. Dexbrowser also shows selected tokens and trajectories on a chart, and furnishes users with real-time trading information, such as trading frequency.

Dexbrowser V2 users can try the Insight feature for access to a broad overview of DEX data and tokens. Insight allows users to observe the historical curve of selected DEX pairs to view each one’s trading situation. Furthermore, under the ‘Token’ section, users can observe the ‘Holder Seniority Distribution,’ a feature that shows how long selected tokens have been held for, among other things.