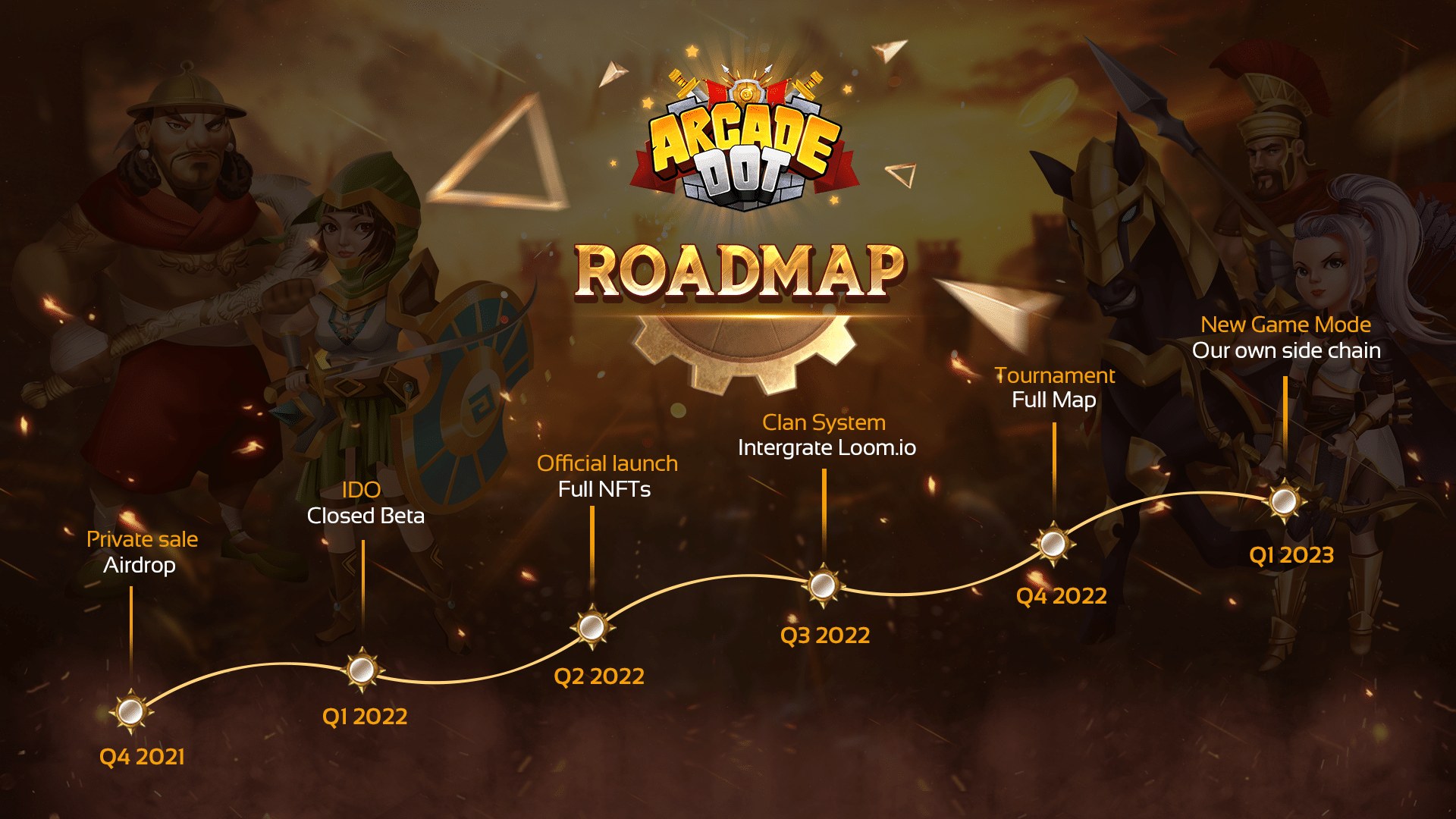 DotArcade, one of the most awaited NFT “Empire” games announces the launch of IDO on January 12, 2022 on Gamestation, and on January 15, 2022 on lauchpads: Koistarter, Onus, BSCstation. DotArcade is the first game mix between Arcade and Moba game genre.

While hundreds of other NFT games are following the “old” turn-base and click-to-earn path, the Real-time strategy game – Dot Arcade – is considered to be one of the most anticipated games in 2022.

According to the information on Dot Arcade, this is one of the first NFT games with a mixture of Arcade and Moba gameplays. Further, it also has the attractive real-time battle feature.

The dedicated Dot Arcade team has completed the alpha version of the game and the full NFT version will be released in the second quarter of 2022.

As most game experts have suggested, the greatest achievement of developers is to create something that is familiar for the players – not to make it too difficult for them to play. This is the key advantage of Dot Arcade, this empire-building and battles-fighting game has a gameplay that most users would find familiar. Dot Arcade reminds players of the fun they had playing “legendary” strategy games like Ages of Empires or Clash of Clans.

Dot Arcade is a project that has passed the initial review round and officially entered the community evaluation round of ONUS. This demonstrates the huge potential of Dot Arcade because ONUS is the most popular cryptocurrency investment platform in Vietnam. Other projects like Heroes TD have been extremely successful after being approved and invested in by the ONUS community.

Dot Arcade has three types of characters to participate in battles including Archers, Barbarians and Cavalries.

Archers are able to launch long-range attacks or defenses and are necessary to eliminate sentry towers. Archers have high defense stats but low strength stats and are vulnerable in hand-to-hand battles.

Barbarians require the least resources and shortest time to be trained. Barbarians are strong but have low mobility stats. Barbarians are essential for battles at the beginning of each game as it requires a certain number of troops to build a stable.

Cavalries require the most resources and time to be trained. However, the Cavalries are the strongest and the most mobile characters in a Dot Arcade’s battle. Cavalries are necessary for prolonged battles where both “empires” are in an advanced stage of development.

Dot Arcade has 4 different eras, users can join various Clans to strengthen their position as well as increase the chance to earn NFTs.