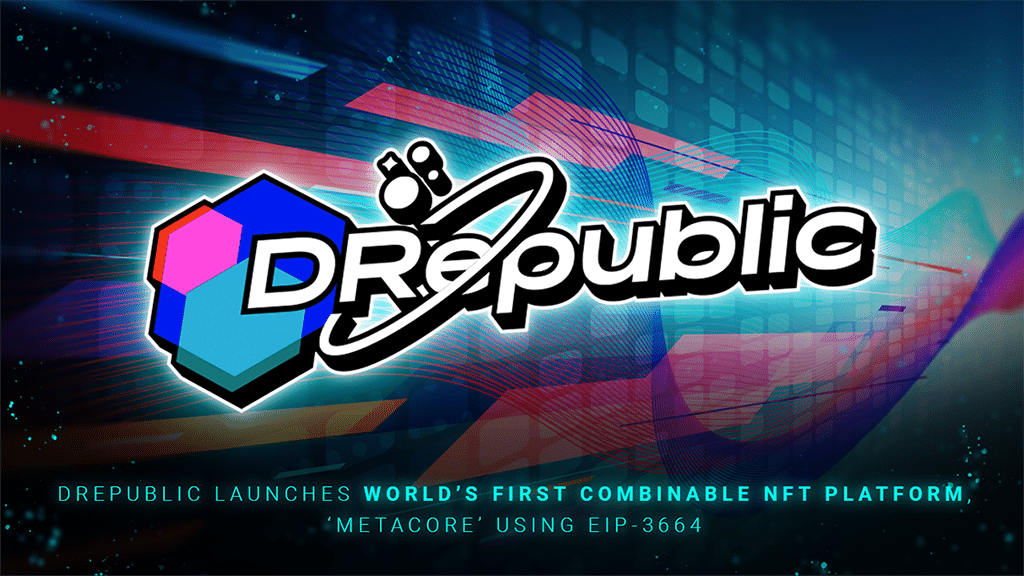 EIP-3664 is the next infrastructure layer for NFTs and on-chain development, bringing notable functionality improvements on the previous 1155 (multi-token) & 721 (non-fungible token) standards. The most relevant advancement EIP-3664 offers is its disaggregation and assemblage characteristics which enable the arbitrary combination of all NFTs. The most important features of EIP-3664 are its combinable, separable, and modifiable attributes which can be utilized for any kind of NFT operations through the blockchain.

Users can now use EIP-3664 to create an infinite number of different products without repeating work. This level of customization opens the door to the extendability of metaverse ecosystems and NFT assets for the first time ever.

The MetaCore platform is an identity system and Layer-2 ecosystem which allows all metaverse citizens to join alternate metaverses by using a unique MetaCore Identity. With the ability for citizens to be connected to multiple metaverses, the potential for creatives to become involved in cross-chain/open-source community collaboration is exponential.

Imagine a new breed of multi-element NFTs, unbound by the constraints of single static-image pieces, with almost unlimited levels of customization and disaggregation. The MetaCore Identity attribute is this gateway, and the next advancement of combinable modular NFTs, with arbitrary attributes addition and removal, freely combining and dividing each component.

MetaCore uses blockchain smart contracts allowing users to sign contracts with others to set their own specific terms & conditions, all traceable via the blockchain. The MataCore login ID also supersedes the outdated password login standard and has already been supported by Cradles: Origin Of Species, and Legoot.

NFT Loot boxes are a hot item right now but only offer NFT prizes with very limited functionality. MetaCore is already adapted to multiple metaverse blockchain games and Legoot, a loot-like project aiming to utilize the full power of EIP-3664 enabling loot props that are changeable.

Until now, NFT items have held a singular purpose and value, but the Legoot NFT assembly toy enables the free assembly and disassembling of its own parts that can be sold individually.

Think of Legoot as a true NFT LEGO that can be used by players to mount to MetaCore for NFT digital identity purposes, like disaggregating down NFT weaponry items into multiple pieces for individual sale.

Cradles: Origin Of Species is a prehistoric blockchain MMORPG game with the potential to disrupt the entire blockchain gaming world through the power and unique functionality of EIP-3664. These new game NFT attributes can be summarized in four categories

These unique new attributes are just a glimpse into the possibilities that EIP-3664 and MetaCore can provide in an NFT context. The flexibility of this versatile architecture provides limitless possibilities for expanding NFT features. For example, previously users could buy an NBA player card, but now they can own an entire team NFT with numerous individual players, all of which can be disassembled for individual sales and have varying functions and stats.

EIP-3664 smart contracts may be reused as building blocks to create an infinite number of new use cases for blockchain technology that go beyond the theoretical. MetaCore is now looking towards NFT game collaborations as its explosion into the Metaverse begins. All features now are available on Legoot, for users to make their first combinable NFT.

Disclaimer: DRepublic is the source of this content. This Press Release is for informational purposes only. The information does not constitute investment advice or an offer to invest.