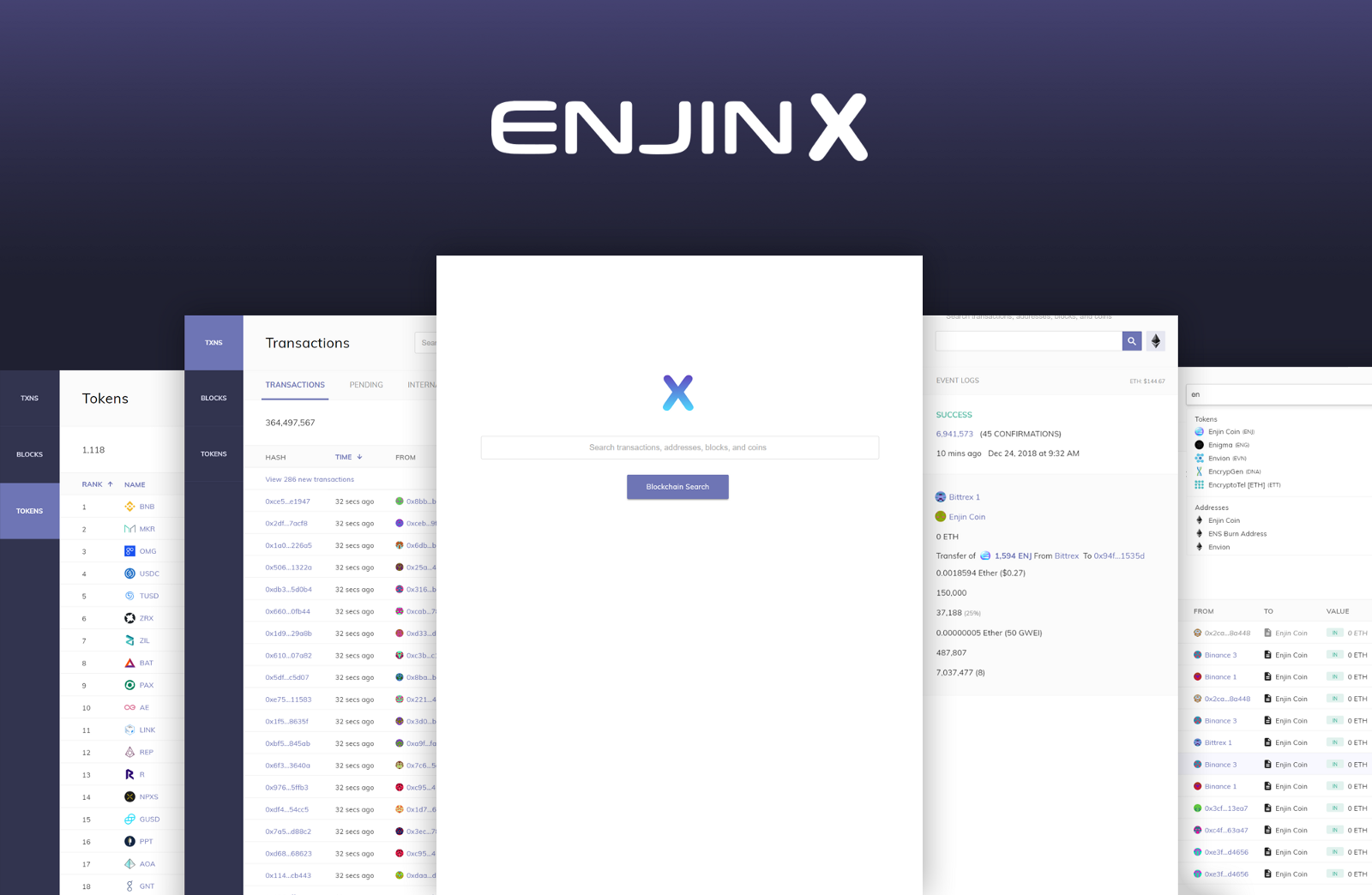 It’s been a spectacular three months for the ad-free blockchain explorer, which has already been adopted by five of the industry’s most trusted cryptocurrency exchange services:

Changelly, GDAC, and Kriptomat have also used the Enjin Platform to create blockchain assets that users can now browse via these same custom interfaces.

In the media, it has been heralded as the “Etherscan for mainstream audiences.”

Now, we’re taking this mainstream appeal to the next level.

As a gamer, the concept of a universal item catalog blows my mind. 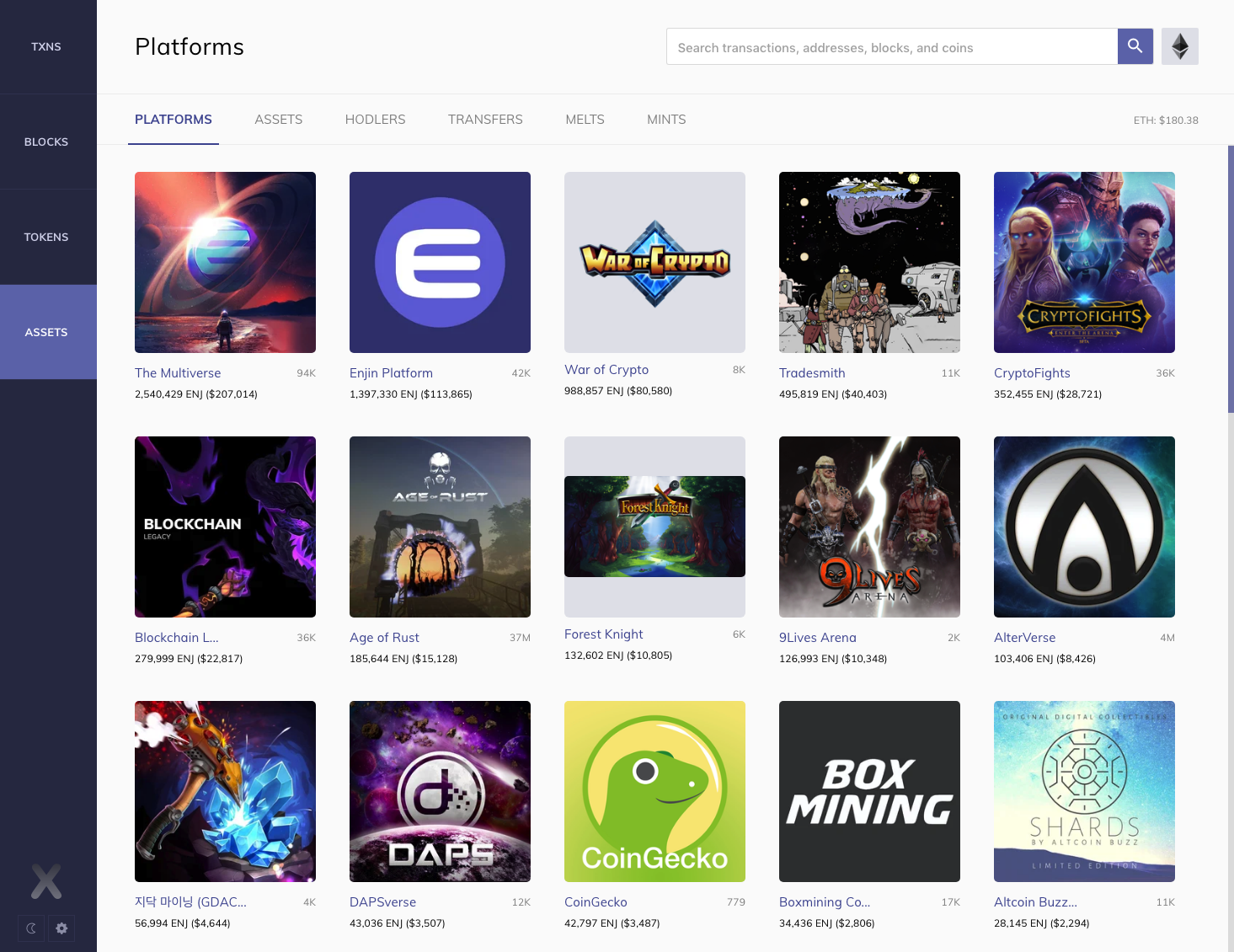 We now live in a world where we can browse gaming items and see when they were created, who made them, who owns them, what they do, and how to acquire them — all via an ultra-clean, user-friendly, responsive explorer. 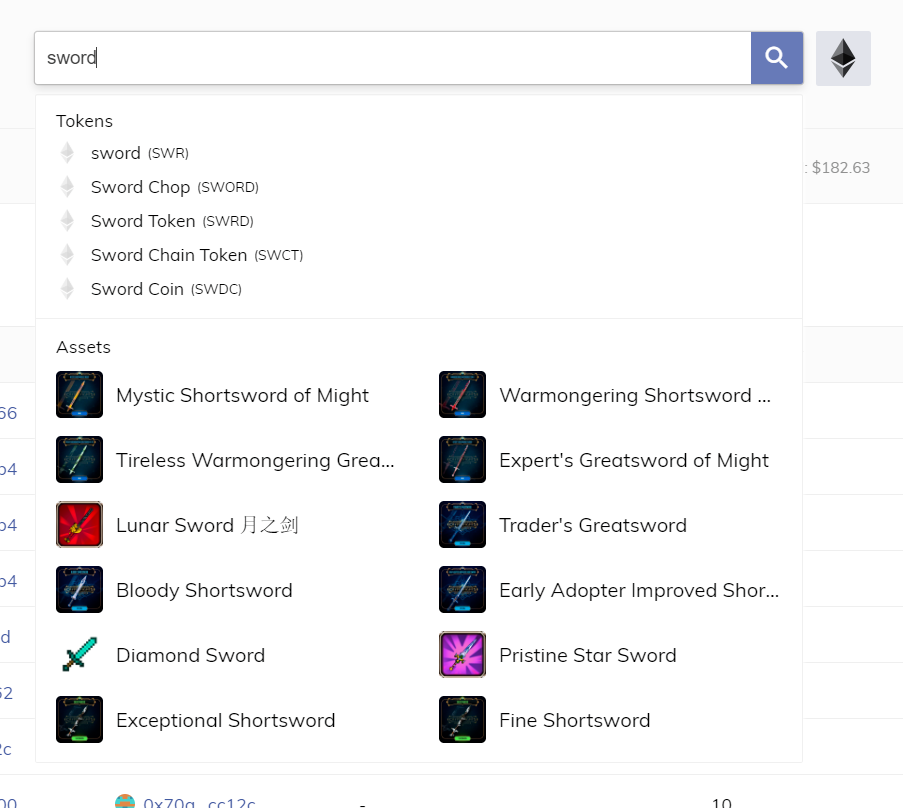 With the Enjin Wallet, we have already been able to store all of our otherworldly possessions in a vault-like mobile app.

Now with EnjinX, we can send our wallet addresses to friends to show off our gaming trophies, winnings, and digital possessions  —  and vice versa. 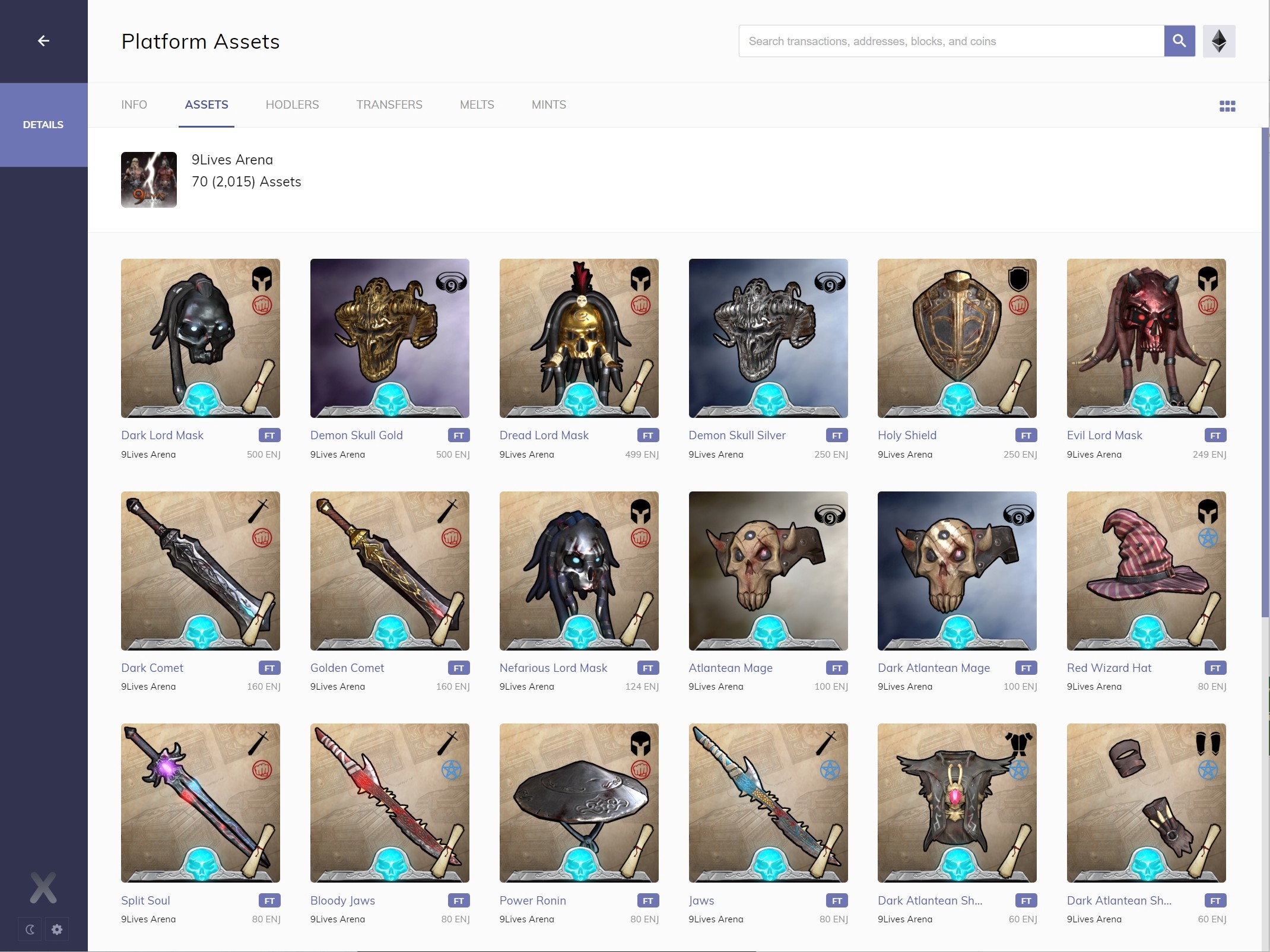 We can research an entire multiverse of blockchain assets and games, which developers can build on top of with our convenient, intuitive development platform.

Welcome to the new world of gaming transparency.

Immutable transparency has always been a key feature of the blockchain — but this is of no benefit to users unless the information is easy to access. 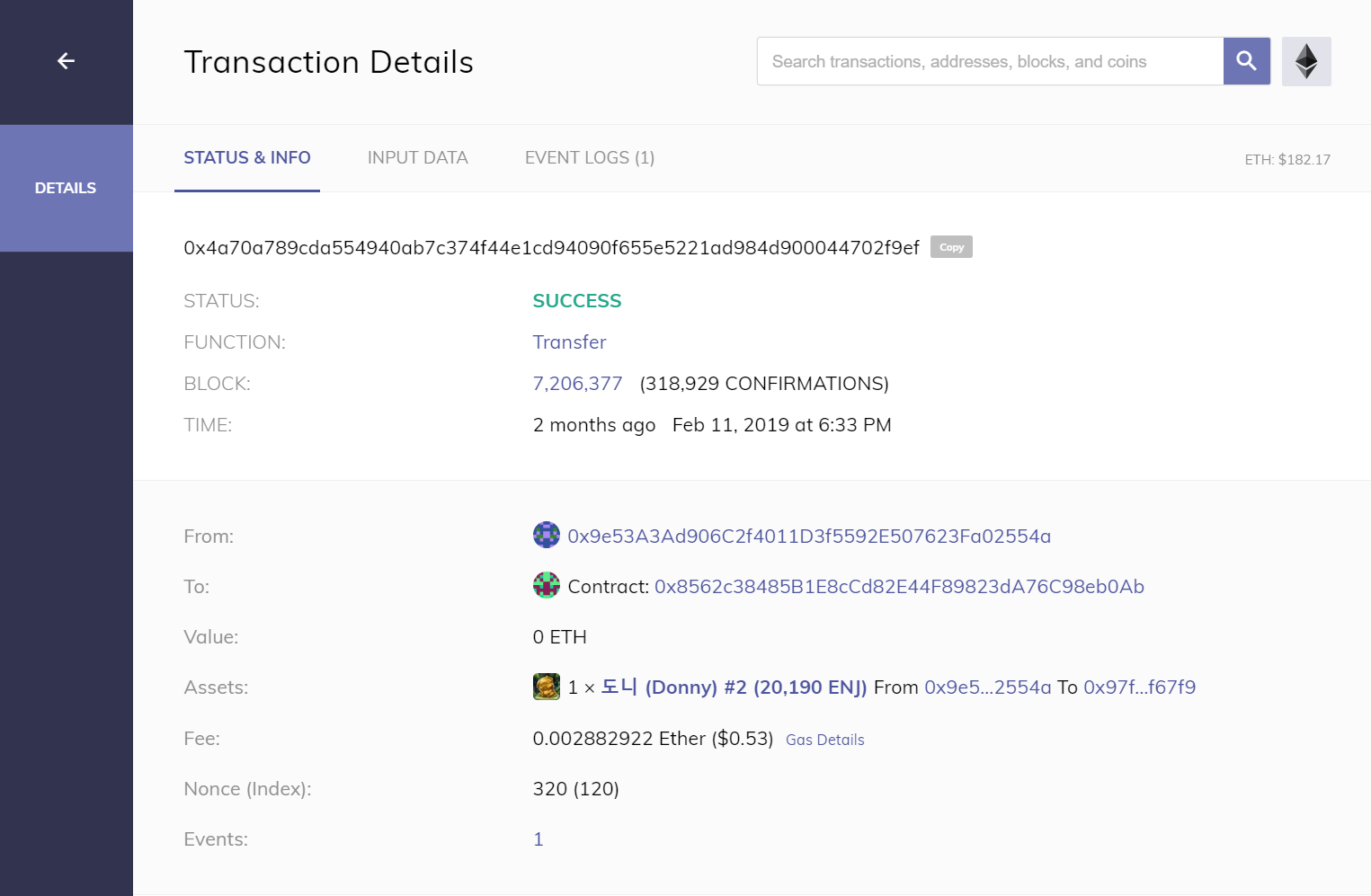 It’s all right there on EnjinX’s clean, crisp browsing interface. 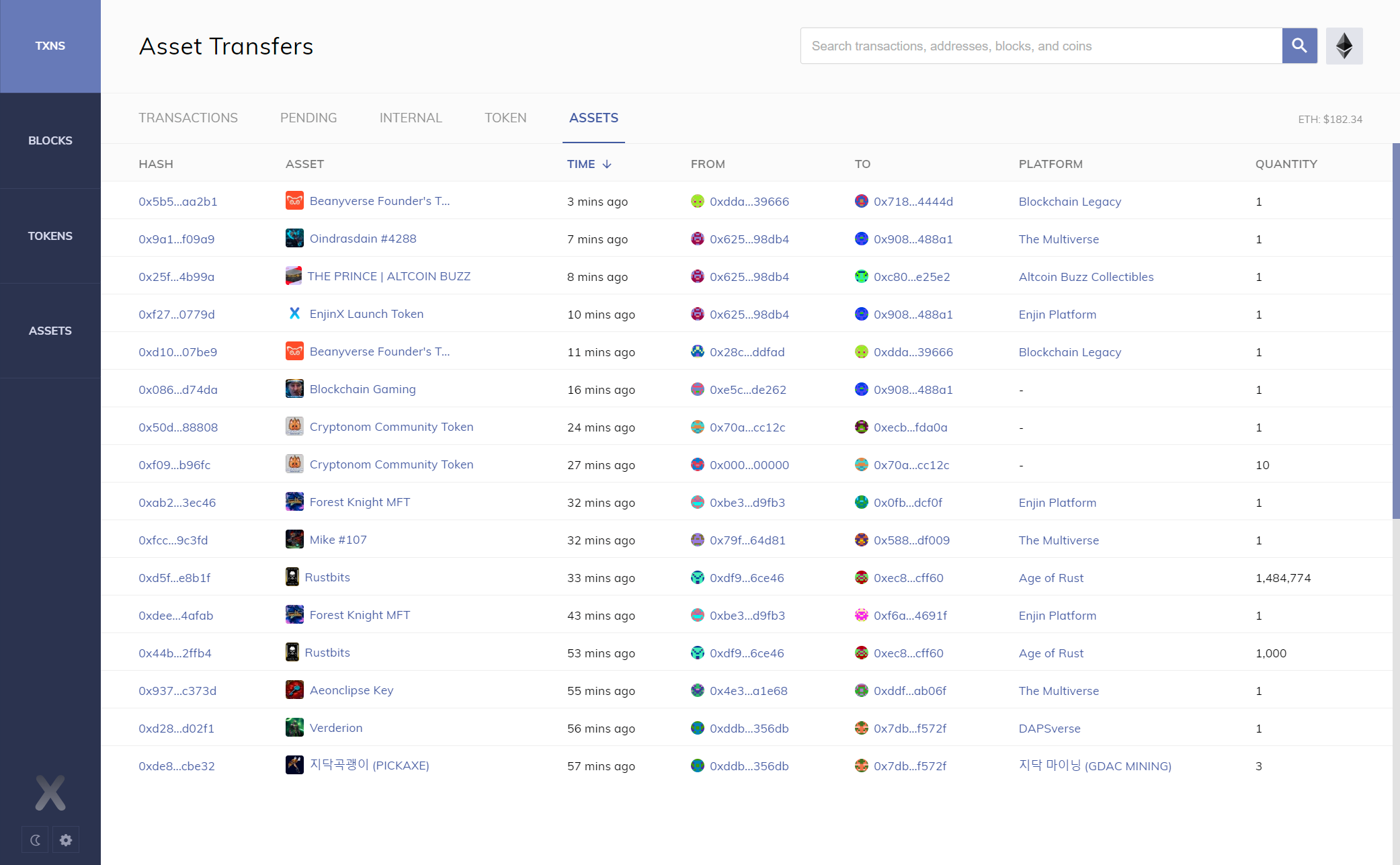 EnjinX blockchain asset support is live, so you can now search, browse, and verify next-generation ERC-1155 assets and transactions — a major advancement to the ecosystem needed for widespread adoption of this powerful class of Ethereum assets. 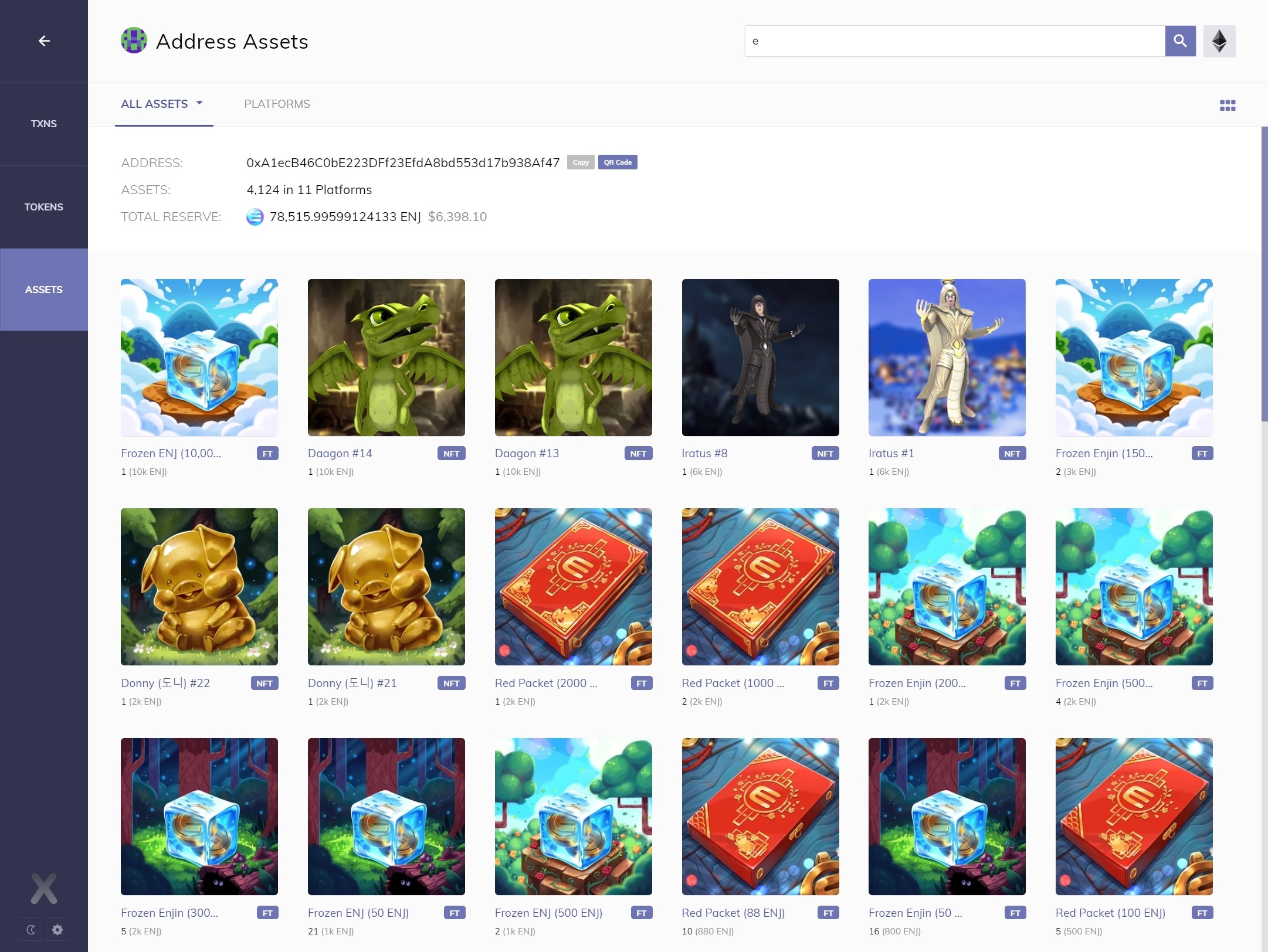 Now, it’s time to jump online and see what you can find.

Now that you have the ability to freely browse assets, apps, and discover a whole world of interesting facts and figures, I challenge you to do just that.

But I’m not going to tell you what information to look for… It will be much more fun if you check it out and see for yourself.

Complete the Typeform below by finding the answers on EnjinX. 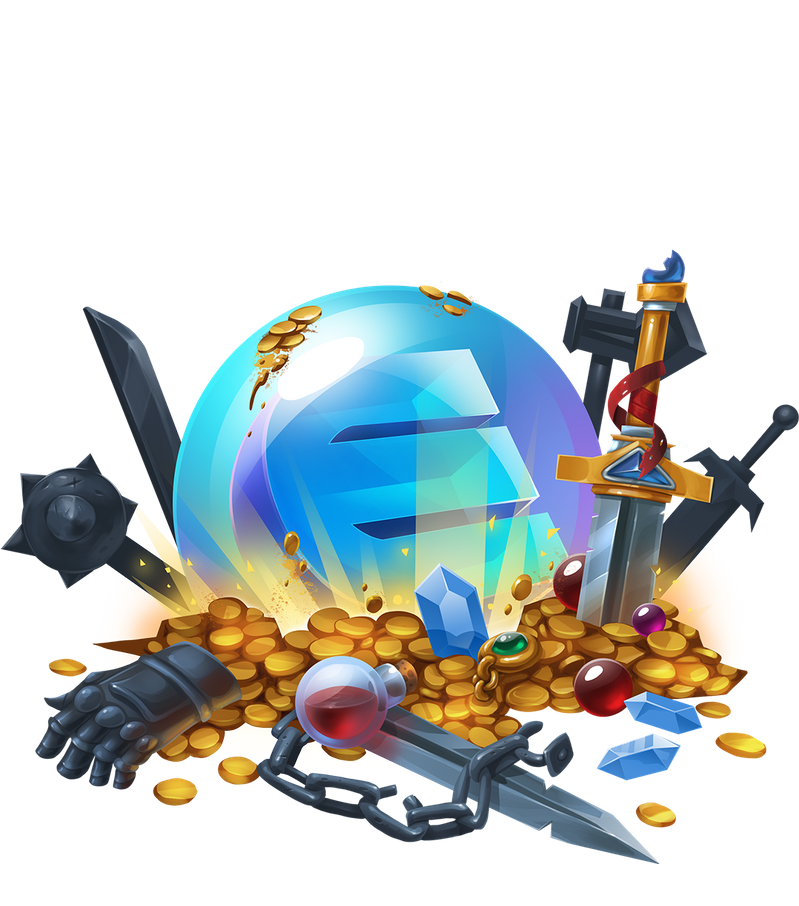 Now that you’ve had a browse through the ERC-1155 assets on EnjinX, you may be wondering, what are all these epic items within the enigmatic app title “The Multiverse,” and how do I get my hands on them?

Some of these more common assets are gaming items that will be playable within many of the games that have adopted the Enjin Platform.

Other assets within the Multiverse collection are extremely rare, are backed by an immense amount of Enjin Coin, and are some of the first ERC-1155 blockchain assets to ever be minted.

These unique items will be won through Multiverse quests that take players on a journey through multiple gaming worlds, much like the inter-game treasure hunt featured in the 2018 box office hit Ready Player One.

The ultimate prize of this epic Easter egg hunt is called “The Monolith.”

In Ready Player One, the citizens of our dystopian future have turned to VR to escape the desolate depression of everyday life (a fairly likely outcome based on the world’s current trajectory).

The ubiquitous game of choice is called OASIS, an interconnected network of games that players can move through seamlessly, taking their virtual possessions with them into every game they enter.

Primarily created by one man, the OASIS continues to run itself after the death of its creator, who left behind an epic Easter egg quest offering the ultimate prize to one lucky winner: a key that controls the OASIS itself.

This inherent centralization leads to a story arc we’ve seen over and over in fiction and reality, where powerful and evil forces seek to own, control, and use technology to engorge the forever-hungry machine of corporate greed.

Thanks to blockchain, when the Enjin Blockchain Gaming Multiverse evolves into a real-life, decentralized interpretation of the OASIS, this age-old story of individual entities controlling the masses simply won’t be possible.

Any game developer, content creator, or gamer can choose to mint and integrate assets into any platform they have access to, thus providing them an important role to play in the construction of the OASIS 2.0.

Centralization of power inherently leads to disenfranchising the masses, but decentralization equals transparency, sovereignty — and a chance for all to have a seat at the table.

This is a future we need to fight for. 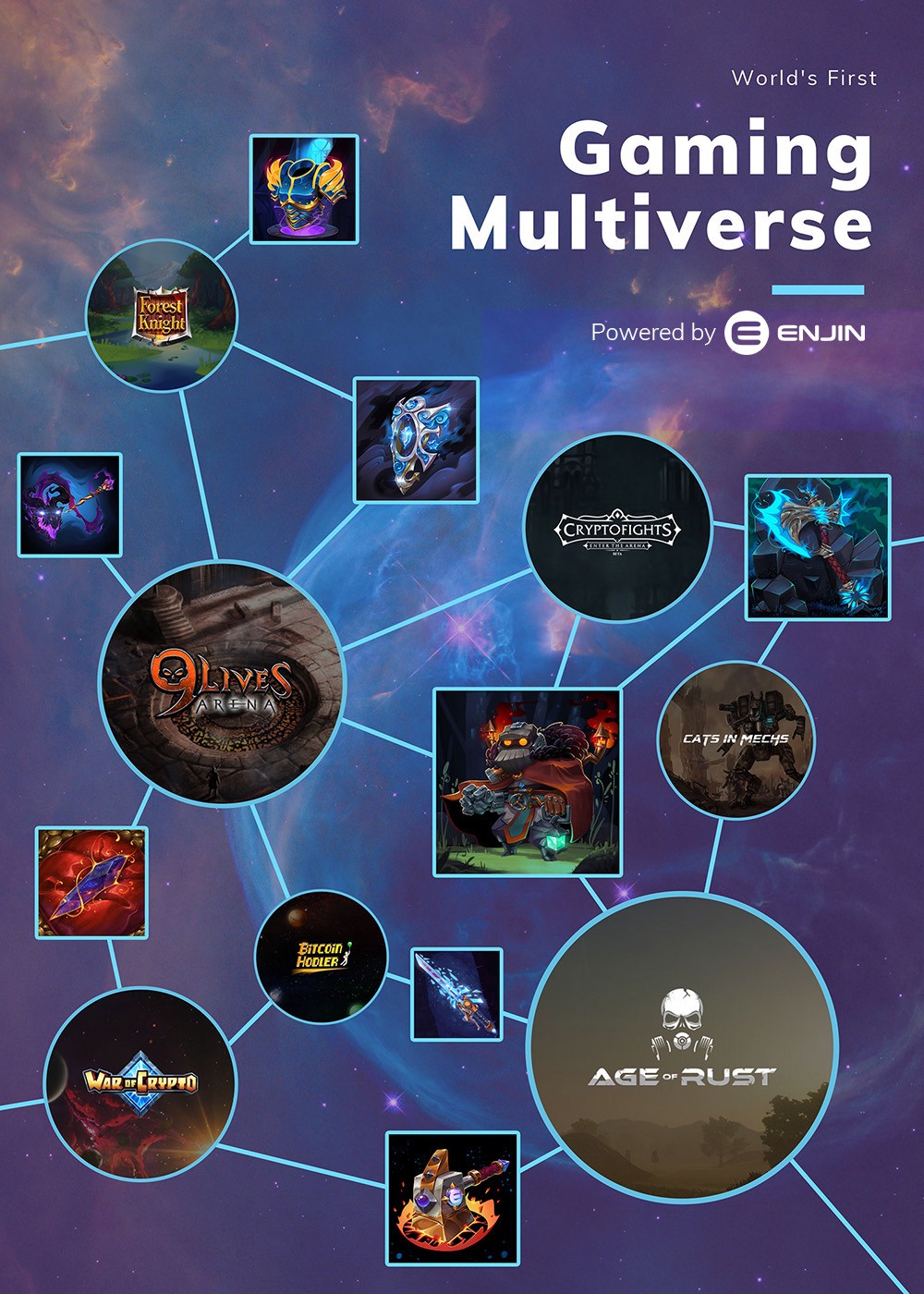 This provides players an experience in which they can move through multiple worlds while taking their inventory with them.

Any game developer can join a multiverse by integrating existing assets, extend an existing multiverse by adding new assets to it, or create their own multiverse by connecting their ecosystem of games with shared inventory.

Currently, more than 35 games, apps, and websites are connected via shared multiverse inventory.

With the Enjin Platform and Blockchain SDK for Unity, the process of creating, joining, and extending a multiverse (or multiverses!) is simple.

You don’t need to transform your entire game’s asset economy in order to provide this interconnected gaming experience to your players — you can start by simply integrating an item or two.