France-based startup Spinali Design has presented a first ever bikini that will help its owners to avoid sunburns. The new swimsuit features a small detachable UV sensor that tells when you are close to getting a burn. The user then chooses whether apply more sun cream or leave the beach.

The idea to create a connected bikini came to the designer of the project after seeing lots of people being sunburnt at beaches.

“The project came from an off-the-cuff remark after seeing people looking like lobsters still in the sun,” said Marie Spinali, head of Spinali Design in Mulhouse, France.

Spinali established her business last month in Mulhouse where she lives, and trades the bikinis via her website.

“There are flowerpots that give an alert when plants need watering, so I thought it was time to invent something to warn when the sun is too strong,” she commented.

This is how it works. At first, you must enter your skin type via an app on a mobile device and input how much tan you want to get. The senor then measures the air temperature and, based on your type of skin, calculates the period you’re allowed to be in from of the sun without getting burnt. The user is then informed when they need to take an action. 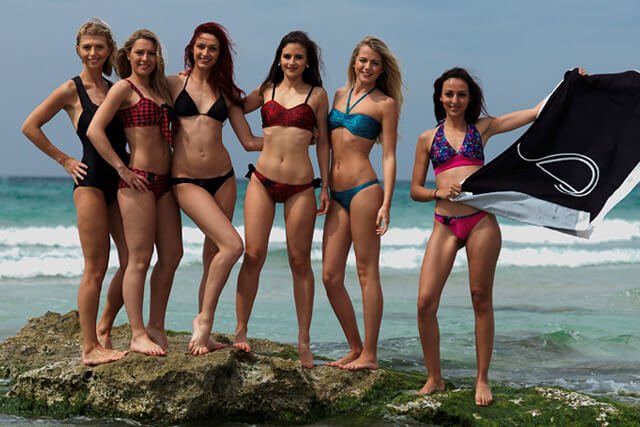 Sunbathers can input their skin type into Spinali Design’s smartphone app which then sends an alert when they have spent too much time in the sun. Photo: Spinali Design

The sensor is waterproof what means you don’t have to take it off while going for a swim. The app is also available in a special “Valentines” version that sends an alert to a partner. The smart bikini is not cheap and is currently sold at $167.

If you are a male or simply not wear bikinis, there is an option: a connected beach towel. It includes the same removable UV sensor and is also waterproof. The towel is priced at $111.

Spinali Design currently works on the development of the children’s version of the app that will alert parents if kids are gone too far from them. 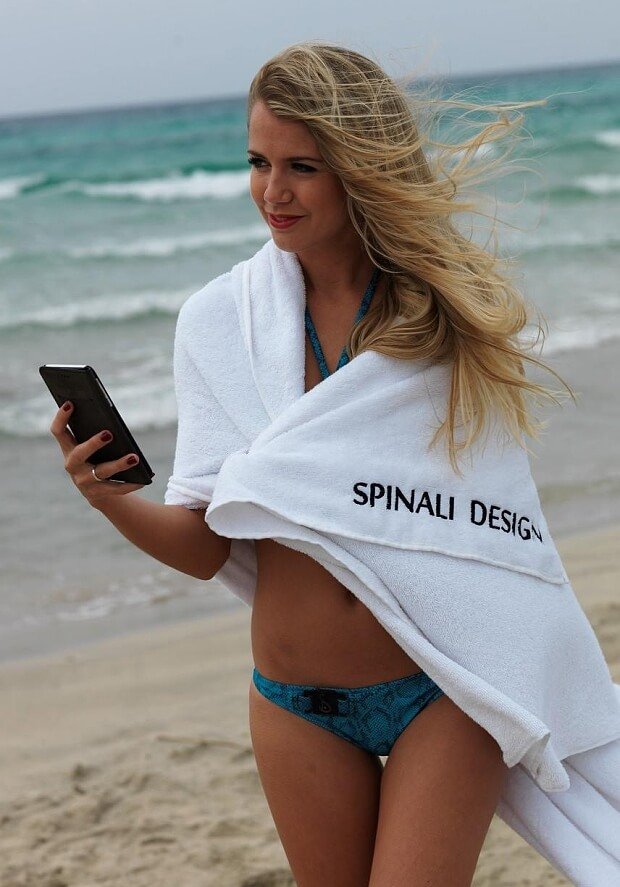 The bikini is fitted with a UV sensor that is connected to the user’s smartphone to let them know when they need to apply more sunscreen. Photo: Spinali Designa

Last year, a UK company released a wearable watch-like gadget Sunfriend that measures UV levels and warns the users about possible sunburn.The bikini or the towel can be acquired at the company’s online website, although it is available only in French.

On Friday, the president of France Francois Hollande announced the opening of a new design and manufacturing centre in Angers for the Internet of Things. The facility, entitled the City of Connected Objects, is expected to help companies produce and design smart devices.

The new hub is a part of the 200 million-euro “La French Tech” initiative launched by the government in 2013.

According to research company International Data Corporation, the market for the Internet of Things, a technology for connecting appliances, including fridges and watches, is anticipated to reach $1.7 trillion by 2020.