Apple Card: What Is It and How Does It Work?

Apple is going to bring big changes to the sphere of internet banking with its Apple Card. That’s why it’s high time to find out what this card represents itself, what is so peculiar about it and how it will be possible to use it.

Apple Card is the next big thing in the world of internet banking. When the announcement just came out, it sparkled a lot of enthusiasm from consumers, tech enthusiasts and Wall Street alike. Now, the much-awaited thing will finally come true – Apple Card is expected to be released at the end of August. 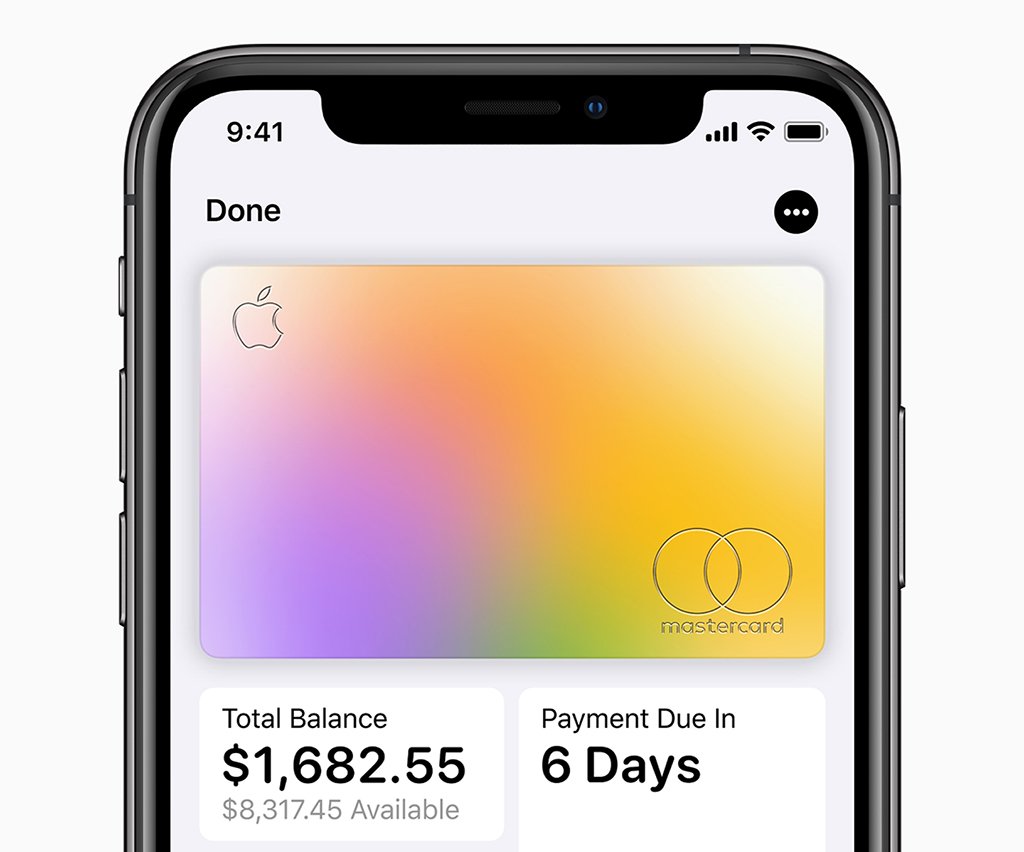 Apple Card is not a sole propriety of Apple – its mechanism is powered by Goldman Sachs and given its shape by Mastercard. Designed with a purpose of providing simplicity and clarity to everyday financial life, the card also takes one step further in its security approach while completely eliminating banking and transaction fees. Apple Card aims to help customers making better financial decisions with providing transparency and clarity, ease of use and convenience of tracking their personal finance.

While the card comprises a number of basic features, there is a number of ones making it distinctive. For example, the card allows to classify all purchases automatically while storing them in one app. Designed in a simple and visually appealing way, Apple Wallet will illustrate how much you spent, the exact location of your transaction (even with a pinpoint!), history of your spendings sorted in separate categories (e.g. shopping, food & drinks) and even helps to calculate interest on different payment amounts in real time. All of that is complemented by a wide range of special benefits offered by Mastercard, among which there are travel discounts, home rental promotions, “special events” and many more.

The physical card is designed by Apple and made of titanium what makes it stand out among plastic cards other banks are offering. It is also distinctive in a sense that it does not contain usual card attributes – long card number on the front, CVV security code, expiration date and signature are removed out of security considerations. Instead, users can look up the usual card details in Apple Wallet. The card itself contains only user’s name and the logo of Apple. 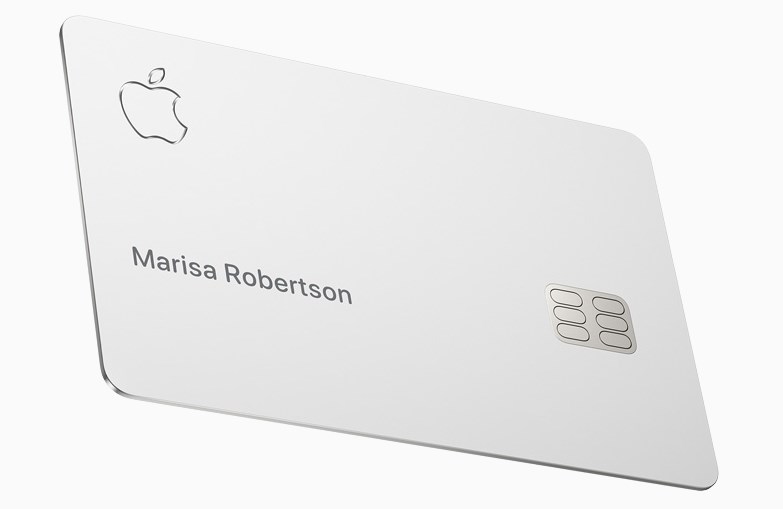 Regarding security, Apple undertook extra measures for the card’s protection. Apple Card’s unique number is generated on iPhone and is stored on a special security chip. Moreover, the card itself can only be activated and used after the verification process is passed, either Touch ID or Face ID. The user has to go through an authorization process during each transaction, what triggers an increased level of safety and protection. Although all operations are recorded, Apple claims that a special security architecture keeps company away from knowing where and when users concluded their transactions and how much they spent.

How to Pay With Apple Card 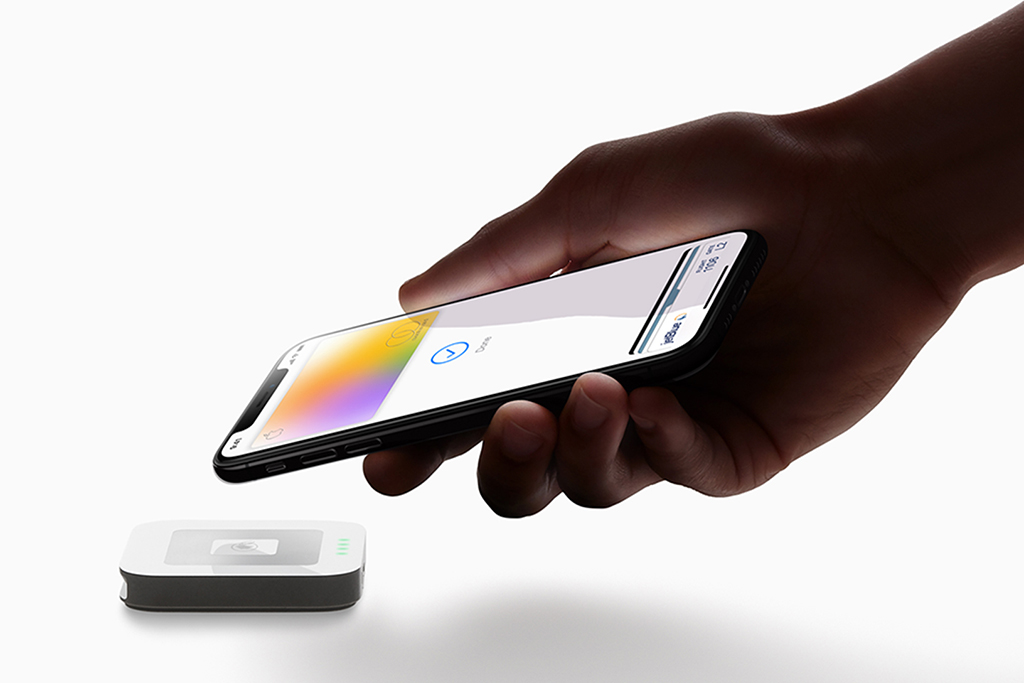 Apple Card provides a new level of privacy and security, and features all the advanced security technologies of Apple Pay. Photo: Apple Inc

Noteworthy to mention that in order to be able to use Apple Card, you have to be an Apple user. While Android users can still use the physical card, they cannot sign up to Apple Wallet or take an advantage of the majority of benefits including cash-back. And even though Apple did not state that it won’t support Android, its security setup and binding to Apple Wallet implies that you have to have a command of iPhone.

Next, Apple Card can only be used where Apple Pay is accepted, and that rounds up to 40 countries worldwide. The absolute majority – 99% of merchants – are accepting it in Australia, then followed by 85% in the UK and 70% in the United States. These numbers are only expected to grow in the future.

In order to acquire the card, the order has to be placed either in online or paper form. After it is approved or rejected (which takes just a few minutes), you will gain an immediate access to the credit line and will be able to use it with no further delay. However, to request and receive a physical card you will have to wait a few days more.

As to the payment process itself, with Apple Pay it will be highly similar to the one with other cards linked to iPhone Wallet. During the process, the transactions have to be authorized either through Face ID or Touch ID, after what the iPhone has to be held next to the contactless card reader. All of that makes the whole process impossible to be completed with no actual user – that’s what makes Apple Card extra secure. So, even while paying with physical card at the terminal, card number and CVV security code are removed and can only be found in the app. Worth to point out, however, that Apple Card does not support contactless payments. 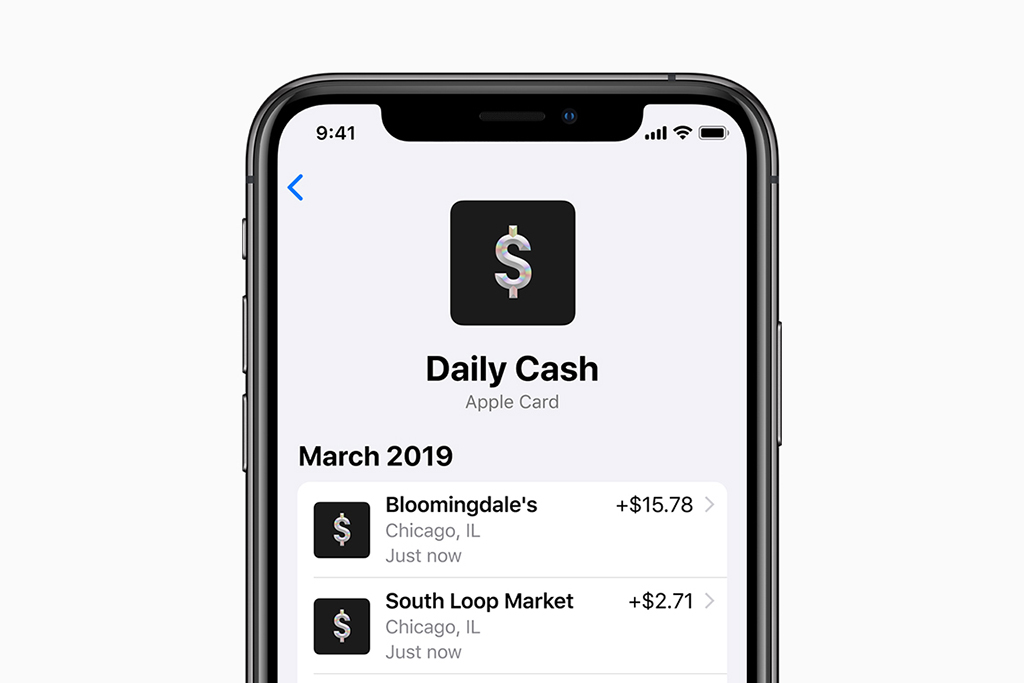 Apple Card offers a more compelling rewards program than other credit cards with Daily Cash, which gives back a percentage of every purchase as cash on customers’ Apple Cash card each day. Photo: Apple Inc

Apple Card has a promise of a number of benefits for the ones using either Apple Pay or physical card. First thing, the cashback on every purchase with the card amounts to 1%. Next, when paying through Apple Pay you receive 2% back, while all Apple purchases (including Apple store, App Store and other related services) give you a 3% cashback. This exceeds the average rates offered by other banking retailers.

Also, the good thing is that Apple proposes rewards to incentivize spending. Daily Cash is transferred to customer’s Apple Cash card (which is already incorporated into iPhone Wallet), whilst, by comparison, other retailers do the same thing only on a monthly basis. By the matter of choice, Apple Cash can be used straight away by using Apple Pay or rather directed on Apple Card balance from where it can be forwarded to any other bank account. The only thing you cannot do is receive the check by mail – that makes Apple Cash limited to use within Apple ecosystem.

As to the fees, the good news is that Apple Card does not charge a standard set such as transaction fees, late fees or annual fees. The only charge you may expect is the interest on credit card balance. As announced earlier in March, the charges will be based on prime rate and may vary from 13.24% to 24.24%, depending on your credit rating.

For the time being, Apple Card will only be available to users in the US. The first trial has been done on August 6, when the card was released to the limited number of users, and its full launch is set to the end of August. Nevertheless, Apple is already underway negotiating with European regulators, so there is a high chance European customers will not wait long to see the card.

Worthwhile mentioning that Apple Card support is available 24/7, so in case of any issues you will not have to wait long to get the help. The support is incorporated into Messages app, so once you send a text, a staff representative will get back to you quickly. Also, there is an option of a voice call from the Wallet app.

For the ones desiring to have a closer look into Apple Card operation and a more detailed description of its working principled, a customer agreement may be an insightful read. It is available on Goldman Sachs website and can be found here.

All in all, Apple provided an innovative solution and even made its footprint in consumer finance. While designing a stylish titanium card with a number of benefits worth paying attention on, it however still needs time to get broader playground for it. Apple Card may be an excellent option for loyal fans as it definitely provides the best cashback conditions for Apple purchases. However, for the rest of users it may still be worthwhile waiting while Apple Pay gets accepted in a bigger number of shopping locations.

DeFi 2.0 is simply a short description of the second generation of decentralized finance. This guide explores all that is concerne...

Angel investors are typically people with business experience who may have retired from other careers and want to help new entrepr...

Green investing is an emerging trend in the investment world. It seeks to support business practices that positively impact the na...