What Is Hedera Hashgraph (HBAR)?

Hedera is a decentralized public network that personalizes the digital world in ways that have never been explored before. It goes beyond blockchain for developers to produce fast, fair, and secure applications.

Hedera Hashgraph was invented by Dr. Leemon Baird and Chief Scientist Mande Harmon. This groundbreaking invention was developed by the founders through the experiences and expertise gained after working with the United States Air Force Academy, Swirlds, Trio Security and BlueWave Security.

Hedera uses Hashgraph, which is a better DLT (Distributed Ledger Technology) alternative compared to the traditional blockchain DLT and is suitable for mainstream and high scale use.

As we have covered in our article, this platform allows users to interact and transact online securely and efficiently, without involvement from third-party intermediaries, which could compromise sensitive information about the user.

How Hedera Hashgraph is Different from Blockchain? 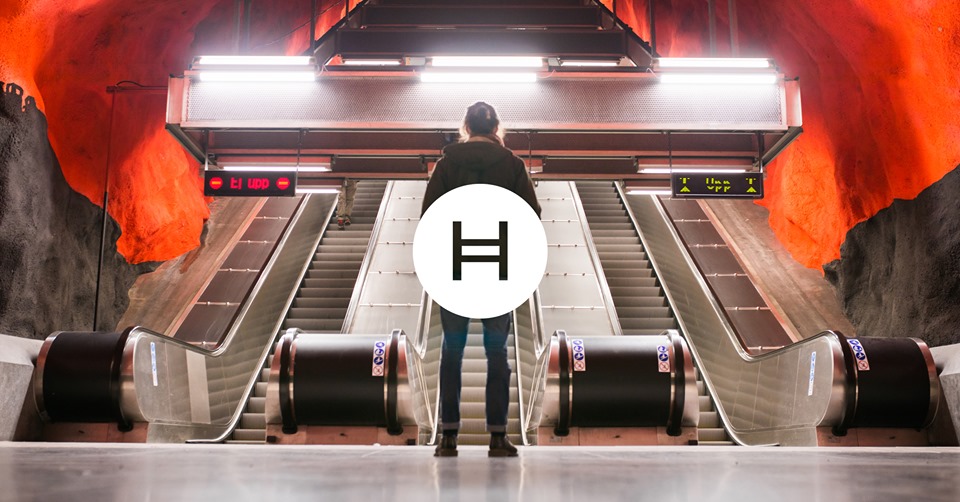 To further understand Hedera Hashgraph, we need to find out how this network surpasses blockchain.

First of all, speaking about the issues of blockchain, it’s impossible not to mention its incapability to handle the degree of scaling required by mainstream markets. Large scale systems should be capable to facilitate hundreds of thousands of transactions in a second, but as it stands, existing blockchains do not possess the infrastructure to carry such duties.

Hedera’s network, on the other hand, can facilitate 10,000 transactions per second using the most secure and efficient methods.

Unlike other blockchain consensus mechanism, Hashgraph is said to be Asynchronous Byzantine Fault Tolerant (ABTF), which makes it extremely secure from attacks like Sybil and DDoS. Hedera believes that the consensus mechanism of other DLTs falls short in providing such adequate security measures.

Furthermore, a lot of public blockchains have little or no technical controls to make decisions, which could give rise to problems if something were to go wrong with the system. Many people also believe that public DLT systems should be governed by highly regarded representatives from an array of sectors.

In Hedera, however, there is a governance structure responsible for reviewing changes of the platform codebase, electing board managers and power equilibrium in the system’s corporation. Hedera believes that strong security and effective governance is key to sustain a stable system.

Hedera Hashgraph aims to provide a stable, efficient and trustworthy platform for enterprise-grade applications, and not to serve as a cryptocurrency. However, just like every other public DLT, a cryptocurrency is necessary for the network to function.

What Is HBAR and How does It Work? 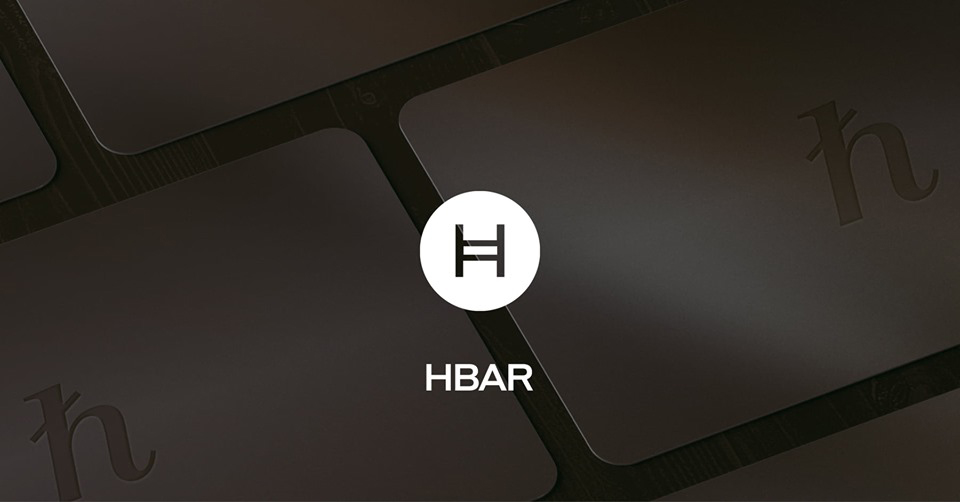 HBAR is the native cryptocurrency for the Hedera platform. It serves two functions in the network which include:

It’s also worth mentioning the advantages attached to making use of HBAR token. They are:

The Hedera treasury began the distribution of the HBAR tokens on the 18th of September, 2019. The first 379 million tokens are given to investors that participated in the three-round $124 million capital raise that happened in March through August 2018.

Additionally, $1.95 million tokens were allocated for being distributed among advisors, vendors and other involved parties. The remainder 50 billion HBAR tokens are to be released strategically over the next 15 years by the network’s Governing Council.

The 15-year token release schedule will ensure the protection of the Hedera proof-of-stake public network. The wide distribution of HBAR tokens, helps Hedera achieve its vision of “maximum decentralization at scale”.

The HBAR is set to be listed for trading on twelve cryptocurrency exchanges which include OKEx, AlgoZ, Bering Waters, xFeatures, Galaxy Digital, Liquid, BitOda, OKCoin, Upbit, GSR, Bittrex and OSL. It is also listed for trading through over-the-counter (OTC) desks.

End-users and developers can buy HBAR tokens from third-party platforms or companies, like exchanges and other transactional bodies that have decided to get integrated into the ecosystem.

As soon as a user has HBAR tokens, they can use the coin to pay for goods and services, as well as to pay application transaction fees. They can also proxy stake the token to a Hedera network node. Proxy staking (which is a feature yet to be released) will ensure the sustenance of the security and integrity of Hedera’s network operations while providing the proxy stakes with a small portion of the transaction fees.

What Is Hedera Governing Council? 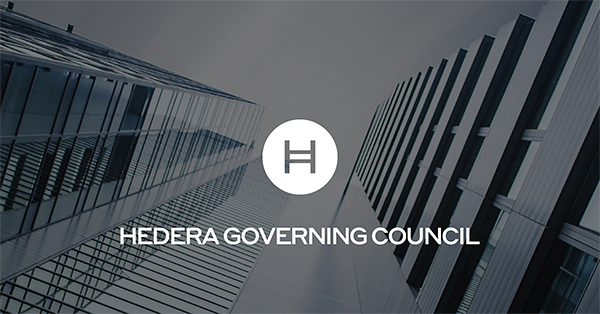 The Governing Council is structured in a manner to sustain a rotating council of about 39 enterprises handpicked from a range of industries and geographies. The purpose of this system is to maintain power equilibrium at all times.

The Governing Council has the following functionalities:

The Hedera network maintains decentralization by separating governance from consensus. It is designed in a manner that ensures that the Governing Council remains competent at all times.

Finally, the Council is tasked with the responsibility to: 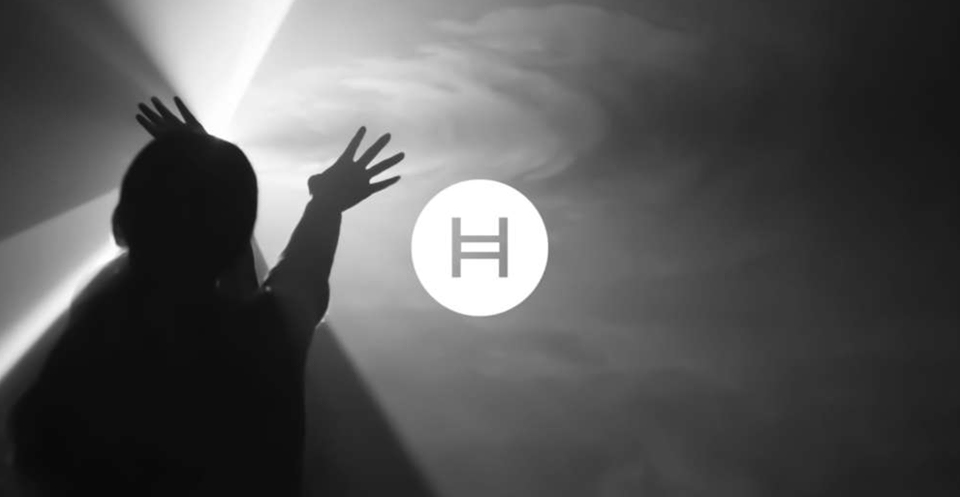 Bitcoin, the first generation of decentralized technology and Ethereum, the second generation, pioneered decentralized infrastructure and programmability. They were based on proof-of-work blockchain which consumes immense amounts of energy and carries out transactions slowly to achieve acceptable levels of security. The heavy consumption of bandwidth by these technologies meant expensive costs, which was too much for a simple cryptocurrency transaction.

However, the Hedera proof-of-stake public network which is backed by a Hashgraph algorithm, achieves the most exceptional grade of security possible (ABFT), with extremely fast transaction speeds and unbelievably low bandwidth consumption.

Hedera leads the way for the future of public decentralized ledger technology by merging outstanding throughputs and low fees.

Just like how broadband technology was a crucial element that led to the early adoption of the internet, there have been declarations that third-generation blockchain is indeed the broadband instant for cryptocurrency.

With innovations like Facebook’s Libra, there is no denying that the third-generation era is upon us. Libra is said to be a global currency, unlike other cryptocurrencies, and will have a stable nature. This quality of this cryptocurrency has caused financial authorities to see it as a threat and has caused them to oppose the progress of this tech. However, the crypto world is still waiting for Libra to be launched. 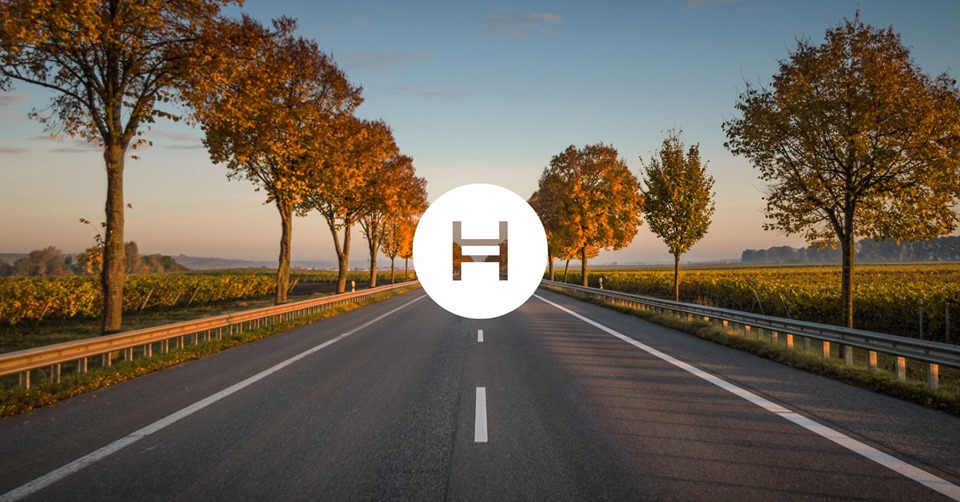 Though Hedera Hashgraph is only starting its way, its power is already very palpable. There is no denying that this ledger system has all chances to become the future of decentralized ledger technology.

If you're unfamiliar with the term FUD, it's an acronym for "Fear, Uncertainty, and Doubt". It is a strategy to influence the perc...

There are a lot of crypto exchanges in the industry. However, some of them feature certain unique use cases which have triggered m...

In short, an API is a connection between two or more pieces of software. It allows different applications to talk to each other an...