KaiECO – The Gamified Token with a Metaverse Experience

Kai Ecosystem (KaiECO) is the first-ever Gamified token project that combines Defi and crypto P2E gaming to reward users for playing games in the Metaverse. The launch is coming up very soon, so make sure to hop in early by joining their pre-sale.

KaiECO is the first gamified token in the Metaverse with a unique combination of prize pools and deflationary mechanics to incentivize users to participate in its economy.

It features a series of play-to-earn games along with gamified staking,  NFTs integration, and yield farming. Think of Kai Ecosystem as a unique, fun-filled platform where users play games, trade NFTs, interact with other gamers, and earn crypto.

KAIECO is a deflationary token, meaning the circulating supply will slowly decrease, pushing the token’s value higher. This is enabled by a buy-back and burn system that allows the team to purchase $KAICO tokens on the open market and burn. The goal is to drive the price and reduce the circulating supply, allowing $KAIECO holders to make substantial gains.

Another key feature of the KAIECO project is the Dog House Token ($KAIDHT). Holders earn $KAIDHT tokens for playing games and winning tournaments within the Kai ecosystem. Holders can also stake $KAIDHT tokens inside various staking pools to multiply their rewards.

KaiECO also offers a yield farming feature through its Dog Farm, where users can stake their NFTs for a period of time to claim rewards, with some characters earning up to 130% APR.

Kai Legends is a battle game that can be played through Android, Web, and iOS to win prizes. It is a fun-to-play game where players will do anything to win and try to become one of the most respected champions in the KaiECO metaverse. Play Kai Legends and battle for crypto with other gamers spread across the world. Imagine earning token rewards just by playing a dog-themed battle game, then using them to earn BUSD.

You’ll be able to select a character like Maude or Kaori or a host of other familiar characters and progress through the levels while racking up points, collecting power-ups, and gaining experience. Furthermore, winning tournaments will give your character lots of in-game bonuses that increases its value. You can then choose to sell that character to another player or stake it to increase your earnings.

In addition, users can breed crypto puppies and get them ready for the battle. You can make your puppies stronger by feeding them Kai Foods and Kai Vitamins, which can be purchased through the NFT marketplace.

The KAIECO team will hold a pre-sale for their native token $KAIECO on [date TBA]. Upcoming features include a marketplace release, community events, and a mobile release of the Kai Legends game. Head over to the KaiECO website and fill out the form necessary to hop on the exclusive whitelist. 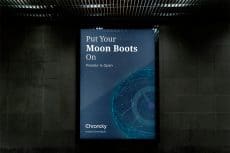 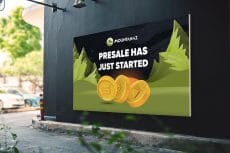 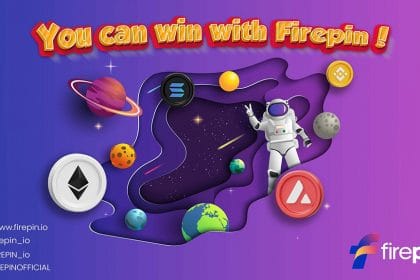 How Will the Metaverse Re...