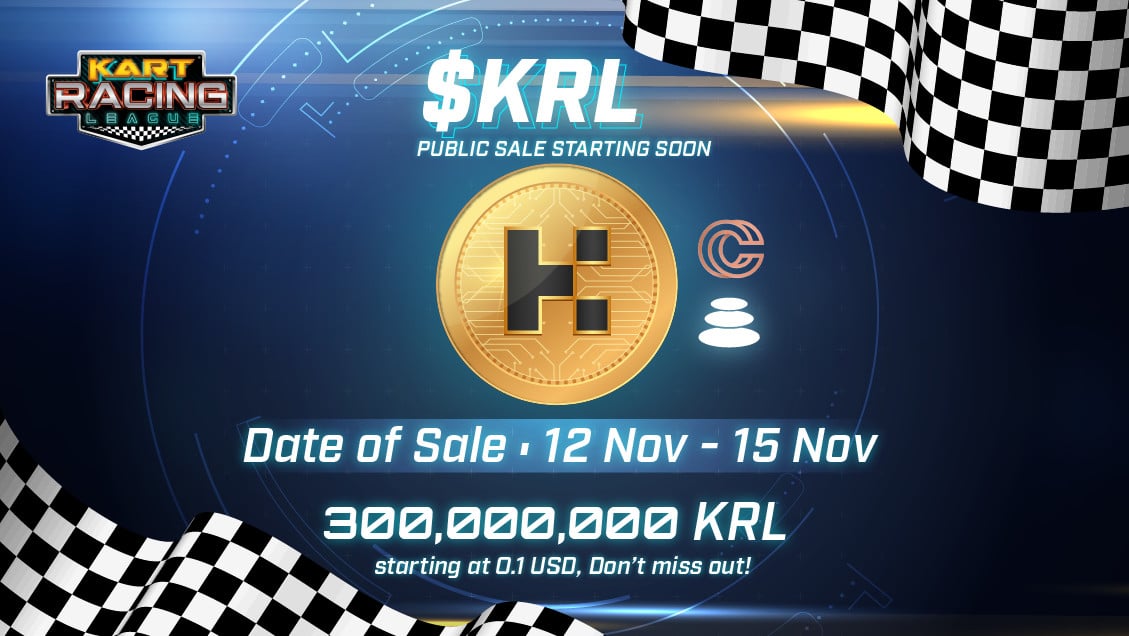 Kart Racing League will be amongst the first 3D NFT-based games to market this year, combining the play-to-earn and evolution features of Axie Infinity, with the addictive game-play of titles such as Rocket League.

$KRL, the governance token behind Kart Racing League, will be available to purchase at CopperLaunch’s auction which will run from November 12th to November 15th.

“We are thrilled to announce our public sale will start on Friday, November 12th. Bringing a project of this size to market is breaking a lot of ground in the NFT-gaming space and it’s going to turn a lot of heads. Giving our community the chance to directly buy into the project, and to shape their own universe, is the future of gaming.”

Blue Monster Games is focusing its efforts on the emerging play-to-earn NFT game industry, a segment that is expected to see tremendous growth.

“The growth of play-to-earn and NFT-driven games like Kart Racing League is something that won’t be ignored for long. Mega-game studios are still trying to get their heads around this space, whereas $KRL governance token holders have a ticket to be first in line. I’m not only excited for us as a company, but I’m also excited to see our community directly benefit as a result.”

Kart Racing League will launch on November 19th, 2021. The $KRL governance token will go on sale on Nov ember 12th and can be purchased directly on our CopperLaunch page.

Blue Monster Games Inc is a Florida-based corporation dedicated to the development of video games utilizing NFT technology. These gaming projects are based on a play-to-earn model, meaning that players have the opportunity to earn money in-game.

Blue Monster is the maker of Kart Racing League, which features 3D NFT characters that can be used to play a Sonic-inspired kart racing game, earning rewards for every race they win. The team is also working on several different projects that will be announced over the coming months.

Kart Racing League is a Sonic-inspired universe where anyone can earn tokens through skilled gameplay and contributions to the ecosystem. Players can race one another in an online multiplayer format, collect, trade, and evolve, their playable NFT characters.

The key difference between KRL and a traditional kart racing game is that Blockchain economic design is used to reward our players for their contributions to the ecosystem. This new model of gaming has been dubbed “play to earn.”