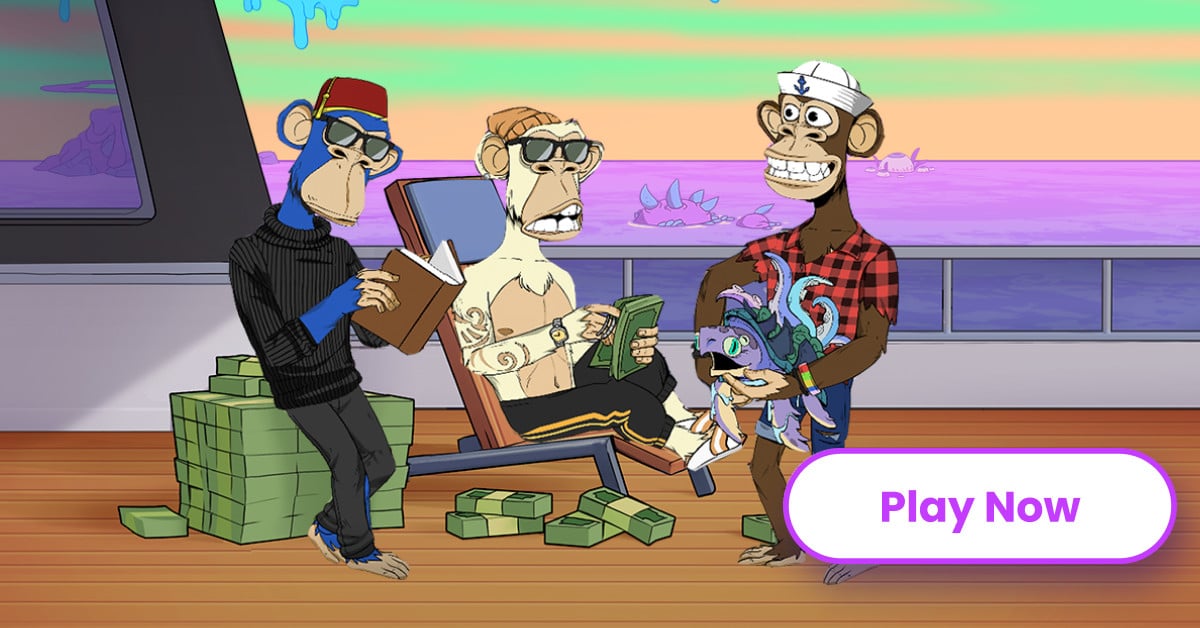 Following the Storyverse’s February 3rd announcement, Bored Apes Yacht Club community members Eric Golden, Zeneca, and TropoFarmer contributed their apes to Ape Stories to make the Apes the first collection to “Enter the Storyverse.” It’s the first time these owners saw their apes move and interact with others.

“I like how the Storyverse lets owners add utility to their PFPs. I can use the platform to leverage my assets in some really interesting ways, whether it’s making my own entertaining stories, or licensing a particular PFP to other creators who feel inspired by it”.

“Storyverse is focused on unlocking people’s desire to create. And in web3 that means they can create around assets they actually own. Simple tools allow anyone to make fun interactive stories with the characters they love. We’re so excited that communities like the Apes are diving in to create stories.”

The Storyverse is a blockchain project from Playco that is focused on no-code game publishing tools for PFP communities. It empowers PFP owners to create and publish personalized interactive storytelling games about their own PFPs and then post links to them anywhere on the web. The UGC tools put PFP character development and lore in the hands of the community and give birth to a new generation of interactive community-created games – known as stories – for people to play. Playco is the world’s first instant gaming company. It enables near-console quality games that can be instantly played on any smartphone or PC, and delivered more quickly, at lower cost, to more users – with instant updates to content and game-play features. The company’s mission is to bring the world closer together through play. Playco recently completed a $100 million Series A fundraise that was co-led by Josh Buckley and Sequoia Capital Global Equities and included Walter Kortschak and some of Silicon Valley’s most successful investors, including early investors in Chainlink, Blockstream, Alchemy, StrongBlock and Wax.