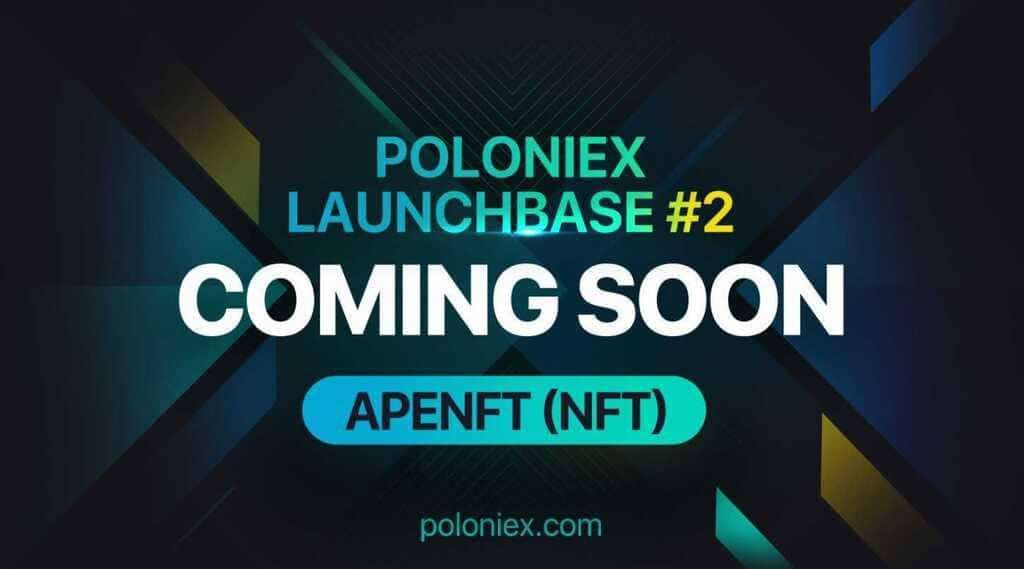 Poloniex LaunchBase, the exclusive token launch platform of Poloniex which helps transformative blockchain startups raise funding to develop their products and drive user adoption, has announced the relaunch of their platform. $NFT, the native token of the innovative new project APENFT, has been selected to be the first project listed for the upcoming relaunch on May 21st.

JUST (JST) was the flagship launch on the Poloniex LaunchBase, the token sold out in under five minutes before climbing to 20x its listing price and being added to leading exchanges Binance, Huobi, and OKEx. As of today, its IEO return is at about 3525%! The LaunchBases’s upcoming project APENFT has garnered the attention of industry practitioners and opinion leaders who are bullish about the future of $NFT. APENFT was also chose as the first project for the relaunch of the new and improved Houbi Prime.

APENFT has also caught the attention of Justin Sun, one of the most influential figures in the crypto world has expressed great admiration towards the idea and team behind APENFT, so much so that he donated artworks he purchased at almost $30 Million to APENFT as a gesture of his great support and continued confidence.

APENFT was born with the mission and purpose to register world-class artworks as non-fungible tokens (NFTs) on the blockchain. With the 80-20 rule, or the Pareto Principle, in mind, its aim is to establish itself as the ARK Star Fund in the NFT world, building a bridge between renowned artists and the blockchain while nurturing the growth of native crypto artists in the NFT space. The team behind the APENFT project is composed of experienced thought leaders from the blockchain, finance and art communities. It will be headed by Steve Liu, he has an extensive financial management background, working in Fidelity, Nomura and other top investment banks and institutions. Many of the core advisors of the project are from the traditional art world such as Christie’s and Sotheby’s and other well respected institutions.

$NFT, the digital asset of APENFT, is a TRC721-based token with a total supply of 999,990,000,000,000. With so much exciting interest surrounding the project it would be a shame to miss out on the opportunity to get involved early. If you had purcahsed 100 USDT worth of DOGE when Musk rooted for it on his New Year tweet your balance would now be around $15,300 today. SHIB, a new currency that just came out this year, has skyrocketed by 27246636.2% within just a few months. Even if you only learned about its value in hindsight and bought it on the first day after SHIB was listed on the first centralized exchange–Poloniex, as long as you keep your holdings, you will earn up to 37.88 times your investment.

The explosive growth of $SHIB, $DOGE and others goes to prove that we are still in the midst of a bull run when new projects are being welcomed warmly into the market. So stop stalling and remember the “key to wealth” in the crypto economy is the ability to take decisive action before the mainstream.

APENFT was born with the mission to register world-class artworks as NFTs on blockchain. We aim to build a bridge between top-notch artists and blockchain, and to support the growth of native crypto NFT artists. Like how blockchain democratizes finance like never before, APENFT, by turning top artists and art pieces into NFTs, not only upgrades the way artworks are hosted, but also transforms them from being elite-exclusive items to something that truly belongs to the people and mirrors their aspirations. APENFT is the art for everyone.

Choise.com and the All-in...