Ravendex, a fast-growing project built on the Cardano ecosystem has announced the listing announcement of the project’s utility $RAVE token on Bitrue crypto exchange on 21st March.

Consequently, the announcement saw RAVE token price surging as users are looking to hold some Rave tokens before it lists on the new exchange which would further increase its reach and adoption.

Rave token surged by about 20% as at the time of writing this release.

Rave token is already tradable on Centralized exchanges like Bitmart and also on decentralized protocols like Sundaeswap and Minswap.

Ravendex according to its roadmap intends to launch their fully feature Cardano DEX before the end of Q3 2022.

As one of the very first projects created on the Cardano blockchain, Ravendex is on a mission to utilize the Alonzo Hard Fork update on the Cardano Ecosystem to create and build innovative and interactive Apps that would further increase the Cardano ecosystem adoption and also give further utility to Rave token which will increase the demand and subsequently the price.

Some of the features outlined in the Ravendex roadmap include: Rave Token Staking, NFT Staking and LP Tokens Yield Farming where there are different reward rates that would be determined by the amount of Rave assets holding.

Staking the NFTs are one of the highlighting features of this NFT project. Holders can stake $RAVE NFTs to earn rewards and the rewards can be compounded when the user has Given Liquidity to the Rave/ADA pool on Sundaeswap.

ISPO is a novel way of rewarding users in a project’s token when they stake to the project pool.

RAVEP, Ravendex’s ISPO pool already has more than 9 million in ADA have been staked in the pool and over 4 Million worth of Rave waiting to be claimed by the delegators. 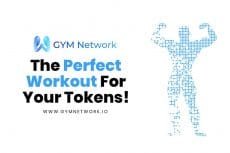 Gym Network Gears Up for ... 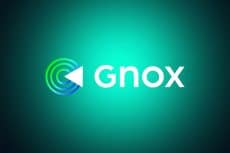