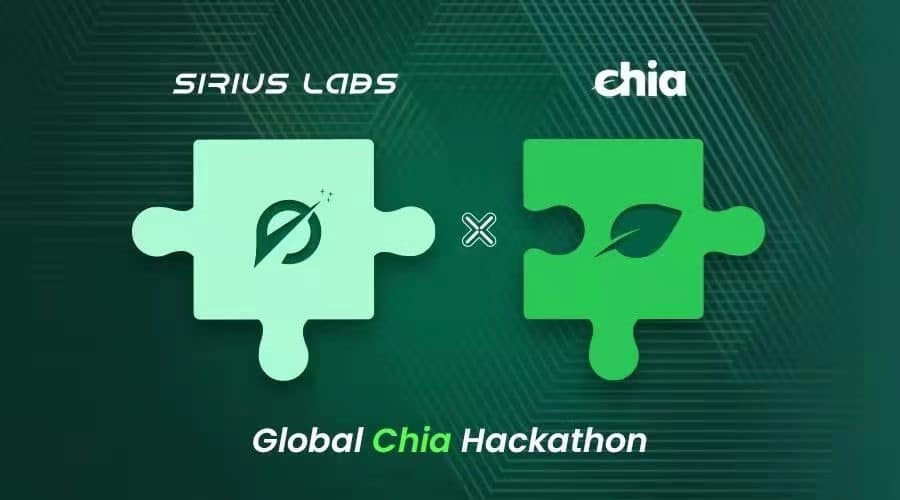 Hackathons became largely widespread and start to be increasingly admired by blockchain companies and investment institutions as a way to quickly build new applications and to locate new areas for innovation. Lots of outstanding projects were born from these hackathons, which bring together excellent talents to shape the future of blockchain industry.

Sirius Labs, together with Chia Network and lots of strategic partners, hosts Global Chia Hackathon, which will be taking place entirely online from 17th July to 30th August 2021. We want to attract strong technical teams/developers to see what can be built on Chia network.

Sirius Labs offers $500,000 as prize pool and a final prize of up to $100,000 will be delivered to the winners, and the first 100 successfully submitted projects will receive a limited edition NFT!

Chia Network was founded by the creator of BitTorrent, Bram Cohen. It also includes executive leadership from the former founder and CEO of eMusic.com and Vindicia, Gene Hoffman and also Misha Graboi as Chief Financial Officer, who was formerly an internet equities analyst for Europe at Goldman Sachs and held various roles at PAAMCO Prisma, most recently as the CEO of PAAMCO Asia.

Chia, referred to as the green Bitcoin alternative, is based on Proof of Space and Time consensus algorithm. Chialisp is new programming language and “a fundamentally better way of building smart transactions than what’s been build in the past”. It is powerful, easy to audit, and secure.

Sirius Labs, headquartered in Oslo, Norway, is a venture capital firm, which focuses on early-stage investment and incubation in the arena of science and technology. Our team comes from the United States, Norway, France, the United Kingdom, Japan, Australia, Singapore and other regions.

Sirius Labs launched Sirius Hackathon in 2021, aimed to build a thriving community of blockchain developers worldwide and connect great ideas with investment institutions. We appreciate every original idea and help bring it to a highly developed state before introduction to the whole world.