SP4C3, which has recently gained a lot of attention in the European Fin-tech industry, is dedicated to advancing financial and non-financial applications of the Ethereum Network.

Eimantas Tomkevicius, who was born in Lithuania, previously worked in the IT and information consulting services business, providing corresponding consulting and advisory services in the Swiss-Sino Chamber as a Board Advisor. In 2014, he founded a 3D printing smart hardware company in St.Petersburg, and gradually entered the technology and finance industry. Was a co-founder of a Solar energy provider project whereas supplied renewable energy to the biggest Lithuanian energy supplier. Moreover, for the first time, he combined blockchain technology with the 3D printing industry. He joined the Ethereum Network ecosystem back in 2017 and has since committed to the implementation of this technology in real life.

With the rising needs for Internet cloud storage and blockchain distributed storage, Mr. Tomkevicius, with his keen business sense and industry experience, believes that the combination of AI cloud computing and distributed storage and the use of blockchain technology will break the monopoly of traditional Internet giants. This will also be a huge industry opportunity for Ethereum Network to combine financial and non-financial applications and help the blockchain technology to land.

As blockchain technology is gradually being applied around the world, both Vitalik Buterin, the founder of Ethereum Network, and Eimantas Tomkevicius believe that the blockchain industry is not only about making tokens that facilitate transactions between tokens, It’s a technology that can actually help technology and society move forward.

SP4C3, built with the infrastructure of AI cloud computing and distributed storage network, is not just a single blockchain project, but a technological bridge linking different ecosystems.

Elon Musk, CEO of Tesla, announced the release of the super neural network supported by AI technology achievements such as pure visual autonomous driving system, Dojo supercomputer system, and self-developed D1 chip on August 19, these systems are also built with AI reasoning of vision and image as the core.

In the future, both Tesla’s onboard AI chip and other intelligent terminals need to be supported by the computing power network composed of powerful AI computing power centers in different regions. Of course, at present, this is a closed Tesla ecosystem, which cannot help other ecosystems.

But SP4C3’s system is an open source system, SP4C3’s network will not only learn and use other open source code from the different tech industries to help build high compatibility but also will open source most of technology to be able to coordinate different ecological science and technology in development, not only will it accelerate the implementation and development of the technology, SP4C3 network will also gradually grow into a huge service network like Amazon Web Services or Google Cloud AI Platform.

In the near future, we will see the rise of SP4C3 Network in Europe, and its founder Mr. Eimantas Tomkevicius may become the Elon Musk of Europe, or even surpass him, bringing about a whole new tech revolution. 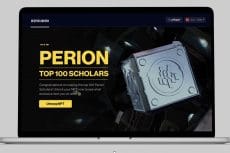 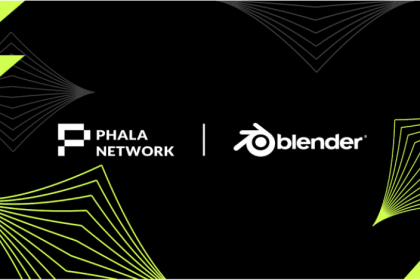 Phala Network Joins the B... 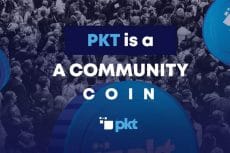