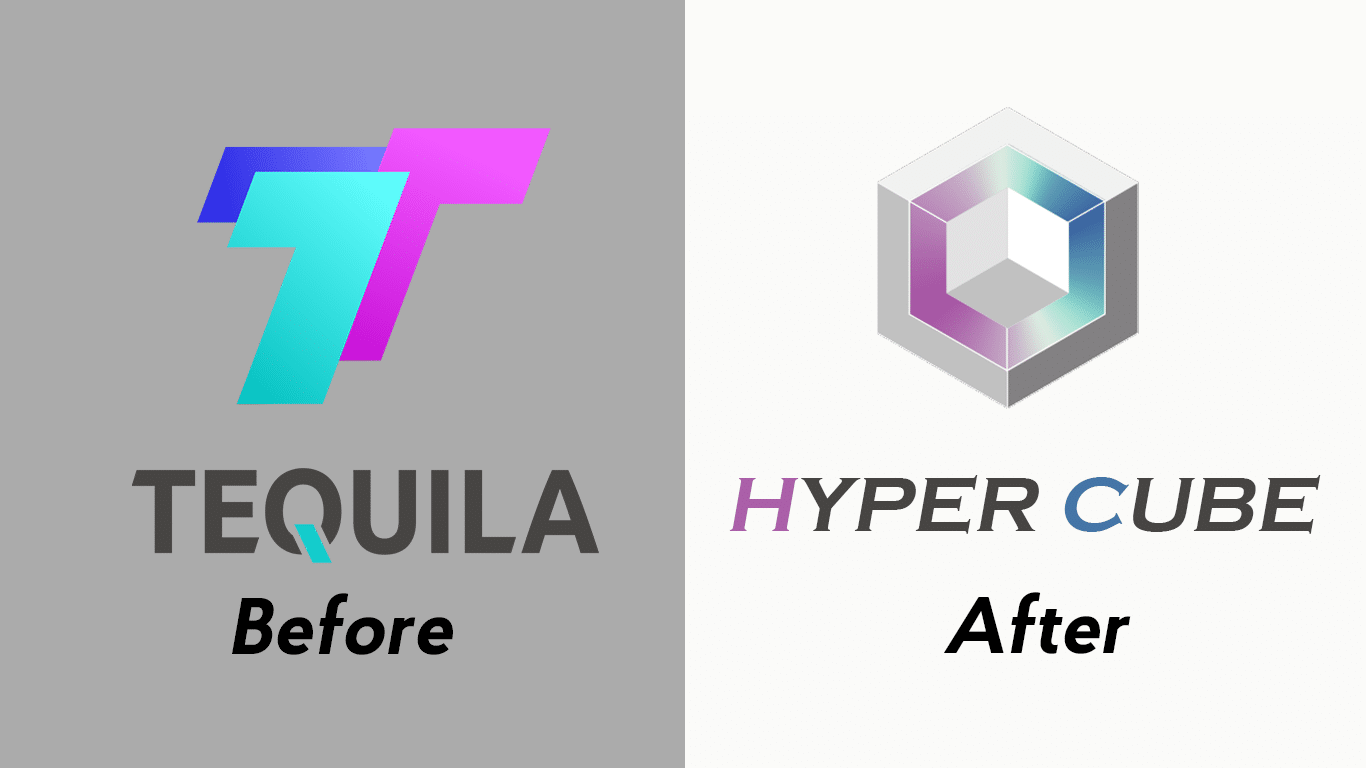 The new PoD-based HyperCube blockchain network will allow users to stake their coins with rewards up to 500% APY.

Moreover, unlike Ethereum, the new HyperCube blockchain will be a low-inflation blockchain with a low transaction fee.

Tequila Blockchain (TQ) has rebranded itself to a new name dubbed HyperCube (XPZ). The developers kickstarted a rebranding campaign with a new project – and found support from SpaceDEX.  SpaceDEX, a truly decentralized exchange will support the rebranding since Tequilla and HyperCube is sub-projects of the DEX protocol.

The ticker symbol for the native token would change from TQ to XPZ.  The TQ to XPZ conversion will happen in the ratio of one-to-one.

Lead developer John Casper stated that HyperCube will remain at its decimal point without alteration as a result of this improvement.

“We want the transition to be smooth, and the entire economic system to be stable. We are concentrating more on the progress of underlayer technologies. HyperCube will become a powerful component of Ethereum in the future, challenging Ethereum’s current dominance in the smart contract platform.”

The renewed website notes that HyperCube will be a natural continuation of Tequila Blockchain. Lead developer Shawn Buzzwick has been working over the past year to bring this project live.

Tequila Blockchain’s relaunch includes a new Proof-of-Dedication (PoD) consensus layer called Minos, which makes transactions securely encrypted and fast. The new PoD consensus is designed for scalability, and it promises to reduce transaction confirmation time to less than a second.

“By marrying the underlying technology behind Bitcoin and Ethereum’s success — the same fixed supply, halving schedule, and genesis block – with the latest Proof of Dedication consensus and protocol governance, Minos opens the door to previously impossible possibilities.”

The low network cost will allow developers to create and trade new coins in addition to creating projects on the HyperCube blockchain. Users should upgrade their TQ wallets to the new HyperCube Wallet, according to the HyperCube creators.

In the new TQ wallet, which will also be rebranded HyperCube Wallet, users can begin earning free HyperCube coin.

The statement states that XPZ staking will be critical to the network’s security. Staking rewards are also quite lucrative, and traders can use their XPZ token to create passive revenue by staking it.

“Tequila Blockchain has officially changed its name to HyperCube and has obtained SpaceDEX backing for its upgrade.”

The Minos protocol, which will enable double mining and Ethereum EVM compatibility, will be released in the autumn, and the entire HyperCube system will benefit from Ethereum’s large ecosystem and community.