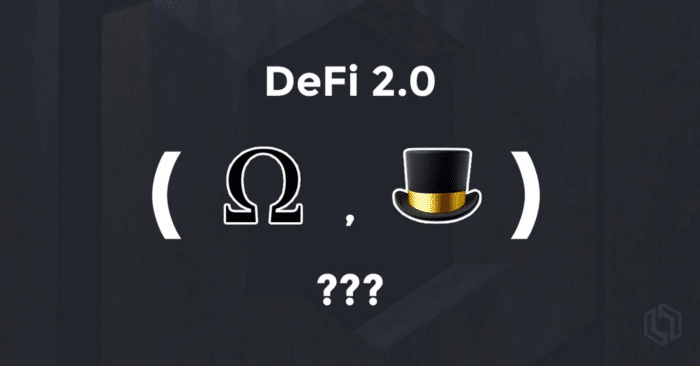 Defi 2.0 is a term that is still finding its narrative through excessive APRs and multiple blockchains. More specifically, Defi 2.0 is almost synonymous with projects like Olympus and Wonderland, which are trending hard and fast right now.

Users are in awe of the massive returns and APR of these protocols that it’s attracting all kinds of capital and not only from the crypto community!  This means that if you invested $1,000 in OHM today and staked it for a year, you would have $80,000 at the end of the year.

OlympusDAO is one of the first protocols that came about in this new wave of DeFi 2.0, and it has some lofty ambitions. It wants to be a trustless, decentralized crypto reserve bank backed by a basket of crypto assets. 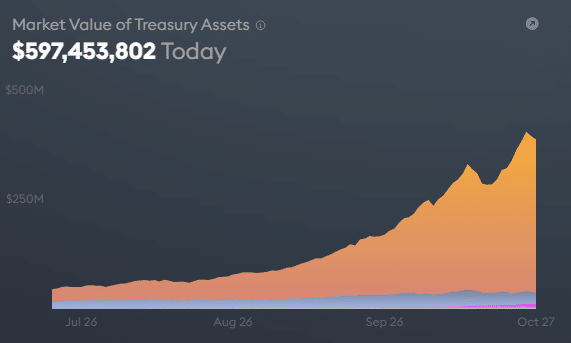 Graphic 2. Owned Liquidity. Unlike the pioneers of DeFi 1.0, the Olympus treasury grows because assets are being “sold” to them in exchange for tokens in a service they call Bonding.

Remember, DeFi 2.0 changes the relationship with capital holders. Instead of renting liquidity, protocols aim to own their liquidity. Users with capital sell their assets to the OlympusDAO treasury to receive discounted OHM tokens in their process called “Bonding.”

The assets in the treasury provide revenue for the protocol and increase the risk-free value for each of the tokens. Users are then incentivized to lock away the tokens that they receive through this process byways of staking (taking away sell pressure).

The $OHM token is trying to be both a store of value and also a unit of exchange. And through OlympusDAO, the OHM token is issued and managed based on its monetary policy.

Therefore, OHM neither wants to be a purely speculative store of value like Bitcoin nor does it want to be pegged to a certain amount like a stable coin like USDT or USDC. It sits somewhere in the middle.

Here are a few interesting points about the OHM token: 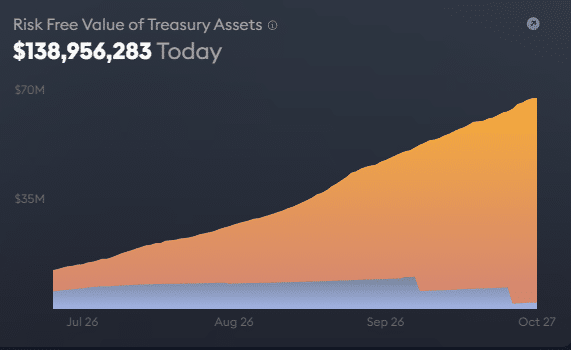 Graphic 3. Risk-Free Value is the number of funds the treasury guarantees to use for backing OHM. As of today (October 27, 2021), there is $182.09 backing each OHM. Suggest that if everyone suddenly lost faith in OHM, there would still be ~$182 per OHM.

From the success of OlympusDAO, a bunch of forks or copies of the project’s code appeared, trying to chase the same success that Olympus had gained. Among the forks, Wonderland.Money is the most popular.

Its popularity is likely due to a couple of things:

As explained above, since Wonderland is a fork, the protocol largely remains the same. See the quick comparison table below of the two protocols:

What’s Next For Defi 2.0: Brinc Finance

While OlympusDAO and its forks are leading the charge for Defi 2.0 currently, some innovative new protocols and assets are being developed with the same values in mind.

One of these new projects is Brinc.fi and its token $BRC. $BRC is a digital asset that can only be bought by depositing funds into a reserve i.e. a public Ethereum wallet address; one hundred percent of $BRC tokens in circulation are backed by these reserve funds. This means that every $BRC token is backed by the funds that were used to purchase them as opposed to the majority of cryptocurrencies which do not have any form of reserves or backing.

The minting, burning, and control of all $BRC tokens are completely done by smart contracts so that the token supply of $BRC is always decentralized and free from manipulation or arbitrary actions of the team behind the project. 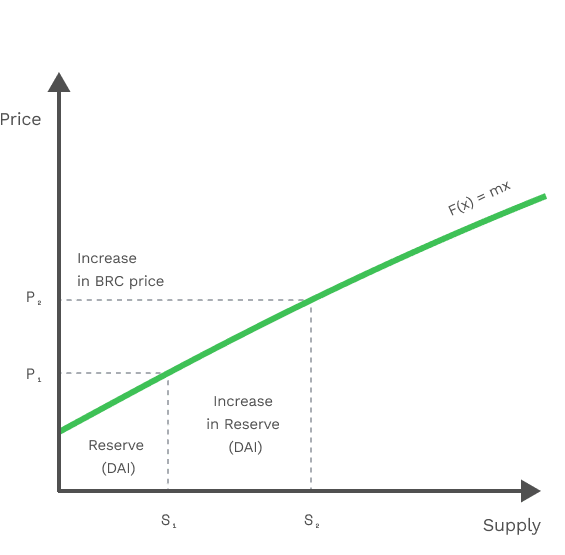 No one, not even the founders, team, or community receives a single token without paying i.e. depositing to reserves. What makes Brinc different from all previous crypto projects is that it is providing real intrinsic value: