As Ukraine Fights Russia, Citizens Have the Opportunity to Vent Their Anger Through Cats at Arms 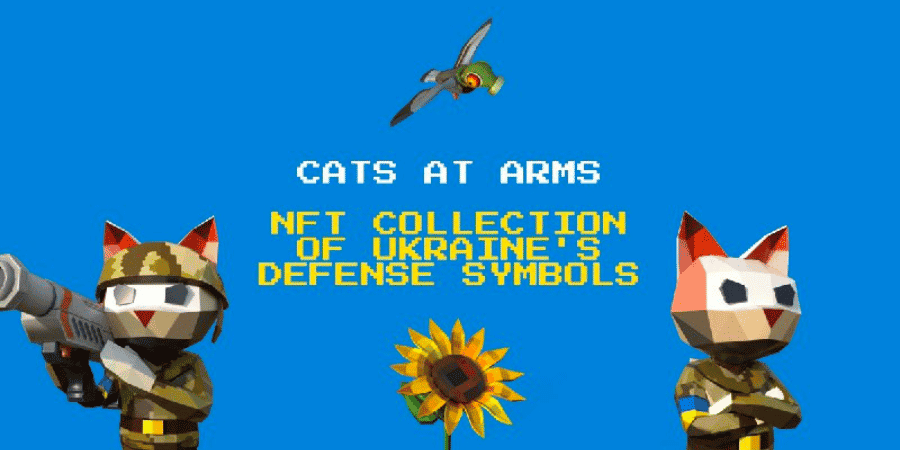 Developed by a volunteer team of Ukrainian developers, Cats at Arms takes place in the Armed Forces of Ukraine Territorial Defense. It includes cats who fight Russian orc hordes and neutralize their war bosses.

Russian aggression on Ukraine is the inspiration for the game, which has escalated into a full-scale war. With the increasing numbers of civilian casualties, this game gives Ukraine citizens a way to express their anger and feel relaxed. Additionally, users can connect their mining equipment or Bitcoin and Ethereum wallets with the game.

The company said the game aims to help fellow citizens throw off stream by shooting orcs and raising funds for charity. As Cyberpolice had previously worked with other developers and sold charitable NFT, and assisted the Cat Drive team in collecting cryptocurrency.

The NFT collection will be sold on the Boca Chica platform.

Cats at Arms already offers virtual combat at well-known locations: Chernobaevka, Gostomel, and the cruiser Moscow. In addition, the player is required to defeat the orcs’ leaders, including the don, mustachioed cockroach, and Mordor’s minister of unnecessary affairs. Players can purchase cat upgrades when they complete combat missions, such as pumping a gun or adding new cats to their team.

The game had recently announced that it would release an update that will add the main criminal, which the game lacks currently. The company also said that it is planning to release an iOS update soon. With the company’s growth, the Cats at Arms team plans to release more updates as the game grows in popularity.

About Cats at Arms

The game Cats at Arms was developed by a group of Ukrainian volunteers. In the game, cats fight hordes of Russian orcs and neutralize their war bosses as they protect the Territorial Defense of the Armed Forces of Ukraine.