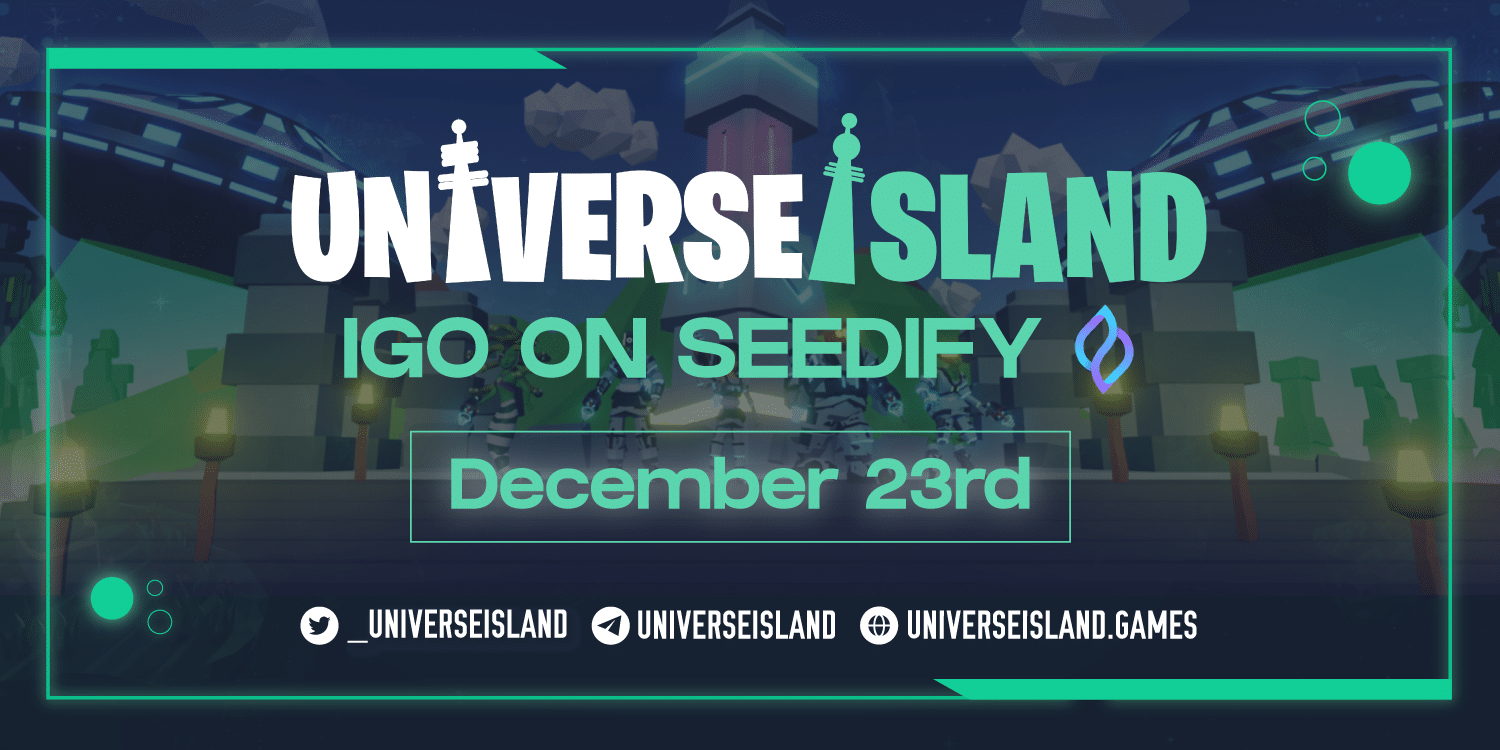 Universe Island has just announced its highly anticipated IGO and token sale. The IGO and token sale has been scheduled for 23rd December, which will see an allocation of UIM tokens worth $300,000 at an IGO price of $0.00021. The IGO will also see 20% vesting on Token Generation Event (TGE), followed by 4-month monthly vesting. $SFUND token holders will also be eligible to purchase $UIM tokens and enter the metaverse of Universe Island. The IGO will take place on the 23rd, with the pool open until 3 PM UTC, with Phase 2 beginning at 5 PM UTC.

The $UIM token is the primary token of the Universe Island ecosystem, acting as the primary economic driver of the game and ecosystem. Players pay their in-game rewards in $UIM tokens, with token holders also able to stake their tokens and earn staking rewards. The total supply of the $UIM tokens has been capped at 100,000,000,000 tokens. The token has several uses, some of which are as follows,

Universe Island is a classic third-person shooter game packed with a riveting underlying story and NFT integration, allowing players to experience cryptocurrency rewards and NFT equipment progression, along with beautifully woven story-driven action. Players compete with one another while also battling AI enemies to become elite players. The game’s play-to-win ecosystem is powered by the UIM token, which powers the ecosystem.

The Universe Island metaverse is constantly expanding, with no cap on the number of maps or islands featured in the game. Players will spawn at different ends of the map, competing against each other in various game modes such as 1-vs-1 or multiplayer. Players claim victory by shooting down the other player while avoiding AI-controlled enemies. Each game typically lasts around 5-7 minutes, with winners rewarded with UIM tokens.