YAY Games Partners with SmartEcoSystem for Their New Smartphone Release 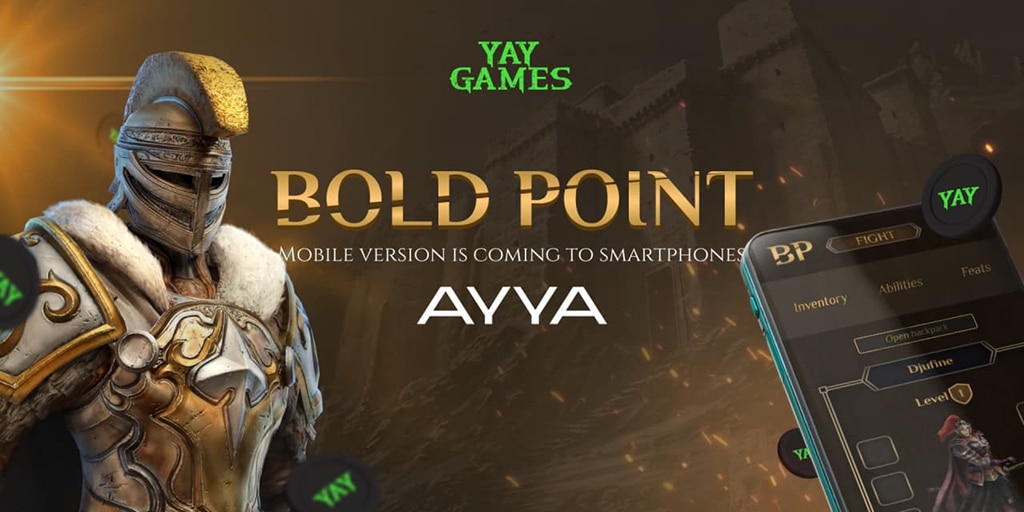 With the mobile trend sweeping over the world, more and more internet users spend increasingly larger amounts of time on their smartphones and tablets. Mobile gaming, in particular, has been a driving force behind the growth of the gaming industry, being responsible for almost 50% of the video game revenue worldwide.

As the penetration rate of mobile and smartphone usage continues to accelerate, it is no wonder YAY Games, a decentralized gaming marketplace, has established a partnership with SmartEcoSystem company to bring an exclusive smartphone product.

SmartEcoSystem specializes in the development and production of consumer devices operating in LTE and 5G networks. They are engaged in designing and developing relatively simple data transmission devices and complex hardware and software systems.  Currently, the company’s priority is the development of products for data transmission in LTE networks as the most widespread in Russia and the world.

One of the essential directions of the company’s activity is the development of smartphones under the AYYA brand with a further release on the market. The AYYA smartphone presents a unique ecosystem that opens up access to useful intelligent features for a wide range of users to make their life easier and safer.

But what’s more important, AYYA smartphones will be released with a pre-installed copy of Bold Point. As a groundbreaking NFT role-playing card game, Bold Point is the first flagship product of the YAY Games platform and will be released on Q4 of this year.

Besides the above-mentioned, YAY Games and SmartEcoSystem have also discussed launching a limited version of AYYA Smartphones dedicated to the release of Bold Point. This new model will provide users with a new level of communication security.

“We are pleased to announce the release of a limited batch of the AYYA Bold Point smartphone. YAY Games is launching a truly innovative product on the market, which fully corresponds to our company’s philosophy. AYYA smartphone and Bold Point game represent the development of already familiar products in new directions.”

YAY Games provides a platform for decentralized games built on Blockchain technology. The games featured on YAY store all in-game data like achievements, objects, actions in the public domain. Thus, it’s completely impossible to twist game mechanics in favor of the administration or the players.

YAY took the best of gaming and crypto industries by adding innovative mining game mechanics, which include the incorporation of and Non-Fungible Tokens (NFTs) tokens and Decentralized Finance (Defi) features. The platform was built to target both gamers, crypto enthusiasts, and newcomers to the decentralized gaming industry.

Through the use of blockchain technology, YAY creates games for players to easily immerse themselves in fascinating virtual worlds, earn in-game achievements, participate in battles both against humans and computer opponents, and at the same time earn money while playing.

Our research-based commentary: “Based on the analysis results of the decentralized games market at the end of 2020, we realized that the threshold for entering Defi games projects is very high for ordinary users, both in terms of financial investments and in terms of technical literacy. Therefore, we decided to develop a technical platform which will allow ordinary players to get acquainted with the crypto industry and decentralized projects by creating a friendly game with a very low entry threshold.” This decision was the Bold Point. Bold Point is an NFT-based collectible card RPG game using innovative mining mechanics. Thanks to its own Sidechain technology, Bold Point allows players to dive deeper into the world of decentralized finance and crypto industry and get all the benefits of financial innovation without connecting their real wallets: in fact, Sidechain is a sandbox within the game’s circuit.

In Bold Point, gamers will have an abundance of options. Level up your character, gain experience in battles, learn devastating skills, and improve characteristics, thereby making your character stronger enough to fight in the battle arena.

All characters and achievements are unique NFT tokens that can be collected, bought, sold, and exchanged on the in-game NFT market. The game is based on an innovative gaming model at the junction of the Play-to-earn and Free-to-play models, where players can earn money without investing their funds to start the game or increase the value of their virtual assets.

For such projects, Bold Point is incredibly easy to explore and play. It’s pretty easy for newcomers to enroll in the world of decentralized finance with the help of educational and game mechanics. The most friendly approach is used to start the game – upon registration, Bold Point will carefully guide you through all the necessary steps.

YAY is a decentralized gaming marketplace designed for gamers, traders, and farmers that merges the gaming sector with decentralized finance.

YAY, at its core, is a gaming marketplace platform that is introducing multiple games in a decentralized way, utilizing blockchain technology to diminish the gap between games and decentralized finance.

We bring the regular gamer into the blockchain by adding innovative in-game mining mechanics, farming pools, and non-fungible tokens to casual games. Thus, rewarding the user based on the number of games played, achievements accomplished, tournaments, and more.

Do not miss your chance to join us on this journey through the blockchain. Follow us on Twitter, Telegram, and Medium.